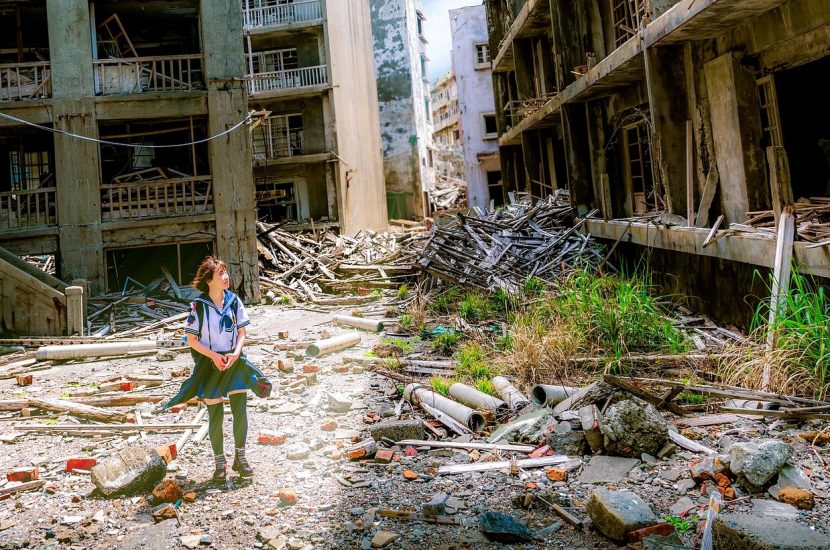 Why is love bombing called what it is?

If you’ve ever seen the effects of one, the answer will be obvious.

In a love bombing, someone is trying to curry favor with a target and the people in their circle.

When the emotions, the lies, the manipulations (also known as “the bomb”) comes to the surface, it doesn’t just injure one person. It affects the whole group.

Some members of the group are affected more than others, like in a regular bombing.

The sociopath leaves a disaster in his or her wake.

What is ‘love bombing’?

Love bombing is an attempt to influence a single person by demonstrations of overwhelming attention and affection. The actions are aimed at one person, but others are affected as well. As a dysfunctional tactic favored by sociopaths and narcissists when in a family, worksite, or group of friends, the sociopath’s actions don’t affect only one person. He or she affects the entire group.

The amount of damage they can inflict on the lives of others is breathtaking. The sociopath or narcissist takes careers, relationships, happiness, and the emotional stability of others down, destroying or damaging them. Motives can be hard to understand. Some speculate these sociopaths are empty spiritually inside like they have no soul.

You can spend a lot of time wondering why they do what they do.

It’s essential to remember sociopaths and narcissists can be male or female. You’ll never succeed in picking them out in a crowd. There’s no “one look” to them.

In recent years, the terms sociopath and narcissist were abandoned by the mental health profession. The new preferred term is antisocial personality disorder. These people are described as having a bundle of dark personality traits. An umbrella term may be preferred because both of those types of personalities can be characterized by long lists of terms. An individual will have some but not all of the characteristics on the list.

No matter what you call them, the effect they have on others ends up being destructive.

The effect is what you need to focus on. That’s most helpful.

One sociopath and his girlfriend

Matt met Terri in Virginia. At the time, she had recently broken up with her long-time boyfriend. “I’ve never met anyone like her before,” he said to her and her friends.

She was the smartest, wonderful, incredible woman in the world, he said.

First came all the teddy bears. When he found out she collected unicorns, he bought her those too. She was better than him, but she had to be his. Had to.

With his demonstrations of affection, Matt worked on Terri’s mom too. He told her mom she was responsible for turning him around for making him into a better man. Yes, he had some run-ins with the law, but that was going to be behind him now that Terri was going to be with him.

Matt emotionally worked on her father and her girlfriends as well.

In the beginning, Matt’s behavior was perfect and plausible. There’s nothing wrong with someone thinking you’re lovely.

I heard the story after Matt had gone through her entire unicorn collection. He threw the ceramic ones out of their second-floor apartment window. The figurines shattered on the asphalt below, the stuffed ones Matt ripped apart or cut with a knife. Matt’s behavior at the end of the relationship was designed to physically and mentally hurt Terri to destroy her.

To help Terri was to risk crossing Matt, but Terri’s friends did anyway. That’s what you do when your friend gets threatened and when someone is exceptionally cruel. The perpetrator crosses a line.

When Terri finally did leave, Matt played psychological games with her to get her to turn on the people who had helped her get out of there.

She turned around and accused others who had helped her of trying to ruin Matt, taking it up with their bosses.

If the bosses had been the type who meddle in the affairs of their employees, there would have been firings and all kinds of fallout.

Matt had told Terri what she wanted to hear in the beginning. Terri, you’re special.

The previous boyfriend had been uncertain of so many things. Could they stay together with him going away to school? Did he still want to be with Terri after being together with her since high school?

Matt, Terri, and the former boyfriend were all in their early 20s.  Matt was confident, had a plan, and was so loving. She followed him into the Army, where he swore he’d make something of himself.  His violence, however, wasn’t routine. His psychological cruelty toward her wasn’t typical.

It surely was visible before she left Virginia. It surely was evident in the way he spoke about people they knew, old girlfriends, and the way he treated waiters and waitresses at restaurants.  You only have to realize the signs were signs when you see them.

Standards are the key

The boss believed work was work, and home was home. He thought they needed to be kept separate. As long as home didn’t affect work – and the work was done – employees were free to conduct their personal lives as they saw fit.

It was only that belief that saved the jobs of the people who tried to help Terri get away.

While there are problems with that outlook sometimes, that was the way it was with this particular leader.

Terri could have had the standard where she would only get married after a period of dating.

Terri’s friends could have had the standards where they didn’t suffer fools and gave Matt and Terri a wide berth.

Conversely, they could have had a robust anti-psychological abuse stance and shown up with some gang members and sent Matt packing after they beat the hell out of them.

That would have ended up with a trip to the police station and jail.

Nevertheless, standards guide you toward some kind of resolution, imperfect as the resolution and the standards themselves may be. They also seem to keep you out of involvement with these sociopaths and narcissists.

How to spot a potential love bomber

Once you’ve encountered one antisocial person, you can spot others a mile away. You see the antisocial individual working their way through the lives of others in a circle, flattering, offering overwhelming attention, getting favors, being unreliable, backstabbing, and sowing chaos and discord.

While you’re on to them pretty early on in the process, others won’t necessarily be.  If you try to warn others, at best, you’re going to be seen as an alarmist. At worst, you’re someone persecuting this poor, innocent, charming person.

Flattery is always more agreeable to listen to than the truth and your suspicions.  You might even go over an article like this one about how to spot a psychopath.

There’s not a certain number of signs before they are or aren’t considered a psychopath, sociopath, or whatever you want to call them. It doesn’t matter. People get hung up on definitions. The lying should be enough, so should the amoral behavior. Lists like the one above are a way to trigger reflection to help you realize when there’s something not quite right with the individual.

Being a good person won’t repel a potential love bomber the way standards will.

“I’m sorry. I don’t believe in loaning friends money. That can ruin friendships.”

“I’m sorry. I don’t believe in going out drinking the night before I have to go to work. I only party on the weekends.”

“You get one round, I’ll get the other.”

These sociopaths are primarily interested in screwing up other peoples’ life. Standards repel them.

Can you shield friends from a love bomber?

Keeping yourself out of the mire is easier than it is trying to keep other people out of the swamp.

Others can be too worried about being “nice” rather than fair or whatever.

When it came to friends, my grandmother had a little saying she must have gotten from a song she heard as a girl: “Make new friends but keep the old. One is silver, the other gold.”

When one of these individuals moves into your life, they come in with a lot of flare, flash, and excitement. However, because someone is charismatic, is fun, and has style, it doesn’t make them a sociopath or antisocial.

The sociopath’s colors get revealed over time. Antisocial individuals have been with us forever. Grandma’s wisdom is to treat older friendships with more value than newer ones because they’ve had time to prove themselves. That was as true 100 years ago as it is today.

If you’re the one being targeted by the antisocial individual (or suspected antisocial individual), keep your head. Watch how they speak of and treat others. If anything is excessive or if they’re not particularly charitable in their dealings with others, realize you could be on the other end of that wrath.  They tend to move on to easier targets. It’s easier for them to target weaker individuals than stronger ones for their games.

Being firm and friendly seems to be the best defense.

Keep and maintain a dream journal. While your conscious mind can be going along with what the potential antisocial individual can be saying and doing, your subconscious mind can have its reservations. The subconscious will often tip you off in dreams as to what those reservations are. There’s nothing better than remembering and writing your dreams down in a dream diary to get a general feeling for the overall themes relating to this period in your life. The incongruities of the love-bombing sociopath can stand out in dreams, especially if you notice a theme.

Not everyone is a sociopath, so there’s no reason to have a lot of anxiety about meeting others. If you find yourself becoming anxious, try this anti-anxiety hack. Learn from experiences, good and bad.

Remember, the reciprocity instinct is strong. You need to tell yourself you don’t need to repay anything right away. There’s time for that later. Acknowledge the compliments and move on for the time being.

From time to time, you hear about a relationship that started with a bang and continues forty, fifty years later. Realize whether or not it started quickly isn’t important. If the couple was meant to be together, it could have as well proceeded after a period of courting too. A couple of weeks like Matt and Terri had isn’t enough time to know much about any dark personality traits someone has.  A period of getting to know the other is the best way to shield yourself and others from the effects of a love bombing. There is no other.

Antisocial people always reveal their true nature sooner or later. It’s better not to be around when they do.