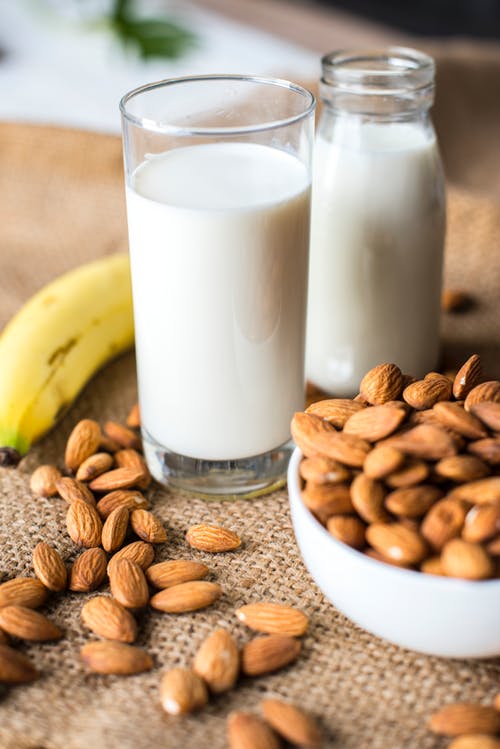 How well do you think you’d sleep if your muscles kept twitching all night?

The next time someone gives you a hard time about eating somewhat healthfully, tell them twitching all night might be fine for them. You, on the other hand, like to rest when you sleep.

Unless your body has a problem with absorbing magnesium or gets rid of it too easily, it’s relatively easy to get enough. It’s in a lot of different food.

Some relatively common problems that can lead to magnesium deficiency include drinking too much alcohol, certain gastrointestinal disorders, and the side effects of some psychiatric medications and proton-pump inhibitors. These medications include Paxil, Prozac, Zoloft, Celexa, Lexapro, and Effexor on the psychiatric side. On the proton-pump inhibitor side, magnesium depletors include Prilosec and Protonix.

If you don’t get enough magnesium or you keep shedding the magnesium you need, be prepared for some sleeplessness.

That’s not to mention effects to your heart, nausea, vomiting, numbness, and tingling.

Not getting enough magnesium can be rough.

So magnesium levels may not directly affect the sleep process the way melatonin does.

A lot of different problems can result in an individual not sleeping.

When you’re trying to help yourself sleep better, it makes sense to consider what’s affecting you and harming your ability to sleep.

It’s common to think the problem is a lack of melatonin.  Some expect melatonin to be some kind of magic bullet that’s going to get you a full night’s rest.

Unfortunately, melatonin supplements won’t help one bit if the problem is not enough magnesium.

Ninety-nine percent of the body’s magnesium is located in the bones and muscles.

Too little of the stuff – or the right amount unabsorbed – and you won’t be sleeping.

People who get too little magnesium in their diet report feeling anxious. They say their muscles twitch.

The twitches will keep you awake. Replacing the missing magnesium will definitely help.

That’s how magnesium has a powerful sleep effect. If you’re feeling high strung and your body is acting like that, it’s going to be hard to fall asleep.

What else magnesium does for you

Magnesium’s effects are often misunderstood, as is common with all vitamins. People tend to consider a given vitamin or mineral in isolation. Many vitamins assist in allowing necessary reactions to occur in the body.

The mineral plays a part in over 300 processes in the body. You really do need the stuff.

It helps the bones assimilate calcium. It prevents the body from retaining too much calcium in the arteries and raising blood pressure.

It also helps diminish the likelihood of kidney stones.

Getting enough magnesium also makes it less likely that the person develops diabetes.

It’s natural to want to put things in their simplest terms. Still, when you do, it’s misleading. The trouble is nutrition is all damned complicated and, if we’re being honest, poorly understood even by experts.

There’s plenty of work for scientists now and in the future to sort the whole picture of the effects of this mineral out.

For now, they distill all the complexity into a handy chart, the food pyramid. This chart is open-ended but very important.

When it comes to selecting what to eat, realize that taste and convenience are subjective. The food pyramid is objective.

Some say your body is like a machine. That’s pretty much true. Following the chart should be your first concern when you’re deciding what to put in it.

Build good habits. When you’re going to rest, you need a program of actions that help you get enough rest. Then follow that program.

A lot is going on with vitamins and minerals.

First, the vitamin or mineral has to be absorbed. Then it’s used in a variety of chemical interactions in the body, often in multistep processes and often in conjunction with other vitamins or minerals. Then it has to be excreted.

There’s all that, then you have to consider how people have individual characteristics with their bodies, their diets or their other medications that influence how they absorb and utilize a given nutrient.

You can’t get precise answers. You can get educated guesses, however.

That’s what it means when they talk about a “recommended daily allowance.”

It’s the best information the scientific establishment can put together for the far majority of people.

Some people don’t deal well with open-ended answers like this. Psychologically we like to be in control. We like to be able to do something that pretty much involves pushing a lever and get a guaranteed result.

When it comes to nutrition, it doesn’t work like that.

However, if you follow the relatively flexible guidelines, you should be fine when it comes to avoiding a nutrient deficiency.

It’s wonderful that there are many paths to a well-nourished end. If there weren’t, we’d all have to be eating some optimal prefabricated food. Even our pets don’t like to eat the same thing every day.

What magnesium supplement should I take?

Critics often say magnesium supplements aren’t as important as melatonin for helping someone get to sleep.

They often base this opinion on their personal experience. They tried a supplement and found the supplement didn’t help.

They also complain about the gastrointestinal effects.

Still, we saw earlier how easy it is to get enough magnesium in a regular, healthy diet.

The problem is if you’re not absorbing it, or getting rid of it, or something like that.

Maybe they didn’t have a magnesium deficiency. Supplements, after all, were created to fix some nutrient deficiency. If you eat a balanced diet with plenty of fruits and vegetables, you’re probably going to be getting enough magnesium.

Others swear by the supplement. They say magnesium helps them deal with their depression and anxiety and relaxes their muscles.

Not to mention the laxative magnesium has. A lot of people have problems moving their bowels due to them not having a recommended daily quantity of fiber.

Magnesium helps to compensate for this lack.

In this case, maybe they had a magnesium deficiency. Maybe it’s a case of the placebo effect. Either is possible.

When people think of healthy diets, they usually consider the role of food on a person’s weight.

Diet affects so much more than weight.

It’s found in leafy greens like spinach, in various nuts and seeds, and in many grains.

Also, milk, bananas, and almonds, like at the top of the article.

There are so many options for magnesium intake. A salad with some sunflower seeds; a peanut butter sandwich or a handful of peanuts; a bowl of bran cereal. The list goes on and on.

Let’s be clear: pepperoni pizza, fast-food hamburgers, and fries aren’t known as “nutrient-dense.” When a nutritionist says a diet isn’t nutrient-dense, it means it has a high caloric value compared to the number of nutrients. Healthy foods are denser in nutrients compared to the calories. More calories generally means more weight on someone’s belly and thighs.

Many people have terrible diets for a variety of reasons. Yet eating one relatively healthy item during the day could very well put someone in the range where they will probably get enough magnesium to help them.

For a bona fide junk food junkie, it’s not enough of a change to get them in shape, but it should be enough to get them enough magnesium.

Add some foods that are rich in Vitamin D and they’re going to be able to utilize that magnesium. Vitamin D is found in fortified milk and is made by the body when in the sun.

Then, just like that, you have a whole chain reaction of health.

It’s always a better idea to add healthy food to your diet rather than find a new over-the-counter supplement.

Preventing a sleep disturbance due to too-little magnesium can be simple. Eat healthfully. If you eat recommended quantities of the different food groups you should be covered at least as far as having enough magnesium to help you go to sleep.

And if you develop enough of a taste for healthy food then you’re likely to avoid the deleterious effects of being overweight upon your sleep.

Experiment. Find daily practices that work for you.

Often it can be easier to say something than it is to do something about the problem.

Instead of potato chips, substitute nuts. Maybe switch to cereal with a higher magnesium content, like bran. Maybe talk yourself into liking foods you currently don’t care much for. Cut way back on drinking alcohol.

It depends on what’s holding you back.

The great thing is even if you think you might be borderline when it comes to getting enough magnesium from good nutrition, eating well can’t hurt you. It can also help you in other ways beyond sleep. Eating well, eating healthfully and according to the nutrition guidelines, means getting the basics right.

Yes, magnesium is very important when it comes to sleep, but no, if you do the big things right, you shouldn’t need a supplement, unless there’s some other factor coming into play.