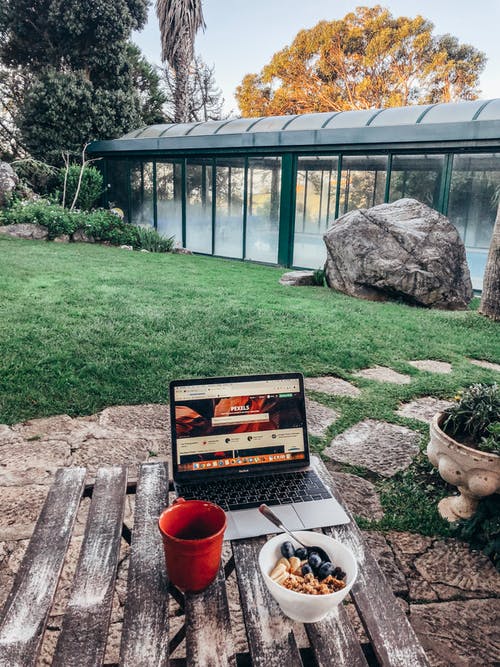 You don’t always have to ingest or inject some substance to take medicine. Your body, wonderful living “machine” that it is, is like a compounding pharmacist. It makes a lot of its own.

People don’t think of their body making its own medicine, but it does every hour of every day of every year. Your body produces a variety of compounds. They’re like the ones you ingest or inject when you take medicine. No pills, needles, pharmacy bills or cups of water needed!

The medicine your body makes for itself is the best there is. It’s top quality. It’s very likely to be just the right amount unless you’re abusing it in some way. You’re less likely to make too much or too little for yourself if everything is working right and you’re treating your body well. The key is to help your body function as well as it can.

So what you’re saying is that to get the best drugs possible you need to take care of your body?

That’s exactly what I’m saying. Drugs are compounds and whether you ingest them in pill form or just feel the effects of what your body is making for itself, it’s still a drug. To get the best stuff possible, you need to do all of those things your coaches and teachers taught you about back in elementary school and junior high. You need to take care of yourself. Treat your body like it’s the most valuable possession you own. It probably is. Have you ever seen what a kidney goes for on the black market? The thing is, is that you’re more than your kidneys. You’re, like, a lot of organs.

The mystery of serotonin

The action of some of these substances that the body makes for itself is complicated. Like testosterone, serotonin is a great example. For centuries, science didn’t know anything at all about it. In hundreds of years of studying the body, we didn’t identify it until 1952, not so long ago in the overall span of medical science.

Modern science still doesn’t seem to have the full picture of how serotonin works. Many of the observations we’ve made about it over the years are contradictory. Too much serotonin is found in some conditions. Too little in others. It’s a substance of which concentrations go up and down. It should be something you’d want to be careful about adding or taking away. Sometimes you need more, other times you need less. How can you be sure of getting the level right?

Serotonin levels play a key role in the treatment of several mental health conditions. One of the main classes of drugs to treat depression is a class known as SSRIs. The drug class includes medications like citalopram, Lexapro, paroxetine, and fluoxetine.

An acronym, SSRI stands for Selective Serotonin Reuptake Inhibitors. The drugs work the way the name says. They lessen the ability of the body to uptake serotonin. This leads to higher levels of serotonin.

They link a deficiency in serotonin to mood and depression. Serotonin is elevated in some illnesses and depressed in others. Being ill is likely to make any normal person moody and depressed. It’s reasonable to say depression isn’t always correlated with low serotonin levels. It only correlates sometimes. An SSRI isn’t going to help all of the time when it comes to depression. In treatment, a lab will test the serotonin level in blood.

Everything that happens in the body happens through some part of the central nervous system. Serotonin mediates a lot of these transactions.

Smooth muscle allows the body to digest food. When we digest something that doesn’t agree with the body, serotonin levels spike and the offending substance is expelled as diarrhea.

It also plays a role in muscle growth.

Science used to think serotonin was only responsible for initiating sleep. Its role is a lot more nuanced than that. It also plays a role in keeping you awake. It depends on how the molecule is used by the body.

It does something when it comes to pain too. The amount of pain experienced can depend on things like mood and anxiety.

There’s a part in the equation for serotonin. Exactly what that part is, isn’t completely clear.

Therefore, too much serotonin is good sometimes, bad others.

The converse is true. Too little is good sometimes, bad others.

Some boring advice about serotonin

Knowledge is generally a good thing. When it comes to serotonin and some other things like that it’s easy to get it wrong, to mess up. Parts of its actions are puzzling to professionals, people who have studied the body for years, people who get paid to worry about these things full time, year-round.

What chance does the regular person have who just wants to make his or her body work better? It can be confusing, with no clear answer sometimes.

Some article about what food to eat that will cause your body to make serotonin isn’t going to change your life. Your body is still going make serotonin even if you eat a hamburger or pepperoni pizza or something else that’s not on that list.

Yet the article is essentially correct. You do need serotonin. Eggs, pineapple and other foods it mentions will help your body make it by providing the raw material.

Key in on having a healthy diet as defined by eating enough fruits and vegetables.

You should also key in on having a healthy weight and getting regular exercise.

The trouble is saying those things are about as interesting as watching someone beat a dead horse. We’ve all heard that stuff before. It’s nothing new.

Another trouble is that it’s true. Exercise is linked to combating depression. One of the ways it does this is helping it work better by releasing the correct amount of serotonin.

Even if we’re making it for ourselves, serotonin in the body is a drug like anything else.

The mind craves novelty. Magazine and book publishers need to sell magazines and books. Websites need visitors. If you tell readers and viewers the same old thing over and over they’re not going to visit your site.

Yet too-low or too-high levels of this compound can be a problem. It makes sense you want your body to work as well as possible so it can take care of the issue itself. You want to emphasize the fundamentals of health. Exercise. Get enough sleep. Develop good habits. Unless you’re studying for a career as a medical researcher, a wannabe doctor or practitioner, or a complete science geek, the talk about serotonin is nothing but a distraction.

If you are a medical professional or a wannabe, then you need to know all about serotonin and the rest of the body.

Maybe it’s good to have a passing familiarity with the name, but for the layman, it’s hard to utilize much more information.

The exception is you’ll want to know all you can about it if you’ve been prescribed an SSRI. You should know how your medications work. What they do. They’re going into your body after all.

Next: Your Guts Are An Emotional Center

1 thought on “Serotonin Is a Drug You Make For Yourself”