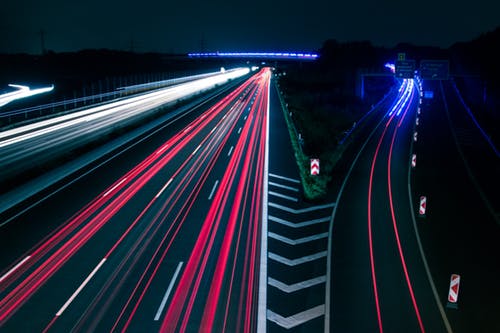 Is there a high-speed underground transcontinental railroad that extends underground from coast to coast in the United States?

Common knowledge suggests no. The bias, therefore, would say “no.” The existence of such a transportation system isn’t realistic. When would something like that have been built? How would it have been made? Tunneling through a mountain can take months – is it even possible to cross the entire continent underground without attracting too much attention?

Despite the bias, conspiracy theories turn out to be true sometimes.

As far as the high-speed underground transcontinental railroad, you and I haven’t been poking around Area 51 where the train is supposed to originate from. We’re not allowed on the base. It’s top secret. We don’t know first hand whether a system like that is real.

We haven’t seen a train station for this high-speed railroad with our own eyes. We haven’t ridden the supersonic railroad. To accept the existence of the supersonic underground railway, we’re going to have to take the word of a man writing on the internet, giving an interview on Coast to Coast AM.

With nothing more to go on than that, it can be hard to believe.

It would be much easier to believe if we rode this underground railroad and emerged in, say, downtown Dallas in minutes or at least six to seven hours later. 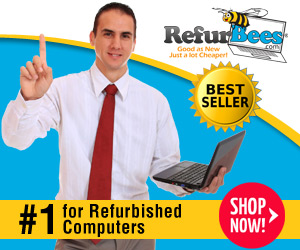 It’s not hard to believe in trains. Nobody has a bias against that. Having ridden the Sunset Limited and the Texas Eagle, I have no trouble in believing in the existence of Amtrak. Millions of people ride on trains. Even more wait at intersections of roads and train tracks, waiting for the trains to pass.

This transcontinental mag-lev train, not so much.

When would the technology have progressed far enough for it to be built? Could something like that have been constructed in secret when it has been a struggle to get high-speed trains built in California and Texas?

Trains able to go about 200 miles per hour are nothing new. Japan has had such a train since 1964.

The technology to build a tunnel is nothing new. People have been building tunnels for hundreds of years.

The man talking on the radio can be dismissed. There is no objective proof for the things he talks about.. The things he said are too hard to believe readily. He doesn’t say 200 mph; he says 10,000 mph.

Maybe that figure is exaggerated. Who knows?

Yet, people can be surprised, absolutely stunned. There are secrets out there. Plenty of them. Plenty of bias toward “couldn’t be, shouldn’t be!”

For example, who could have suspected that the head of the House Committee on Un-American Activities, a government commission dedicated to rooting out communist and Nazi infiltrators, was actually on the payroll of the Soviet Union? New York Rep. Samuel Dickstein was an eleven-term congressman. Don’t the voters and their party vet congressmen? Wouldn’t a member of Congress be above reproach? Wouldn’t a congress member have every incentive to avoid an out-and-out bribe that would come to the equivalent of over $21,000 per month (in 2020 dollars)?

Many would have had a bias toward thinking someone like Rep. Dickstein couldn’t possibly be on the payroll of the NKVD, the predecessor of the KGB. During his life, he got away with it. His involvement wasn’t revealed until 45 years after his death.

Maybe, however, you want to believe in an underground bullet train. Other countries have them, after all. Why should the railroads of the United States be further behind them in this vital form of transit, like Japan’s Shinkansen Supreme, completed in 2018?

Maybe you see the decline of the interstate passenger railroads as a tragedy like Steve Goodman did when he channeled the feeling to write The City of New Orleans.

The first barrier to accepting the existence of an underground network like this is figuring out how something like this gets constructed secretly.

Construction of the high-speed rail in California uses conventional construction techniques. Those are the ones we’re most familiar with even if we don’t work in the construction industry in some capacity.

It’s not hard to see that significant disruptors are coming to the construction industry someday, 50, maybe 100 years from now. Technology discussed in the science-fiction novel A Printer’s Choice by W.L. Patenaude is inspired by 3D printing technology common today. Instead of printing a prosthesis, however, printers in the future will print space stations and chapels. The way Patenaude presents them in the novel makes sense. Why couldn’t construction technology improve and produce something amazing when compared to how we do things today if it came from an advanced civilization.

Add in the Roswell Incident, Project Blue Book, and other incidents of supposed alien involvement on Earth.

Balance in the controversy with eminent domain involved in constructing a variety of things, and you have something that could conceivably be true.

You’ll be stronger if you can bring these thoughts and fears out into the open and confront them.

The best way is to think in bets. By at least trying to consider probability, we move away from all-or-nothing thinking. We’re able to see a set of possible outcomes and see rough probabilities for each of them. We can think in shades of chance. We’ll see the future doesn’t necessarily look anything like the present. We’re able to see a set of potential outcomes and not just one possible future.

Dream analysis can be used to solve a variety of problems. To get the best results, however, you need to be able to confront some potentially unpleasant truths. Solutions can be had by seeking to have a guided dream. Your subconscious mind can perceive things unrealized by your conscious mind.

Adding the ability to consider probabilities is powerful. Your conscious mind has an essential job after your subconscious has its input, however. It’s the one that needs to ask, how probable is this? Either accepting it uncritically or dismissing things out of hand is likely to lead to mistakes.

Thinking in bets comes down to answering one simple question: what do I think is the approximate percentage chance is that this is true.

This ability to see in shades is a cornerstone of risk assessment as taught in the military.

The story about the underground high-speed bullet train could be conjecture from a troubled mind. It also could be a  well-kept secret. Until we know better, we can’t be sure.

With all of the construction that goes along such a route, ground penetrating radar, and the expense and hang-ups involved in constructing a highspeed railroad between San Francisco and Los Angeles, I think there’s a 0.5 percent chance that it is true.