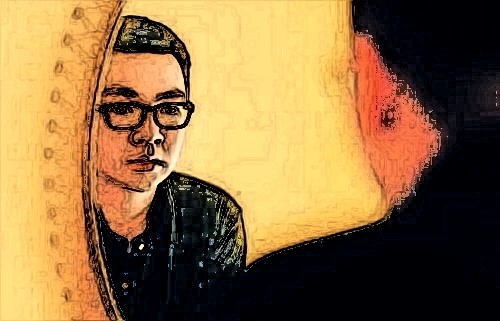 Lots of people work out.

You may feel you work out successfully or not. You may feel you’re in good physical condition or not. Either way, there are a lot of takeaways applicable in many areas of life, especially in these COVID-19 pandemic days.

Lessons learned from your efforts to get in shape can come out in the symbols evident in your dream journal.

The idea of a single point of failure comes from the worlds of network computing, management, and business. It refers to processes that don’t have a backup. If this singular process fails, whatever it is, it brings down the entire operation. When planning computer networks and business processes, you want to find and reinforce these process points.

Single points of failure are so common they have their own terminology surrounding them, like “MTBF.” This refers to the mean time between failures. They’re expecting to fail, so certainly that they measure the distance in time between those failures.

That’s a whole lot of failing.

More than that, that’s a whole lot of acceptance and planning for failure—a lot more than most people are comfortable within their life.

The usual solution to single points of failure in the world of computer networks and business processes is redundancy, creating backups.

Practically speaking, finding these failure points is often easier to talk about in theory than it is to do in practice. It’s because of many forms of resistance, psychological, intellectual, and emotional. Finding and fixing these single points of failure takes drive and dedication from a multidisciplinary team with individual members who try to understand what process they’re trying to create.

Too often a decision is made and the impulse is to “go with it.” A leader who is detail-oriented and goes over every one of these process points is often seen as indecisive, a technocrat, a real pain-in-the-neck. Yet, to identify these single points of failure, you need to test the system, whatever it is. You need to get people involved from different disciplines to go over the plans. Then have a playtest of the ideas.

Sometimes the processes lead to puzzles. Sometimes there’s no right decision to be made. Sometimes you’ve got to choose the least bad of the alternatives. What to do? What, indeed, to do?

Then the team has to accomplish these tests at the same time they’re fulfilling other duties.

When a process is important, people get emotional about it. This is natural.

And emotions are important, too. They inform us why we do what we do. They’re beneficial when the action calls for directed effort. When you’re examining potential failing, the emotions are often protecting self-image and cherished assumptions. Unfortunately, these emotions can get in the way when we’re designing systems. That’s why solid decision making gets described with words like “dispassionate” and “level headed.”

You need to note the emotion. After all, they’re underscoring the reasons why you’re doing something. They’re also helping you gauge appropriateness. However, emotions that you allow to get too strong can make it too hard to do what you need and want to do. When it matters in life, sometimes we’re the single point of failure in our lives. Awareness of this can come from our efforts to exercise and from our dream journal.

We don’t want to fail. To to that, we need to mitigate that single point of failure.

We need to mitigate ourselves.

Ideally, we need to think through all of our plans. We need to work the kinks out. Then we need our emotions to help us stick to them when the going gets tough.

Doing push-ups, you’re going to push yourself to do “one more.”

The concept is useful for survival when it comes to adhering to a disinfection procedure. When it comes to fighting feelings of hopelessness. It’s suitable for any time your world gets flipped on its head.

The stories we tell ourselves

These liars get accused of “stolen valor.” They’re called phonies or fake.

Liar is an overused word and calls for some distinction between the types. There are white lies, bald-faced lies and “sweet little lies.”

It’s mindless as all cliches are. The shift leader at some fast-food restaurant somewhere is also called a “Nazi” and “Hitler.”

Sad. If you’re going to have the analogy needed for a time when you really could use it insightfully, it’s not going to be available. All it means at this point is “a bad leader. I don’t like him (or her).”

There are plenty of other dictators with which you can disparage a disliked leader. You don’t like the way a leader is supported by sycophants, for example? Say, “He’s a real Kim Jong Il. He’s trying to turn this place into North Korea.”

Is the leader unfair? “She’s a goddamn Robert Mugabe. It’s going to fall apart around here like Zimbabwe.”

It’s unfortunate “liar” seems to be headed the way of “Nazi.” Words used to describe untruth should be forceful. Words gain force with precision.

Called “liar,” too, are people who are merely imprecise.

When the liar description is used so liberally, you meet a lot of liars. Everyone is a liar.

When you meet “the real deal” on the other hand, the honesty is bracing. They’re open with what they did, the choices they had to make, the mistakes, and the victories. The lessons are hard to dismiss or discount.

The real deal wears their heart on their sleeve. They make their feelings known. They’re vulnerable.

Example: recounting the past

Millions of people have grown up in tough, violent neighborhoods.

Take two men talking about growing up in a tough neighborhood. One will go on about what a badass he is or was. He was the victor in every fight he tells you about. His name is Billy Badass.

The other talks about fighting kids his age and then getting his ass kicked by older kids. He’ll talk about having to hold back from murdering someone. He’ll talk about his favorite dirty fighting techniques, what he learned, what scared him. He’s the Real Deal.

Of course, both Real Deal and Billy Badass could be liars. Some people are great liars.

One, however, the one you’re learning information from, has thought about the lies he’s telling himself and others in a lot more detail. Either that, or he’s completely truthful.

He’s done a lot of the mental work applicable to the situation. That makes it more real.

That’s the spirit with which you need to approach planning for the worst. Do the mental work.

You don’t want to go on like Billy Badass mouthing off about how tough he is. Billy Badass isn’t honest, nor is he precise. He doesn’t face facts, and he hasn’t mitigated single points of failure, of which he is the biggest one. Consequently, his recollections are self-promoting and he isn’t believable.

You’ve met the physical point of failure when you were running or lifting. The recommendation is for at least 150 minutes of moderate physical exercise per week with at least two days of strength training that works a variety of muscles.

It shouldn’t be hard to imagine it can happen in other areas besides exercise.

That we have concepts like “single point of failure” and “MTBF” in other areas should be telling. Failure isn’t anything to be particularly ashamed of. Instead, it’s something to be dealt with, expected, and mitigated when you can.

Do the mental work to identify and mitigate it. When you get a tip about a single point of failure from a dream, do something!