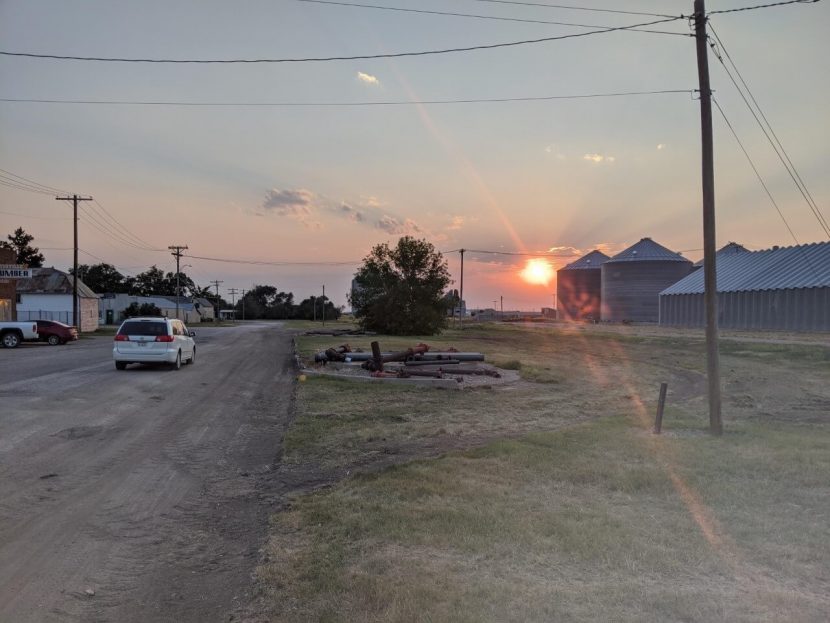 Sometimes the words of a language fail you. They come up short when describing a concept.

There are numerous examples of this. To take one, waldeinsamkeit is a German word meaning being alone in the wilderness while relaxed, solitary, and contemplative. In English, we can group words with this meaning. The result doesn’t quite match.

Another concept English comes up short in is for the idea of sacred space. It’s usually presented as some altar in the home in a corner. You can pray or meditate there for a couple of seconds in the morning or for a more extended time. It’s a universal idea coming directly from a variety of religions.

Yet how many people have such altars in their homes? It doesn’t seem to be very common, yet it’s not possible to see either how common or uncommon. To my knowledge, no survey of the prevalence of home altars exists, even among religious people. Altars are public, not personal phenomena.

The concept of sacred space goes far deeper than is commonly depicted in design and mindfulness-oriented magazines.

To hold something sacred is to care about something very deeply. If you quizzed them about what they care about very deeply, they’d mention their family, their town, their job, a few causes, and some other area. Those are all sacred to them.

The old expression partly summarizes the idea of sacred space; home is where the heart is. The origin of this expression isn’t exact. It seems it has been with us forever.

Mysticoreligious sacred spaces are places where it’s believed contact occurs between God and man, such as a basilica, shrine, or church of some sort. Homelands are areas where a particular group is from. Historical sacred spaces are where a significant historical event occurred.

The key there is to realize those classifications were suggested by geographers.

The concept could also be divided into different levels: the individual, family, and society.

The spaces we hold sacred intertwine with self identity.

Examples can be found worldwide, even if they’re not always called “sacred.” In the United States, for example, the Alamo could be considered as a space sacred to many Texans. The story of the efforts of the settlers from Gonzales against Santa Ana and the Mexican army forms a cornerstone of Texan identity and bravery. It’s uniquely Texan. The story of the Alamo is covered in school in Texas in much greater detail than it is just one state over in any direction.

Ellis Island, the Charleston Slave Market, Fenway Park, Wrigley Field, the Grand Canyon, and Graceland could be considered sacred spaces by different groups of people in the United States.

Also worth mentioning are some locations are the opposite of sacred. They’re considered “profane.”

The Charleston Slave Market could be considered profane by others. Sites of Indian massacres, prisons, or another adverse history could be regarded as profane.

A profane place is interrelated with extreme sorrow.

On an individual level, it could be a place where you suffered some emotional trauma.

Sioux medicine man Black Elk tied the idea of sacred space into the concept of a symbolic circle. It was an area from which you drew strength. You had to defend this area, too, to draw this strength for without it, you were rootless. Like a tree, to be without roots means you’re weak.

To employ Black Elk’s concept of sacred space, imagine a hoop. Contained in the hoop are the things within your control. Outside of it are those outside of your control. A line of demarcation gives you a mental basis from which to work for positive change.

A sacred space rejuvenates and reinvigorates your will to work, to fight. Without it, you’re weaker. Adrift.

For Black Elk, precious to him was the fate of his people, their future, and how it interacted with the vision he had for them when it was nine years old. There was a sacred space for him. The Black Hills of South Dakota was a larger area of sacred space for the band and, then, still a larger group for the broader group of bands, and, finally, all people everywhere.

Are you feeling rootless?

Maybe the best way to apply this awareness is to recognize it and understand what places are sacred to you so you can consciously acknowledge conflicts when they occur and draw strength from them, too.

Much harder is to understand what to do with the idea of a space that is profane to you.

You need to come to terms with this. If you’ve ever had the experience of living itinerantly for an extended period going between towns or from town to town, you can start to feel rootless. Naturally, the feeling would infect your dreams, weaken you.

Some physical objects, some souvenirs, can allude to a sacred space.

You might resist the idea of packing some mementos, prayer cards, pictures of your family, or whatever you find sacred. It might not be the first thing to do on your to-do list. Your overtly practical mind can see such things as a waste of space. It’s not logically efficient. Yet when you’re traveling, you still need to feel rooted. You need to defend the idea of what is yours, what you need to belong to. It gives you a feeling of restful mental groundedness.

It’s not all that different from the physical concept of Earthing.

A vision board can remind you of the power of your dreams.

How to use a prayer candle.

What should you know before eating dirt or spending $1,200 on a meditation mat?