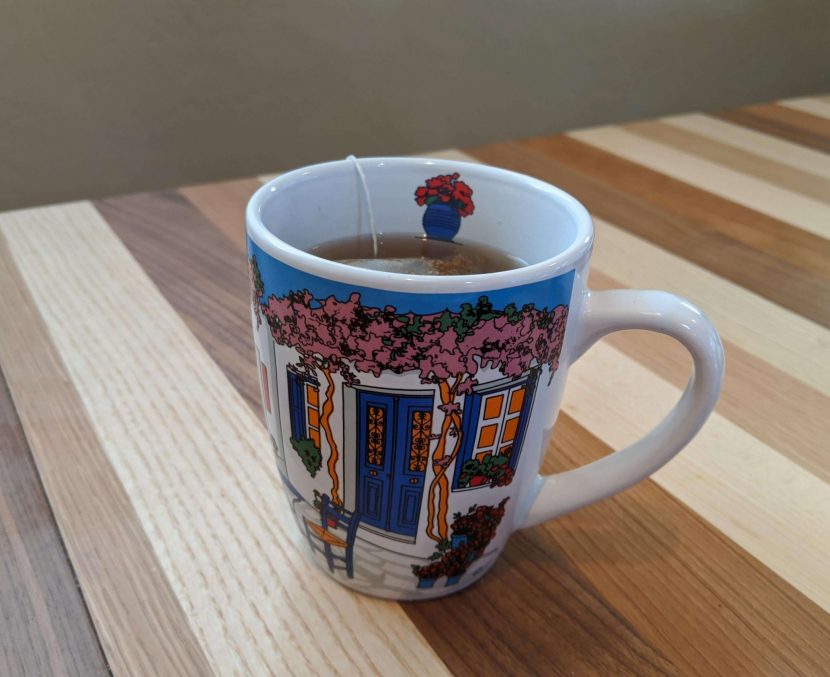 Whether you call it “hemp tea” or “CBD tea” doesn’t matter. It’s the same thing. Hemp tea is full of CBD. Go ahead and call it “CBD tea” if you prefer.

In the United States it can be confusing, almost purposefully so. CBD still isn’t legal in every jurisdiction. Herbal teas are. Could that be the reason?

Insomnia is only one of CBD’s many things, also known as cannabidiol, is supposed to alleviate. Drowsiness is a side effect experienced by some people.

Yet if it’s, for example, joint pain that’s keeping you up, CBD can alleviate that. That can help you sleep.

Other things it’s purported to help are:

Cannabinoids are the components in the plant that bind with special receptors in the body. CBD is only one of the cannabinoids in the plant, another notable one being THC (tetrahydrocannabinol). Unlike THC, CBD won’t put you in a state of altered consciousness. It does, however, affect you in various other ways by binding with the cannabinoid receptors.

Whether it and its slightly bitter taste can help you get a good night’s sleep depends on what’s at the root of your difficulty.

Lots of things can be at the root of your insomnia. Some of them: anxiety, medication, dietary habits (too much caffeine), physical conditions, or having a terrible place to sleep.

While some studies have been done on CBD’s ability to help sleep, they’re not going to be the kind of high-quality research that answers any health-related question definitively. The funding for such research simply isn’t going to be there. Anything related to CBD is not going to be a product anyone has a monopoly on. Because there’s no money in it, there’s not going to be millions of dollars from investors available to study it, at least in the near-term. Other possible funding sources for such studies are government and trade associations in the future.

Assuming you buy from a reputed supplier, this works in the consumer’s favor. Relative to the effect, the price will be reasonable. There’s a lot of price competition.

Though they aren’t scientific, anecdotes or testimonials of how CBD worked for one person or another shouldn’t be dismissed entirely. Some stories can tell you whether CBD tea worked for someone, though they very well might not work for you.

One thing to keep in mind is that most participants in such studies noted CBD wasn’t an immediate help to them sleeping. The effect took a few nights to build up. This is interesting because you also have a problem of habituation with CBD. In that, CBD is no different from any other medication.

Another thing to note is that studies used a variety of ways to deliver CBD. Most studies consider CBD oil. This matters because bioavailability can vary depending on the form. Much of the CBD in oil isn’t able to be used by the body.

It makes sense to try a CBD or hemp tea. Various good-tasting, sleep-promoting components can be combined with a hemp infusion.

Works best with other measures

CBD works best in conjunction with other moves to improve your sleep.

Are you drinking six or more cups of coffee up until noon in the day? Your system won’t have time to clear the caffeine completely. Try cutting back.

Are you worried about impending deadlines? Stressed? Maybe a program of positive self-talk (self-affirmation statements) would help.

Too much energy too late in the day? Take a look at how, whether, and when you exercise.

Milligrams of CBD isn’t a good measure of potency

You’ll see milligrams listed for a variety of CBD products. That’s not a good measure of effectiveness because bioavailability is what really matters. This amount primarily depends on factors like your genetic makeup and the way it’s taken. The term “bioavailability” refers to how much of the substance the body can use. If the dose is high and not much of the dose is bioavailable, then the substance is wasted.

CBD isn’t going to make you high. All it will do is alleviate the problem you have. The goal is to take enough to have the effect, not extra. Additional CBD isn’t going to have any effect. It’s a waste of money.

A good brand of CBD tea

An effective CBD tea to try is produced by Alta Farms of West Jordan, Utah.

CBD tea or hemp tea is getting a lot of attention right now because of its evolving legal status. Marijuana and CBD are in the news frequently.

Alta Farms combines hydroponically-grown hemp with other insomnia-fighting mainstays like lavender, valerian root, and chamomile in their sleep blend. They also make an orange/cinnamon blend in addition to a mint blend, all containing 18 mg of hemp.

This post contains affiliate links for which we receive a commission.