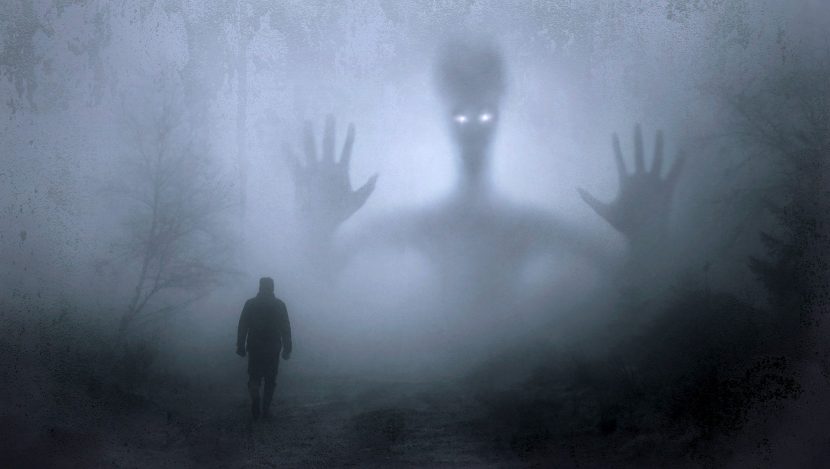 In Charles Dickens’s The Christmas Carol, the old, miserly protagonist Ebenezer Scrooge confronts his nightmares and emerges a better man. Though Dickens describes him as greedy, ill-tempered, and grasping, the man at least is good in that respect.

Everyone gets nightmares. Only the dream journaler confronts them by trying to remember them. Most people let their thoughts they’ve had while sleeping go. They actively ignore them. The thoughts get repressed. All that remains are the residual effects. Inside, one is in turmoil with a sinking feeling and dread. On the outside, one sees the fast breathing rate, the sweaty brow, and the elevated heart rate.

Ignoring never improves the situation. Does ignoring a set of bald tires on your car keep the passengers safe? Does ignoring a health problem fix it? The adage is a stitch in time saves nine. Do something about your problems before they get worse.

When that happens, they might remember the topic behind the nightmare. I don’t know what it was about, but I know it was about work.

Or death, or their children, or growing old, or whatever.

They’ll often forget the symbolism used to communicate the fear, however. The topic is enough to stoke fear.

The bigger the fear, the more hopeless it all can feel.

Merely because one is a dream journaler doesn’t make one a superhero. It doesn’t necessarily make you brave—none of that.

However, confronting nightmares gives you a form of bravery called personal agency, the belief and predisposition where you try to control as many circumstances of your life as possible.

Sometimes it’s the easiest thing in the world to admit to a lack of control.

For example, when you want to escape blame.

“It couldn’t be helped.”

You then proceed to spell out how you had no control over the outcome of something.

Don’t be mad at me. Could you not hold it against me? Please don’t take it out on me. Those messages are what you’re trying to convey.

It might be hard to get another person to accept you had no control, but admitting it to yourself and others is easy. You’ve got an incentive to do so.

It’s harder when it’s a coming reality you dread. It’s difficult to feel like a rat in a trap because not a person alive enjoys feeling that way. When you feel like you’re staring down death or a horrible outcome and you can’t see a way out, it’s as if you’re transfixed. You’re watching your marriage or relationship fall apart. You’re looking toward being evicted unless you get your bills caught up. You can see yourself getting fired. You can see yourself failing the class. You have every incentive to curl up into a figurative ball and live in denial.

Unfortunately, even if you can see your deepest fears, even if you can see a figurative or literal trap materializing in the coming days, months, or years, it doesn’t mean you’re automatically going to feel good about it. It doesn’t mean you’re going to be able to figure out what you can do to prevent this seemingly inevitable future from happening.

Of course, having a preview does mean you have a better chance of creating a positive future for yourself than not.

What happens when you repress your emotions?

So what happens when you repress your emotions? In short, lots of things. It depends on what the exact situation is, but you can start venting in an unhelpful way. You can behave self-destructively. Sometimes people begin using innuendo as a substitute for open, honest communication. That ruins communication.

Negative emotions suck. They’re like a big piece of crap. When you try to suppress them, it’s like you’re stepping on them with your shoe and the shit naturally starts leaking out around the sides, coming out all over the place, making a huge, slippery mess.

It’s far better to deal with huge piles of dung in a measured and intelligent way, not by stamping them down with your shoe. Pick it up with a shovel. Dispose of it properly.

It’s hard to think of when it’s a good time to repress your emotions, but, at the same time, it’s an emotional defense mechanism. Exploding your emotions isn’t usually good either unless you’re using them to play football or in art. Emotions have to be processed, and it’s not always a good time to do so. It’s something that needs to be worked on a little at a time at a speed that’s likely to yield a good result.

The worse thing is to feel hopeless. It’s never hopeless, especially if you see the trouble coming.

Even if you feel like you’re going the equivalent of 60 miles per hour into a coming wall, it’s not hopeless. You can still do the equivalent of bracing for impact. You might even be able to buckle up and really limit the damage.

So you’re in a real fix. What can be done?

Take stock of where you’re at. Both positives and negatives.

No situation has no upside. However, that’s not to say that the negatives can’t outweigh the positives in terms of impact. They often do. However, by taking stock, you might realize that the score isn’t necessarily 70-0. The score might actually be 70-23. Yes, you’re still losing, but if the game isn’t over yet, maybe you can do more of what you did when you scored those 23 points and close the gap some more.

Anyway, you should strive for a realistic outlook and adapt accordingly. Try to look at your situation objectively.

Think in terms of bets. How likely is this?

So there’s a good chance things are hopeless. How sure of that are you? Can you quantify how certain you are of that outcome? Do you care to make a bet with yourself?

Can you reframe the difficulty as a challenge?

Whatever it is might feel overwhelming, but reframing what you’re experiencing as a challenge breaks the problem down into its natural components. Reframing lets one see the steps he or she might take to overcome it. It can break the problem down into manageable chunks. When everything seems like it’s spinning out of control, reframing can stop the spinning and let you see everything for what it is.

Have a waking lucid dream

In many ways, the Dream Recovery System’s lucid dream method is the opposite of mindfulness. With mindfulness, you become hyperaware of the moment. For example, how the chair you’re sitting in feels against your body. The way your feet fill your shoes. The breath going in and out of your lungs.

When you allow your mind to wander, you’re surrendering more of your active mind to subconscious control. It’s like getting into the cold pool of your nightmare little by little in a manageable way.

Make a mental map of some possible outcomes.

What if you were to do something different? What would that look like? How would that change the odds of the outcome you’re expecting? Be sure to characterize the impact on different areas of your life like your health, career, family, and neighborhood. We operate in many different realms at the same time. Writing it all down and creating a mind map of all of the interrelated concepts can help you see it clearly. As above, this process helps to break up complex issues into manageable chunks. This leads one into asking . . .

When you’ve looked at the possible outcomes, what’s the best case? How can you get there?

Making a place in your home or where you regularly go yours is a way of increasing your comfort. It’s a way of supporting your consciousness. A personal sacred space can be a room, a garden, a park, or someplace else. It’s an important concept. Your mind is healed and more powerful when you feel at home.

Ask what would you most enjoy looking back on from your deathbed?

Revisit your path every day until you reach what has been bothering you in your nightmare. Some people have the idea that they can predict the future, but if you pay attention long enough you’ll see all kinds of things that happen that you didn’t predict. Some of the things will make you scratch your head: “What were the chances of that happening?” That goes for good things and bad things as well.

If you can see a crash coming, you can take the time to put on a seat belt. That goes for figurative and literal car crashes. That’s how you make the most of your nightmares.

Try to have a guided dream.

How to harness the obscured power of dim dreams