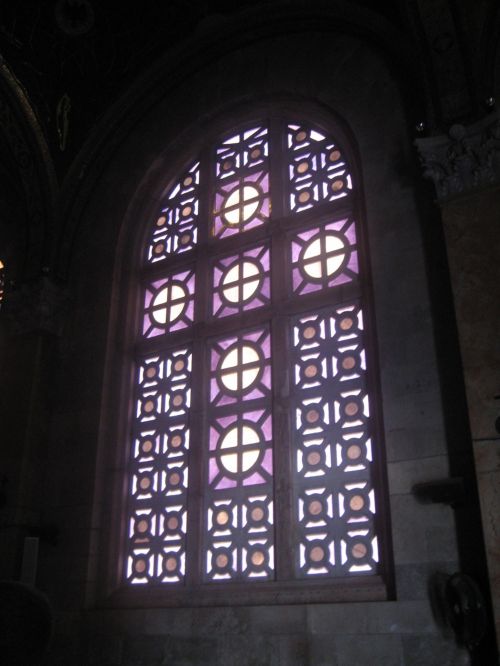 Lent: the Godfather of self-improvement programs.

Lots of people say they’re “spiritual but not religious” these days; 27 percent, according to a 2017 survey. Graphs show the number has been increasing for years.

Spiritual but not religious is a self-description that means different things to different people. Most often, it means agnostic.

Intellectually speaking, the two concepts wouldn’t necessarily be tied together.

You can imagine someone working on themselves spiritually who doesn’t participate in organized religion.

Practically speaking, however, they usually are.

According to a dictionary, spiritual means something that pertains to the spirit.

Spirit refers to a temper or disposition of the mind, the sentient part of a person.

When it comes to personal development, there are three broad areas to improve: body, mind, and spirit.

Institutions and people tend and help develop each area for personal development.

You have personal trainers, doctors, hospitals, and gyms to develop and tend your body.

Schools and teachers tend and develop the mind.

What about the spirit?

Without organized religion, you don’t have churches.

Without a church, who helps develop the spirit?

Agnostics can have it hard in this area, though there is such a thing as an “agnostic church.” An agnostic church is a congregation of agnostics that meet to do churchlike activities.

It’s worth nothing that agnostic churches don’t seem to be common in many places in the United States.

Yet there are other sources of spirit building.

Motivational speakers are like ministers when they’re exhorting their audience.

Writers and vloggers, when they’re writing personal development materials, are sort of like ministers too.

The Army’s program to build soldier resiliency had spiritual aspects.

Sort of spiritual but not quite; more of a byproduct than overt intent.

They sort of address the spirit the way an eye doctor or other specialist addresses health. They take care of part of it.

It’s part of the solution, but not the whole thing.

Working on your spirit by yourself

It’s not impossible to work on the spiritual aspect by yourself. One is free to work on any of the areas of personal development by themselves.

How effective are you likely to be?

Spiritual work is hard, at least as hard as some endeavors in the intellectual and physical realm.

Don’t think so? Ask anyone who has struggled to do something on their own.

You’re really going to teach yourself calculus, trigonometry or a foreign language to develop your mind? What’s the success rate for someone learning by themselves?

How about dieting without a program? Or curing yourself of an illness even with all of the resources available on the Internet?

The ultimate cure rate depends on a lot of factors but for many people challenges in these areas match spiritual quests like being able to forgive their parents, stemming a bad habit, anger, out-of-control lust, or a predilection for lying.

A good church will provide a framework for spiritual growth. Just by attending church, you’ll cover a portion of the Bible with the readings and the reflections that have enlightened the ages. You also may have the opportunity to join another group at the church to tackle issues of further interest to you.

Lent is a season consisting of the 40 days before Easter. It starts with Ash Wednesday and ends the night before Easter. Standard lenten practices include abstaining from meat on Fridays and holy days like Ash Wednesday in addition to giving up or promising to do something for that period.

The program includes fasting, prayer (meditation), and charity. The exact ways of accomplishing this are left up to the individual. Participation brings you closer to understanding Jesus’s sacrifices. By dying on a cross of his own free will, He endured numerous difficulties.

In places that are heavily Catholic, the day before Ash Wednesday, Fat Tuesday (also known as Mardi Gras or Shrove Tuesday), becomes a big celebration. Part of the reason for this is commercial. Another big part of that is because fasting and giving up or starting something is hard.

Organized religion doesn’t have the idea of Lent trademarked or copyrighted.

Since it’s thousands of years old, it’s in the public domain.

Anyone, agnostics included, can copy the idea and use it as a springboard even if you don’t try it out as an active member of a congregation.

The Lenten season can give one the impetus to work on many areas of sleep. Just as sleep is an often neglected aspect of physical fitness, so is the spirit when it comes to the areas of personal growth and improvement. They’re all tied together. It shouldn’t be surprising. It’s one body.

If you’re not getting to bed on time, you can work on that. Yet there are other areas for potential sleep improvement too. Most people have some idea where they fall short when it comes to sleep issues. It might be in the area of having a bedtime routine. It might be eating too late or eating the wrong thing before bed and causing digestive issues. Maybe it could be a matter of not getting outside enough during the day. The lack of sun could impact your circadian rhythm.

Many spiritual aspects affect sleep, from anxiety, fear, and inability to relax and let your mind wander.

If your sleep is messed up and it seems overwhelming to start, you’ll want to see your primary care doctor. He or she may refer you to a sleep specialist. Don’t neglect the spirit. It’s at the root of many of the issues we all face.

Many do neglect the spirit, especially today when there isn’t a natural substitute for churches and ministers. We see this in the rise of hopelessness as expressed in the gradually trending suicide statistics and in other ways.

Lent is a framework that’s almost two-thousand-years-old that gives you a framework for tackling this aspect of your being. Find a church that observes it and try out the program.