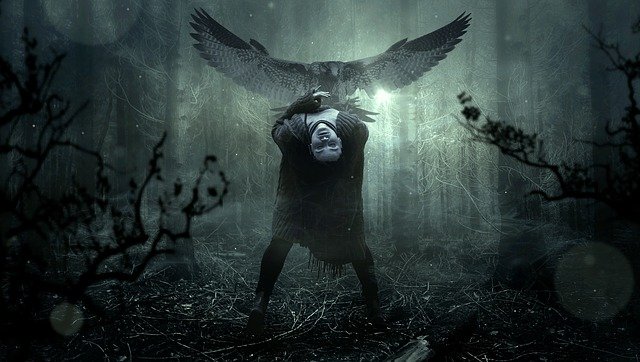 Metallica’s “Enter Sandman” is a great song about a child and his nightmares, but there’s nothing great about shaking with fear and lying in a pool of sweat from having a bad dream.

Nightmares can shake the strongest, toughest person to their core. That’s because they reveal our deepest fears. Some people feel once you’re an adult, they shouldn’t. And they do. It’s more socially acceptable for a child to be scared by a bad dream.

As adults, we have to face all kinds of scary situations. Nightmares are a reflection of this reality.

Fact is, mentally running away from the fear or denying it isn’t any way to get rid of it.

Fear of the terrible dream, especially if it recurs, can cause denial and anxiety. It can keep someone up at night and make you not want to go to bed. That can ruin the next day.

It won’t if you understand what’s going on and what the dream is trying to tell you.

You can try these steps first before taking anxiety medication.

Trying to make sense out of what will happen in the future is one thing. That’s called analysis. That’s a good thing to do. Doing that well can increase the chances of doing all kinds of things right. It’s a good skill to develop because it helps us make good choices.

The more we let cognitive biases influence us, the greater the chance we don’t make good choices.

Nightmares can play into all sorts of these biases. If someone had a dream that came true once, they might be predisposed to think that’s something that could happen regularly.

Or in the “illusion of control” as the feeling that the Law of Attraction can cause money to flow to you by thinking in a certain way.

Many people have studied these things over the years—bank on it. Neither the best dreams nor the worst dreams predict the future.

When you put it under a microscope, you’re on your way to understanding it. When you understand something, it’s not so fear-provoking. That’s why they avoid showing the antagonist in horror movies.

The best way to understand any dream is to consider each of the components of the dream. Use a handy mnemonic to help you remember the components: PACTREPS.

When you have the words and images that comprise the dream in mind, ask yourself what each of them represents to you.

While you might have to come back to the words and images a couple of times, it’s an exercise that’s well worth it. It’s self-discovery, and though it may be hard, you can understand the world when you understand yourself. Your mind is the lens through which you perceive the world.

3. Confront your fears in small increments

Splitting up any problem into smaller chunks is a time-honored way of tackling any big problem. If something from your day-to-day life is causing you to wake up in a pool of sweat in the middle of the night, that counts as a big problem.

That’s not to say that none of this can seem imposing.

That’s also not to say that it’s not easier to say this than to do this in every situation.

When we were getting ready for Advanced Individual Training in the Army, some of the other soldiers in my basic training platoon were going on to Airborne school. Yet how do you become an airborne infantry soldier when you’re afraid of heights? Everyone has a self-preservation instinct.

Some of the new soldiers were more in the know than others. This was usually because they had older brothers and friends who were already in the Army. They’d talk about training accidents. Recruits would jump at the wrong time. Their chutes would get tangled up. Or their chutes would be packed wrong. The poor guys with the wrong chutes or twisted-up chute cords would plummet to their death.

“I don’t know about Airborne school. It seems at least every cycle a few guys die,” someone said.

This can cause a conflict in someone. Part of the reason you join the military is to challenge yourself, to see what you’re capable of.

If this was you and you wanted to go Airborne yet didn’t want to die, you’d first want to find out if it’s true.

Then, what are they doing to limit deaths in training? The leadership is trying to staff a military. Training deaths and accidents work against this goal.

If the heights are your greatest concern, maybe try getting up a ladder step by step. Then try going up a tall building and talking your fear through to yourself.

Getting information helps assuage fear. So does making small steps.

Have you ever had a powerful nightmare? Did you ever confront the fears at its root? How did you do it?

The Dream Recovery System uses affiliate links in its banner ads. This means that if you click on a link and make a purchase, we receive a small commission. Our opinions remain our own.

1 thought on “3 Steps To Face Your Nightmares”