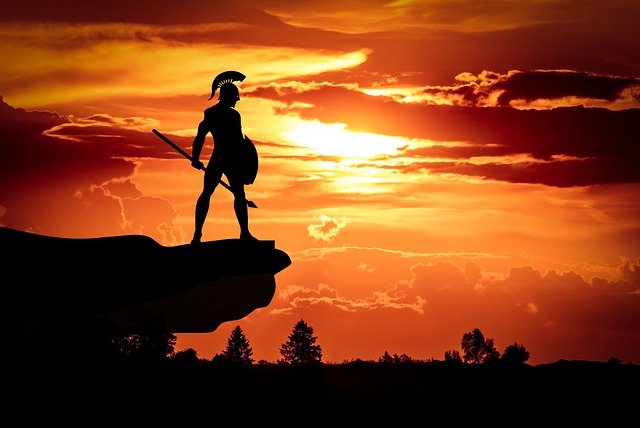 One “good” thing about taking a literature course these days is the Internet. It can make it less time-consuming.

Yet, as it is in many areas, the Internet is a double-edged sword. It cuts both ways.

Literature courses often have onerous reading requirements. The text is dense. Speed reading techniques aren’t as effective. Reading 100 pages of something like Gabriel Garcia Marquez’s 100 Years of Solitude or James Joyce’s A Portrait of the Artist as a Young Man is far more taxing than reading the equivalent number of words of journalism or a potboiler.

Students have always had many competing priorities: work, family, friends, and, with many, parties.

Students have to look for shortcuts to passing the classes and, ultimately, getting a degree. Education doesn’t occur in isolation. Forty years ago, there were summaries like Cliff’s Notes (the original way to spell CliffsNotes) or Monarch Notes. While you could fake a good reaction to the work with these summaries, you usually needed to read at least some of the original if you wanted to have an original insight or two to contribute in class.

Today, many reactions and summaries of these works are available between the summary sites and online reviews. Instead of reading the work and coming up with your own reaction to the work, you can go online and search for someone else’s. Faking has never been easier.

This doesn’t apply to every book you might read for a course. Then as now, some books are a joy to read. You want to finish it on your own. They’re the reason you signed up for a literature class in the first place if it wasn’t mandatory.

Others can be a struggle.

Nevertheless, the temptation to cheat in this way is real and often a struggle to overcome when it’s even tried.

There are a lot of terms in many fields that almost mean the same thing, among them stock character, model, stereotype, and representation. However, archetype means a very specific thing in psychology through the influence of Carl Jung (1875-1961). In Jungian psychology, archetypes are a pattern repeating itself in humans’ collective unconscious. They’re unbounded by culture. They’re part of the universal human experience.

Literature is the only compelling practice in translating archetypes

You can watch movies and film at a deeper level. There are sites like Filmsite.org that help you do this independently of class. For most people, however, watching movies occurs at a more superficial level. The literature class is really the only practice most people get in translating and understanding archetypes.

Why does it matter? As compared to students and educated people of the past, you’re getting less practice in seeing the forest for the trees.

Foremostly, an archetype is an example of something. It’s like a checklist of characteristics. It’s a symbol. A model.

The literature requirement for most degrees calls for “reading” works that are well-documented on the Internet.

No matter what language it’s in, no matter the age it’s from, great literature, movies, songs, and every media created by humans is full of symbolism. Symbolism is essential to communication. It touches on generalities. Symbols are a kind of shorthand laden with meaning.

For a dream journaler who has been keeping one for a while, their brain can seem something like a radio that’s been left on all night. You have both local signals and signals that come from far away. Some dreams are obviously projections of the concerns and ruminations of your subconscious. Others can seem to be framed by communications from outside of you. Some believe the origin of these communications to be discarnates. When you know yourself, you know how you think and what you tend to pay attention to.

Would-be spirit guides can speak in archetypes to make a point, too

A common way of referring to these entities are spirit guides. In some corners of the Internet, there’s too much enthusiasm for them. Just as with a human teacher, some are better than others. Evaluating the worth of what they’re teaching is a process of discernment.

Whether considering your subconscious or a spirit guide, part of getting the most useful communication you can from your spirit guide is to be the best listener you can. The key to listening well is to care about what you’re being told. That is trying to understand the words and their meaning.

Some people are easier to talk to than others. This isn’t news to anyone.

Think of what it’s like to give bad news to someone who’s hard to talk to. Part of what makes it hard is the overreaction. Another part is that they’re not listening. Another part is the aftermath. Are they going to act crazy in some way? When it comes to spirit guides, it’s probably much the same thing.

The spirit guide only has a few physical sensations and non-verbal communications like some imagery.

If there are words, they likely will be succinct.

Those tools are effective in their own way. They come with their own set of advantages and disadvantages.

If you’re reading a blog post like this, chances are you might have had some experiences with communication from some kind of discarnate. Besides different communication tools, it’s similar.

One feature similar to a conversation between physical humans is that humans can speak in the abstract and the concrete, just as a spirit guide. If your spirit guide is sending you messages about an abstract matter and you take it literally, you can really get confused.

It’s important to remember this. You need to try to understand which is being referred to. The simplest way to do this is merely to ask. Don’t jump to conclusions.

Spirit guide communication is a part of the realm of art, emotion, and feeling. The guide isn’t going to present you with a report with hard facts and figures. That’s why getting a list of lottery numbers from a psychic isn’t going to work out well almost 100 percent of the time. When a novelist or an artist attempts to communicate a more complicated truth referring to archetypes is a huge part of the way truth is communicated.

Part of being the best listener you can is to remember that, like regular living, breathing people, spirit guides can speak about both the general and the particular. You have to be careful to separate the two to avoid communication mix-ups.

It can get confusing when the guide gives the person they’re talking about a name, a face, and all of the things one would associate with a particular person. But sometimes that’s because they’re giving them a character the way a novelist would when they build a character out of a compilation of a number of other characters.

Put yourself in your spirit guide’s “shoes.” It can be tough to speak about abstract topics in dreams. As Marshall MacLuhan said, “The medium is the message.” The medium of the message influences topics. Your spirit guide isn’t going to hand you a report with a number of facts and figures. That’s why most people don’t dream of the exact lottery numbers. If you dream about a person, even if they have an exact name, it might just be an archetype, a character that’s a compilation of others or a group of situations.

Spirit guides can’t really predict the future. Only God can. What they can do, however, is extrapolate from a likely scenario.

It’s up to you to discern whether they’re talking about the general or the particular. Further still, whether it corresponds to what’s true and good or evil.

The meaning of the symbols in your dream can change between dreams.