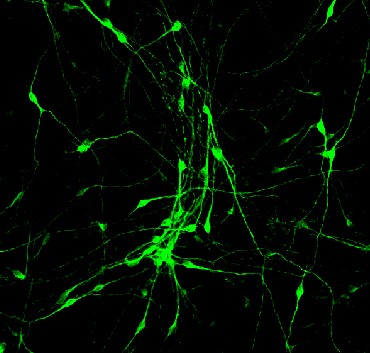 The three pillars of good health are diet, exercise, and sleep.

Just about everyone knows if you don’t exercise, you affect your cardiovascular system.

They also know exercise is also good for your respiratory system.

Many people also know a poor diet affects your gastrointestinal system. For example, if you don’t get enough fiber in your diet, you get constipated.

As two out of the three pillars of good health, deficiencies in those two areas will have effects throughout your body.

What about the third pillar of good health? What body system is directly impacted if you don’t sleep enough day after day?

Well, there’s a number of them. The answer we’re fishing for today is a body system you might not have ever heard of. It was only identified a few years ago, in 2012. It hasn’t received the amount of publicity it probably should have because most of the media is too worried about trivial things. We’ll try to fix that with this blog post.

The glymphatic system is a brain drain, a good kind of brain drain. It consists of channels around the cells in the brain and spinal cord. The channels serve as a path to get rid of waste from the central nervous system. It’s named after the glial cells. Those cells control this system.

Be careful not to confuse the glymphatic system with the lymphatic system. That’s a whole different thing. That’s the system circulating lymph fluid as part of the body’s defenses.

Glymphatic channels might also do other things. They could also distribute glucose, lipids, amino acids and neurotransmitters within the brain. These things are still being studied. Scientists are always learning something new.

This system took years to identify and discover. That might be because it only works when the person or animal is asleep. Glymphatic systems have been found in both animals and humans. That the system has to work might be the very reason creatures need to sleep. Without enough sleep, waste products accumulate. The system doesn’t have enough time to do its job.

Scientists believe that the fact all species need sleep might mean the brain needs to eliminate these toxins. This includes amyloid beta, the plaque found in high concentrations in the brains of Alzheimer’s patients.

When you think about it, having to sleep is a pretty big disadvantage. You’re vulnerable.

Unfortunately, each day you don’t get enough sleep means these plaques accumulate. Hopefully, if you manage to catch up on sleep, you catch up on excreting these particles. That may be hard to do if you go without sleep for a long time.

Some people might have abnormalities in the way they excrete these particles for one reason or another.

There you have it. Another reason to get a full night’s sleep — as if you didn’t need another one! This time it’s a long-term reason.