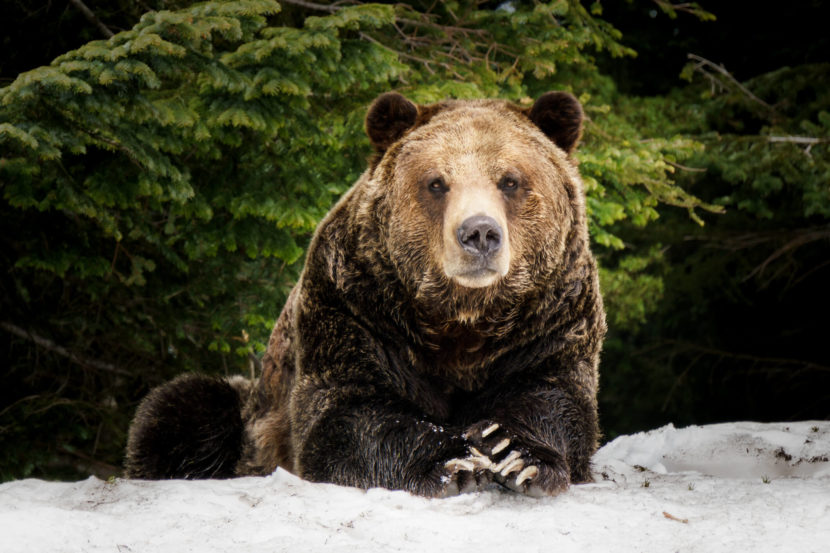 What the bear in your dream represents depends on the way you feel about the bear and how it’s presented in the dream.

That is, of course, true for most objects in dreams. Yet themes have emerged about bears in cultures around the world. Considering these can help you understand what the bear might symbolize in your dream.

She-bears are known as fierce protectors of their young. You don’t want to come between a mama bear and her cub.

Second, bears are well known for being master relaxers because of the way they go into hibernation over the winter. Feeling like a bear holed up in a cave can be related to having a need for sleep and relaxation.

Similarly, bears are incomparably majestic when they fish. There’s probably no cooler-looking animal when it stands in the middle of a stream and pulls a salmon out of the water. Your dream might have something to do with the acquisition of food or other basics of living.

Not all subconscious associations with bears are positive

One nightmarish vision is of a bear coming out of its den with it’s jaws open, teeth flashing, and eyes blazing angrily. That’s the stuff of nightmares.

Then, of course, is the bear’s legendary prowess at finding food at campsites. Bears are well known for ascending trees and jumping off of the uppermost limbs. On the way down, they’ll pull the backpack that’s full of food for the campsite and then make away with it as they head off into the brush.

Bears represent strength, prowess, vitality, health, and an interaction between the elements.

These are similar impressions and facts that all people know, and your subconscious can and does pull on all of their symbolism to construct messages and work through its ideas about the world, according to Carl Jung’s ideas on the collective unconscious.

Humans and bears have quite a history. They’ve rarely been kept as pets the way that dogs have, but as large land predators, they’re still an integral part of our feelings about the environment and sometimes appear as symbols in our dreams.

How to record a dream when you can’t write in your journal right away.

We use some affiliate links. If you click on one of these links and make a purchase, we may receive a commission. This doesn’t affect our opinions.