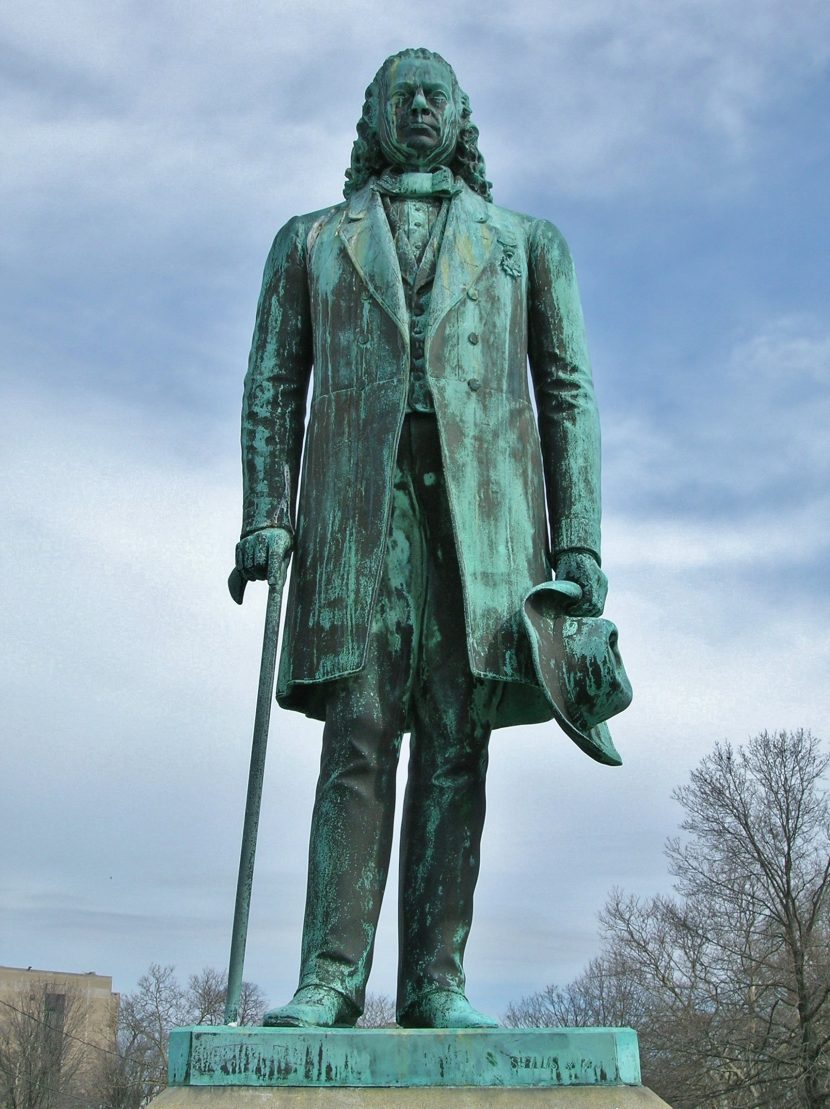 For many Americans, the 1930s were a nightmare. Over 25 percent of the population found themselves without work. People were starving, suffering, and despondent.

They called it the Great Depression.

Memories and images of that severe economic downturn are still fresh thanks to photos and film and radio recordings. While the generation that personally experienced it grows fewer every day, the phrase “Great Depression” still conjures images of unemployment lines. People always think of dirty, starving children with haggard, worried mothers, crowded soup kitchens, sharecroppers, and shantytowns. Families have stories about how their relatives suffered during those days leading up to W.W. II.

Everyone suffered in one way or another. So many people wishing and hoping that their luck would change, they’d get some — any — break!

The Great Depression wasn’t the first period of steep economic decline in the United States. Almost a century before the start of the Great Depression, world commodity prices collapsed in the Panic of 1837. Both times, unemployment reached a quarter of the population in some areas. Consumer prices fell seven years in a row, causing people to put off purchases. The economy contracted. Why buy when the price might go down some more tomorrow?

Misery spread to every corner of the United States. If nobody was buying, nobody got paid. And so the suffering spreads.

Millions of men and women were thrown out of work. Many of them starved. In particular, a young man named Elias. After the textile factory in Lowell, Massachusetts, that he worked at went out of business, Elias and his cousin Nathaniel moved 30 miles away to Cambridge. They were lucky to find work as mechanics on carding machinery. Carding machines are important when you’re making cotton fabric. The machines clean, sort, and spin threads together when cotton becomes cloth.

The young men did what they had to do to survive, working hard to secure a better tomorrow. There would be better days ahead for both of them. Nathaniel would become governor of Massachusetts in 1858, then later a general in the Union Army during the Civil War and a congressman. Elias would become a renowned inventor. That success, however, was years ahead in the future. In the 1830s, both men had to do whatever they needed to do to survive.

Elias had an idea for a machine to would make strong stitches in fabric. With such a machine clothing, drapes, wind sails, and other textile products could be sewn faster and more efficiently. If he could invent and market such a machine, it would make him a fortune.

The young man talked about it with his cousin, “Nate, if I could build a machine like that, that would be the ticket. We’d never have to worry about where our next meal was coming from ever again.”

A machine like that had to be possible. With his experience in textile factories and, now, his apprenticeship in a precision machine shop, he knew what had to run right to have a well-functioning machine. However, a few details still stymied him.

The first designs u

sed the needle and thread conventionally. The eye of the needle was at the top. The thread ran through.

Those designs failed: every single one of them.

Elias went to bed perplexed and discouraged one night.

As he drifted off to sleep, Elias dreamt he had to build his invention for a savage king in a strange country.

“You have 24 hours to finish this machine and make it sew,” the king said menacingly. “Or else.”

The problem still stumped him in the dream. He couldn’t get the machine to make a single stitch.

In the dream, the time was up. The deadline passed.

The savages prepared Elias for execution.

Upon being led to his death, he noticed how the warriors were armed with spears pierced at the top.

That was it! He woke with a start. It was 4 a.m but he paid no attention to the time. He ran to his workshop. By 9 a.m., he invented the sewing machine. While there had been other sewing machines developed before, Howe’s was the first to make a lockstitch. This kind of stitch was much more durable than others. It revolutionized clothing production.

Notable story, but not uncommon

The gist of Elias Howe’s story about how he invented the sewing machine isn’t rare. Many scientific breakthroughs, songs, stories, and other creative breakthroughs have come to people in dreams.

While every one of your dreams may not have the world-changing impact of this dream, if you forget most of them upon waking every night, you’re missing something. Maybe not an invention, a hit song, or a new scientific theory. Perhaps it’s how you’re feeling about a particular topic in your life. That’s a problem because that’s an opportunity for self-knowledge.

Dreams haven’t stopped inspiring people. From the Pillow King to the Terminator movie franchise, dreams have played and continue to play a significant role in inspiration and planning. Learning to remember and interpret your dreams can pay you huge dividends over your whole life. It’s never a good time to quit dream journaling.

This page contains affiliate links for which we receive a commission if a purchase is made. Our opinions remain our own.