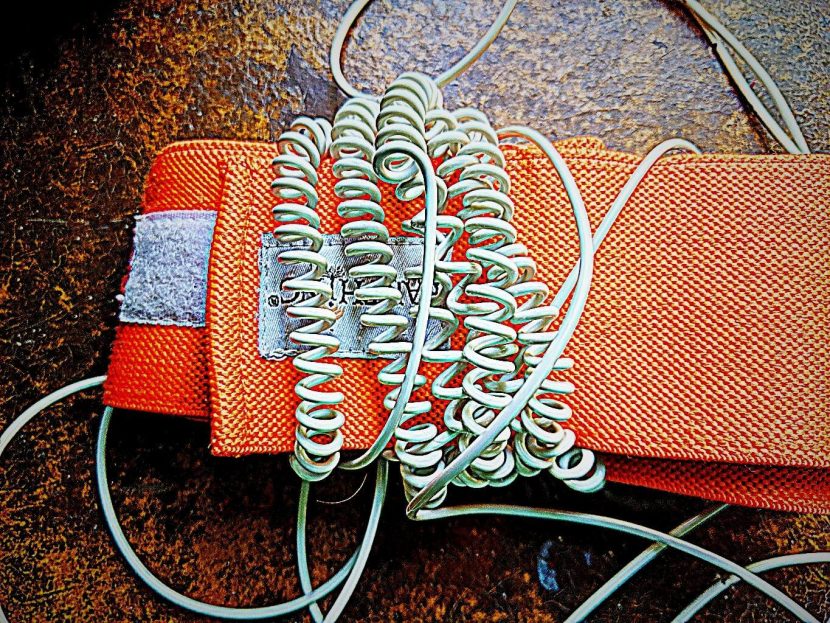 Grounding (also known as earthing) sounds, at first, like a bunch of hokum. When proponents talk about how it works, they usually cite all this mumbo-jumbo about being connected to the Earth and being inline with nature.

Their rhapsodic explanation sounds similar to other healing scams.

When it comes to grounding, it’s even easier to attack than usual. The process doesn’t provide an instantaneous cure for anything, usually. Many anecdotal reports say it takes days or weeks to get rid of the pain.

The cause and effect aren’t always so clear.

It sometimes gets murky when someone is trying to decide the answer to the ever-important question, “Does grounding help me?”

Here’s another red herring in understanding its efficacy: Because of activity and personal interests, using grounding equipment sometimes isn’t necessary. Some people ground naturally through their hobbies, like gardening and yoga. Some people have naturally conductive floors, and they walk around barefoot in summer and winter. For these people, grounding may not provide any dramatic results. They’re already grounding.

The results you can expect from earthing are situational. It’s easier to ground at certain times of the year when it’s warmer, in certain places, and with certain lifestyles.

When grounding is good

Grounding is terrific for people dealing with inflammation. That encompasses a lot of different conditions, like any disease ending with “‘itis.” It helps wound healing. It speeds recovery by normalizing cortisol secretions. When it comes to recovery, and that includes sleep, grounding helps.

Despite being around for over 20 years as a treatment concept, despite dozens of studies, grounding remains on the fringe.

The conditions it alleviates have millions of sufferers who take medications that are hard on the stomach and liver. You’d expect to see it be more widespread. Why it isn’t more common has to do with the marketing problems I mentioned above.

It has been subject to numerous small-scale studies, many of which have shown decreased inflammation in study participants. In that, it’s got an excellent pedigree.

These studies are easy to criticize. Many have few participants. None are large scale.

Large studies are costly. When it comes to companies that sell earthing equipment, a study is a study. Hey, you want studies? You got a study. So the study only had nine people. What do you want?

You’re not going to get many more studies. The fact of the matter is that there’s not much money to be made in this treatment modality. The equipment is too easy to make for yourself or be undercut by some other producer. Furthermore, you can’t patent it. Free-ranging electrons are everywhere.

In economics, they’d say there are low barriers to entry to get in the grounding equipment manufacturing business. From a business standpoint, you want something that’s more complicated and can be patented. Businesspeople want high barriers to entry.

Earthing will stay where it is for a long time: right on the fringe of healthcare. When it comes to insomnia, dealing with inflammation or wounds that won’t heal, it might be something that turns up in someone’s research, but it’s not going to be promoted. Most people are looking for more rapid cures. Earthing is going to be forever regarded as something weird until you think about how it works.

How to get the most you can out of grounding

I’ve been grounding for almost five years. I was looking for a solution to recurrent lower back pain. The back pain improved. I kept on grounding so it would stay away. It also helped me sleep less and more deeply when I worked nights. It’s one of the top tools in my toolbox when it comes to working nights successfully.

Grounding equipment beats the heck out of going barefoot outside in winter.

It beats the heck out of going barefoot anywhere there are thorns.

Because you’re likely to spend far longer sleeping than you will in a garden, it makes sense to wear grounding equipment when you’re sleeping if you’re doing it for health concerns. The electron exchange takes place passively. That’s why there are earthing pillowcases, sheets, mats, and bands for use in bed.

Grounding equipment is available from a wide variety of retailers, or you can make your own.

All that said, here are my top tips to getting the most you can get out of your grounding equipment.

Pay attention to the condition of the system

Grounding equipment works as a therapy because it uptakes free electrons from the ground. These electrons bind the orbits of free radicals in your system, limiting their damage. It’s really not as weird as it sounds. If you think of antioxidant vitamins, grounding works in the same way. In one case, the free electrons are coming through the skin; in the other, the unpaired electrons are coming in through your mouth in a pill. Makes sense?

If the wires are bent, broken, or deformed in some other way, your system isn’t going to work at all or, perhaps, work less efficiently. The electrons have no way of going up the wire.

If you use a grounding band, wrap it up so that it stays out of the way every morning. You don’t want people walking on the band or breaking it in any way. Wrapping it up helps your system stay in good condition. If there is one single fault in the wire, it’s not going to work as well. I do this, and I’ve had my system for over four years with daily use.

The small wires sewn into grounding sheets are fragile and break with repeated use and laundering. Grounding sheets tend to have a limited life, though they have improved some sets. Plan on replacing them if they no longer seem to be working. These flaws aren’t necessarily immediately visible, but you will notice a difference if grounding while sleeping is your primary way of connecting with the Earth.

Grounding one part of your body is as good as grounding the whole thing. Your body circulates electrons and the molecules they orbit systemically. Grounding can work on a particular area of the body by plugging into an EKG patch or wide area with a sheet or mat.

You’ll feel effects sooner if you target a singular area. A sheet or mat, too, targets a broader area. The band, when maintained, is a more rugged piece of equipment.

Emergency departments measure heart function with EKGs, also known as electrocardiograms. When you’re performing an EKG, you place an electrode at general points on a person’s body. The heart functions like a pump. The EKG machine looks at the way a charge cycles through the body. In that way, you can take a sort of snapshot of the way the person’s heart is functioning at a single instant in time. You can tell if someone is having a heart attack, if their heart is damaged, or if it’s beating too fast or too slow.

If you’re using a grounding band, try putting a little moisture under the metal. The moisture should allow the electrons to conduct. The moisture can be from wetting the area or from a water-based lubricant.