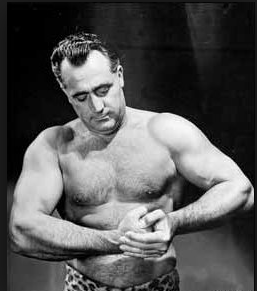 Why illustrate an article about how to stop someone from snoring with a picture of Charles Atlas?

Charles Atlas was not known to snore.

Charles Atlas was known for his ads in comic books and for building his impressive physique entirely with isometric exercises.

First, when you’re trying to stop someone from snoring

When trying to stop someone from snoring it’s important to do a mood check on yourself first.

If you are, don’t talk about it, at least not right then. Wait. Take a deep breath. Take another. You’re probably going to yell at them. You’re going to blame them for your sleepless night(s).

If you start yelling, you’re not going to stop anyone from snoring.

The goal is to be helpful and to actually stop that probably special someone from snoring. You’re not going to be successful if he or she gets defensive.

Anything you say, if you say it in anger, may be taken the wrong way.

Heck, even if you say it without a trace of anger, it may be taken in the wrong way.

Talk about this away from the bedroom.

How many relationships have broken up over snoring? There’s no way to tell because intuition should tell you that it’s a deal-breaker before people get married.

It shouldn’t have to be.

Before we talk about how to stop someone from snoring, it’s a good idea to understand why people snore.

Why do people snore?

People have to keep breathing while they sleep. The sound of snoring is caused by upper airway tissues vibrating as the sleeper inhales and exhales. Zzz! Twenty percent of all adults snore regularly, with another 25 percent snoring occasionally. Some people only start snoring as they grow older.

Snorers don’t necessarily have sleep apnea, though snoring is a symptom of it. What happens in sleep apnea is the tissues at the back of the throat close when the person tries to inhale. Breathing stops before starting again. This can happen hundreds of times during the night. That interrupts sleep.

The tissues swell. That makes the snoring worse.

Why stop someone from snoring?

You can wear earplugs, after all.

Snoring can lead to a number of other problems like a greater incidence of diabetes, broken marriages, cardiac problems, injuries, mental health difficulties, headaches, fetal problems in pregnancy, and obesity.

If you’re able to stop someone from snoring, you’re helping them out. Negative consequences can be far-reaching.

What to do to stop people from snoring

The solution might as simple as getting them to sleep on their side. Often the throat muscles have become slack and the tongue has fallen back into the throat. Sleeping on the side gets the tongue to fall forward.

The problem is that people can get sore sleeping on one side. They want to shift their position. When that happens, the snoring may resume.

Can their back be propped up on a pillow? Alternating between a 90-degree angle, a 45-degree, and a 20-degree angle may be enough to prevent both snoring and muscular soreness.

Sometimes sleeping on the side isn’t enough. Overweight people carry around extra tissue. That extra tissue flops around when breathing.

The thing that hangs down from the roof of the throat that you see at the back of the mouth is called a uvula. Some people have a larger-than-normal one. Sometimes their tonsils can be too large too. Or they can be suffering the effects of a broken nose or be congested.

Anti-snoring exercises aren’t going to help everyone. One actually has to exercise if the exercise is going to help. Some people might end up needing to have surgery. Others can use a device. If the person has extended pauses in their breathing when sleeping that’s known as sleep apnea and they should benefit.

The good thing is that if they do work, there’s no equipment to maintain, nothing uncomfortable on the face, no embarrassment. Anti-snoring exercises are actually a lot of fun (at least I think so). You can do them anywhere, anytime.

Anti-snoring exercises are basically isometric exercises for the tongue. Isometric exercises have a lot of advantages over exercises that require weights. They don’t require any equipment. You can do them any time. When you’re trying to stop someone from snoring, it’s smart to make that the first thing to try.

Some people can’t wrap their minds around the fact that you can build a lot of muscle by playing off one body part against another. Well, you can. Some people like to use equipment. That’s the way it is.

When it comes to stopping someone from snoring, when talking about it, keep it fun. Keep it light. Offer to do the anti-snoring exercises with them. Having a super-strong tongue never hurt anyone anyway.

At the same time, you should be firm. You’re mentioning anti-snoring exercises to help them.

It’s really physical therapy for the mouth. There’s nothing weird about it.

It makes sense to use a complete program, too, for the sake of variety and to have a comprehensive approach to mouth, tongue, and soft palate fitness.

One alternative to antisnoring exercises is a mouthpiece worn at night. While they can take a bit to get used to, getting accustomed to it goes better than many would expect. Snoring happens because the airway is diminished. The mouthpiece improves breathing. Wearing the mouthpiece, the snorer often feels more rested.

The mouthpiece is sized and then adjusted by heating in hot water getting a tight, secure fit. 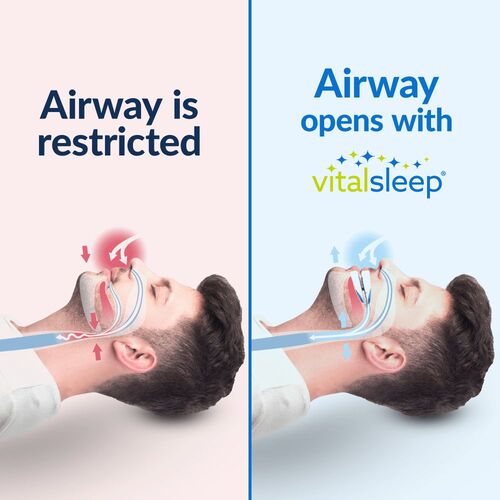 Whether you stop snoring with an anti-snoring mouthpiece or anti-snoring exercises, stopping someone can be readily accomplished.