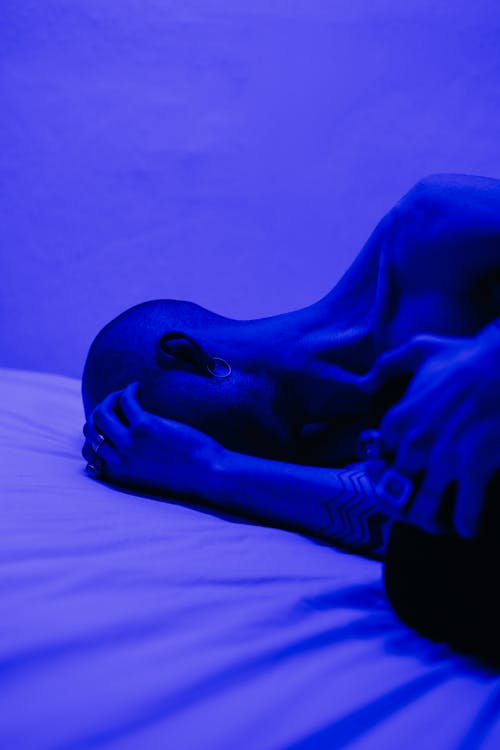 Lots of occupations get to see man’s inhumanity to man.

Some more than others.

When it comes to bedtime, this can affect their ability to sleep.

A study from 2011 showed that 40 percent of police had at least one sleep disorder. Most commonly, the disorder was physically expressed as sleep apnea.

Soldiers, too, can see troubling things in war.

In Iraq, a friend of mine knew another soldier. They’d pass by and nod to each other when they were going one place or another. They weren’t good friends, and they were, more literally, “nodding acquaintances.”

One day a missile came over the wall into the Green Zone, where the troops from the United States and its allies had established a secure perimeter. The missile hit one of the buildings with people inside. As soon as the attack was over, my friend got busy sifting and moving rubble, looking for survivors.

He moved a piece of the rubble and uncovered his nodding acquaintance with half of his head blown off. For weeks and months later, he saw the other guy and how he looked when he pulled him out of the rubble.

That’s what’s known as PTSD, Post-Traumatic Stress Disorder. It’s a mental health problem that sometimes develops after experiencing or seeing a life-threatening event such as a natural disaster, accident, sexual assault, or combat.

Most of the time, people will feel rattled after something like this for a couple of weeks. Sometimes the weeks turn into months. When it does, it’s time to get help.

Another friend was driving in convoy in Iraq. His vehicle passed over an IED (Improvised Explosive Device – a bomb). When his vehicle drove over it, it didn’t activate for one reason or another.

The HMMWV (pronounced Humvee, or Hummer) right behind him wasn’t so lucky. He saw it blow up in his rear-view mirror. The explosion killed three soldiers in his platoon riding in the vehicle behind him. In 2004, most hummers didn’t have much armor on their undercarriage during the early part of the war. The thought was less armor led to more maneuverability. Driving around the streets of Baghdad, he didn’t feel safe at all. They jury-rigged some armor for the underside, but the efficacy of this armor was questionable. Many felt that whatever they could weld in place was better than nothing.

When he came back home, every time he saw another car in his rearview mirror in the same position as the vehicle that blew up in Iraq, he’d get a flashback and feel uneasy again.

People who work some jobs are more vulnerable to experiencing emotional trauma than others, but anyone can experience it.

People encounter all kinds of upsetting things at work

In my other job as an emergency department registered nurse, I had a tough week. One mentally disabled patient was raped violently and ended up with a colostomy on Monday. Then I had a thirteen-year-old who tried to drown herself on Tuesday. She blamed herself for the death of a baby whom she had been asked to babysit. Last month, she discovered her aunt’s body after killing herself.

Then another thirteen-year-old boy had succeeded in hanging himself down in a wash the week before. The medics bringing him in had to go down into a wash. They didn’t have a chance of saving him from making the mistake of his life because you can’t do CPR and traverse cross country.

Nevertheless, they tried. He was only 13, after all. They strapped him to a backboard and strapped a compression machine onto his chest. They brought him into the emergency department like that, a chest compression machine thumping away at his lifeless chest, the boy obviously dead.

Another young lady who tried to kill herself was stopped by her mother, who cut her down from the noose she fashioned in the basement. The girl had left a suicide note: “I’m sorry I’m such a fuck up. It’s better this way.”

There’s no shortage of troubling things in this world. There are physical troubles, emotional troubles, and spiritual troubles, to name but a few.

You can try to mentally and emotionally deal with these things by compartmentalizing them. “That goes on there. This is now.” It can help, but like anything, it’s not a foolproof method.

You can try to put it out of your mind by busying yourself with thinking of other things.

It worsens when they take up residence in your subconscious and cause insomnia.

Reactions to these events can cause PTSD. Traumatic events that happen to yourself or others don’t necessarily lead to PTSD, but they can.

Sometimes the mind successfully processes them. The sufferer comes to some perspective on them.

PTSD is diagnosed after a couple of months of sleeplessness and feeling on edge.

Talking about your troubles can be a way of coping. People have trouble talking about their troubles too a lot of times. Sometimes it’s because nobody in their life will or can listen to them. Sometimes, people will listen, but the person who has had the traumatic experience doesn’t want to trouble them doesn’t think they’ll understand.

If you have someone to talk your feelings out, you’re less likely to develop PTSD.

Talking isn’t going to work for everyone. Some people have trouble putting their thoughts into words, and others don’t have anyone in their life who listens.

Compartmentalizing doesn’t work for everyone either. The thoughts of the event can creep into every aspect of life.

If you don’t believe in a Higher Power, you can always pray for belief if you’d like to believe.

Psychotherapy focuses on the memory or meaning of the trauma. You visualize, talk, and think about the memory. The therapist can work with you about changing unhelpful beliefs about the trauma.

You can’t always stop bad things from happening to yourself or others. The best you can do is control your reaction to it. Sometimes you’re going to feel terrible. The key to sleep and the other areas of your life is healing and gaining perspective on the tragedy. Perspective is key.

The National Center For PTSD

A Christian Approach to Complex PTSD

How To Use Prayer Beads To Help You Sleep

Vaccinate Yourself Against Psychosomatic Illness

5 Techniques To Use To Stop Thinking About Something