Sometimes you’ve got to go deep within your mind to understand and interpret your dream.

They say nothing worthwhile is ever easy.

And it’s not true. Many worthwhile things are easy: brushing your teeth and getting dressed, for example. Those things are so easy that they get taken for granted. They’re also very worthwhile.

Plenty of things are easy for some, less easy for others, and worthwhile for all.

Whether they’re easy or not depends on your circumstances.

When they say nothing worthwhile is ever easy, they mean to be encouraging. What they’re saying is “stick to it. Don’t give up.”

Don’t get me started on quitters never win, and winners never quit.

You must know when to cut your losses. Period.

When it comes to interpreting your dreams, whether it’s easy or not is relative. Sometimes the answer as to what the dream is about hits you right after you wake up. Sometimes not. Sometimes you’ve got to think about it for a couple of days or more.

Don’t bother asking someone to interpret your dream for you. If it’s stumping you, it’s going to stump them.

Why is this so?

I’ve realized that often it’s because your subconscious or spirit guide is trying to communicate about something you know little about.

Your subconscious is drawing from a memory bank with a shortage of symbols.

The dream is like having a conversation with someone speaking a foreign language or who doesn’t know the basic concepts of what you’re trying to communicate.

It’s a dilemma faced by screenwriters trying to write a movie script for something with few symbols.

Not everything is easily communicated with symbols. Symbols comprise the language of dreams.

Get curious about your dreams

So that’s sometimes what’s happening when you have a dream, and it doesn’t make sense.

Your subconscious wants to communicate with you about something you don’t have a bank of symbols for.

One night recently my subconscious wanted to make a point about Guatemalan and Honduran refugees. I know about those countries only in the most general terms.

It could have shown me a man or a woman.

Same as showing me a jungle scene. 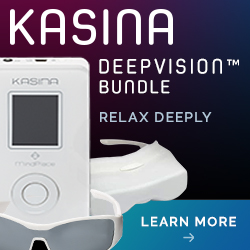 Lots of countries have jungles.

I didn’t know what the flag of either of those nations looked like.

I pinned down the meaning to Guatemala and Honduras. Mexico didn’t feel right.

The subconscious operates in the back of your mind somewhere. If you come up with a couple of interpretations, eventually you’ll guess the right one.

It’s not too far from playing charades with yourself.

Work for that interpretation! Go deep! You’ll know when you get it right.

The DRS uses affiliate links in its display ads. What this means is that if you click on a link and make a purchase we receive a small commission from the sale. Our opinions remain our own.

1 thought on “Go Deep To Interpret a Puzzling Dream”