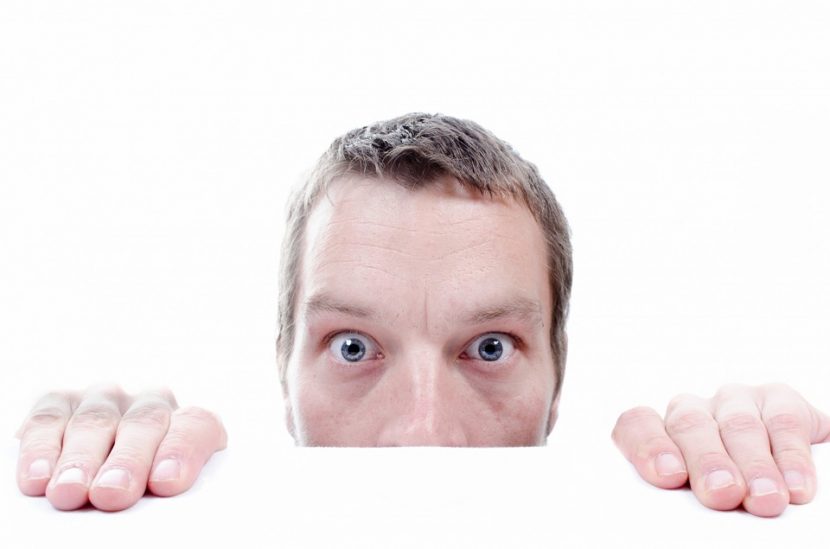 As recounted in the Dream Recovery System, one of the most famous dreams of all time was Elias Howe’s 1845 dream leading to the sewing machine’s invention. It was a dream that revolutionized an industry and changed the world.

It’s been called racist, too.

For weeks, the young man had been working on a machine that would stitch two pieces of fabric together. For several days he’d been stuck, trying to figure out how to affix the needle on the machine so the thread wouldn’t bunch up.

Finally, late one night, he gave up and went to sleep.

The answer he sought came to him in his dream that night.

In the dream, he was captured by African natives. Their king gave him a deadline. Figure out this problem with the machine or else.

Howe couldn’t do it. Time was running out. They were going to kill him.

As promised, the king ordered his warriors to advance. They came at him with spears, ready to stab him. He noticed there was a hole in the top of each of the needles.

He woke up with a start. That’s where he needed to put the hole! Not up towards the top!

Commenters have called this dream racist. Howe was a white man living in Massachusetts in the 1840s. The dream featured Africans with spears.

Dreams like Howe’s are the products of the imagination. So are stories. This dream features imagery similar to a trope common in science fiction literature of that period and for some time thereafter, “Lost World” stories. Writers like H. Rider Haggard, H.G. Wells, and Edgar Rice Burroughs were very successful in conveying these unexplored areas’ mysticism. Unless you’ve been around Africa, even today, it’s hard to appreciate just how big that continent is. Part of the problem is due to the most common ways maps are displayed on the globe. Further, in days before air travel, it was even more difficult to get around.

Landscape influences human development in ways they aren’t always immediately aware of, such as how the shape of landmasses has influenced human history, as detailed in Jared Diamond’s Pulitzer Prize-winning tome Guns, Germs, and Steel.

Howe’s subconscious solved the problem he was working on. It was trying to communicate the obvious solution to his problem in the wordless way the conscious mind could understand. That’s a process that relies on exaggeration and perception, sort of like the game of charades.

Maybe it’s helpful to imagine what Howe’s interior dialogue must have been like.

Subconscious: He’s thick. The solution is right in front of him. How I let him know? Spears are similar to giant sewing needles. Maybe he can make the connection?

The giant sewing needle needs to have a hole at the top.

So who carries spears?

Ergo, the natives confront how in his dream with specially designed spears.

When it came to textiles, it may have been natural to tie that in with Africa, a continent with many colorful fabrics well known even then to an expert. Howe was an expert. For example, he probably knew something about Ugandan barkcloth and how it was pounded out from the bark of a mutuba tree. It’s natural to assume having a machine to sew cotton fabric would be easier and faster. It’s easy to imagine an African king from the 1840s demanding such a machine.

Who can tell? The brain is like a bowl where all of these different ideas get mixed together.

A dream is within yourself

A dream is a communication within yourself. It’s going to be influenced by your perceptions of others and groups of others. If, for example, you’ve had nothing but bad experiences with a group, and that group has certain characteristics, your dream is going to be influenced by those feelings, even if you feel yourself being pulled to greater personal growth and understanding.

Racism, sexism, ageism, or any other “ism” is a sociological construct.

Sociology involves the interplay of one group or individual and another. It’s the study of human social relationships and institutions.

Dreams are psychological. Psychology is the study of the mind and behavior.

The focus should be on the message if any. Dreams are there to help you understand your inner mind.

In your waking life, you may or may not be racist. Having a certain dream doesn’t make you racist, however. Dreams are merely communication by symbol.

The term “racist” is bandied about in so much discourse these days. The word is often used extremely loosely and based on misunderstandings.

What matters, ultimately, is how people treat each other. Humans make assumptions about others and their environment when determining their actions. Sometimes those assumptions are accurate. Sometimes they’re not. What has been generally good is the examination of assumptions.

If you have a dream that uses socially unacceptable group characteristics to convey a message to you, don’t worry. It’s a form of abbreviation, symbolism, and shorthand. Dreams are an interior construct. Not a social one. What’s important is the message itself, not the symbols.

In Howe’s case, the message was “put the eyelet near the tip of the needle, not at the furthest point away.”

That’s a positive message. It resulted in us being able to make clothing more easily than before.

So you had a stupid dream? What to do now.

Does paying attention to your dreams make you a mystic?

Should you wake up to record each dream in your dream journal?

This is the best way to record your dreams.

The DRS includes affiliate links in some banner ads. This means that if you click on a link and make a purchase, we might receive a small commission. This arrangement has no influence on our opinions.