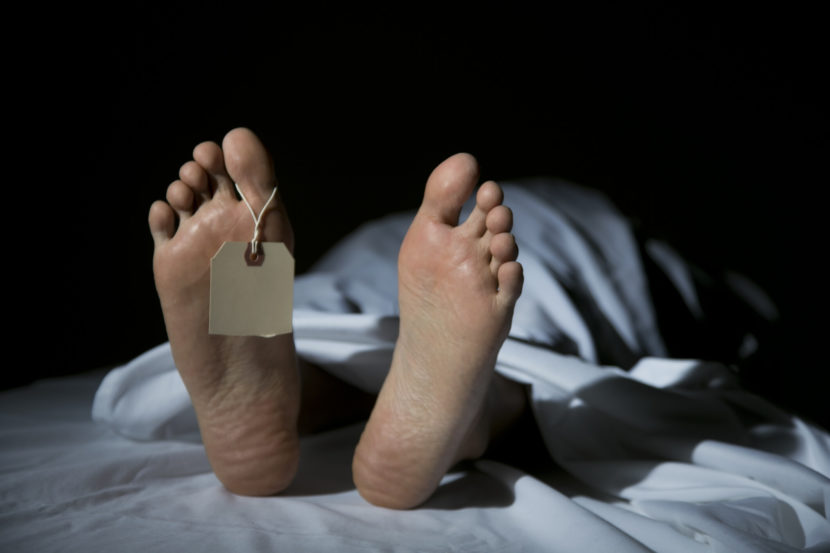 Having a dream where a dead person you’ve known is talking to you is one of the most exciting dreams you can have. They’re especially common around this time of the year.

November 1 is All Saints Day.

November 2 is Day of the Dead or All Souls Day.

As with other customs and food, celebrating the Day of the Dead used to be relatively uncommon in the United States. This has changed with the spreading popularity of many Mexican customs and food, especially in the southwest.

These dreams and your feelings

Feelings about these dreams can range from troubling to happy. A lot of the way you feel about it will depend on the way you think about the person who died.

During the last few years of my maternal grandmother’s life in the early 80s, she frequently spoke about having dreams of my grandfather loving her and spending time with her in her dreams. According to Elizabeth Kubler Ross’s work, it’s common for the dying to have experiences like this. However, my personal experience shows me that this is not necessarily uncommon, even for people who aren’t dying. It seems to be common for people in hospice, almost as if it’s part of the soul’s transition into the afterlife.

My grandmother may or may not have entertained the idea that he was visiting her. Publically, she’d have adhered to the notion that it was her subconscious, nothing but a sweet memory combined with the events of the day. I don’t know if she believed in psychics, though I do know she didn’t trust fortunetellers. “Only God can know the future,” she would have said.

My grandmother was Catholic.

These questions are grouped with other related questions, so the numbers below don’t match the number in the headline.

1. What (really) was my relationship with the deceased person?

Was the person in your dream someone you once knew well or was it a stranger? How do you feel about them? How do you think they felt about you?

If the dream was of your departed pet, the same questions apply if they communicated in the dream in some way.

Remember that not all communication is verbal—one can communicate with just their presence, though not all presence is communication. For example, being present for someone in a time of need communicate they’ve got your support. You don’t necessarily have to say anything. On the other hand, a chance encounter with someone on the street where you pass by each other isn’t communication. A lot of it depends on how you feel about it.

2. What were they doing in the dream? Were they showing something to you?

This can be an essential aspect of understanding your dream. Moreover, how do you feel about what they were doing in the dream?

3. Was the dream vivid, or is your recollection rather dim?

This doesn’t necessarily mean anything one way or another; it’s just something to note. It’s easier to feel more confident about your dream memory, however, when the dream is vivid.

4. Did the dream occur today, in the future, or the past when they were alive? Or was the dream like a slice of day-to-day life, nothing spectacular, even humdrum even if it was the past?

If it’s from another time period, it’s essential to ask yourself how you feel about the other period.

5. Were there others in the dream? Or was the dead person alone? Were some of the people dead and others alive?

Sometimes in dreams, we can get preoccupied with the one main speaker or main person that we forget that there were others people there with them. The presence of others besides the main person can influence how you interpret the dream.

6. What was the deceased person saying in your dream? Were they talking by voice, or was it another form of communication like telepathy?

How they spoke can influence your interpretation.

7. In the dream, were you aware that they were dead?

8. Did the dead person know they were dead?

9. Were they giving you some information that you didn’t know?

Then the next step is to see if it’s true. It doesn’t happen every day, at least to me but it kind of has a way of getting your attention when it does.

The best way to record a dream

We use affiliate links. If you click on a link and make a purchase, we may receive a commission. This has no influence on our opinions.