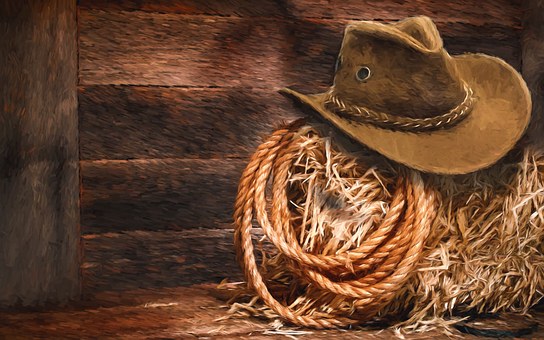 Something of a cross between George Clinton and Snoop Dogg, the lead singer wore dusty overalls and thick work gloves. The backup dancers were also dressed for farm work.

No crops were being raised, however. There were no animals getting fed either.

Behind them, a barn. A crowd grooved approvingly on a tractor and up in a hayloft. Some members of the audience stood on bales of hay.

I love you, Candy Jane!

The singer sang soulfully, passionately into the microphone.

This was a music video. I was watching it, enjoying the song as it unfolded. I grooved along with the crowd, a professor of sociology standing next to me explaining what was going on. I knew what was going on. This band was killing it. I ignored him.

A hit! I’d hear this on one of my Spotify mixes! Maybe on the radio.

Alas, no. When the dream ended, the song ended too. I’d never hear it again.

The song “Candy Jane” doesn’t exist in our world. An internet search shows there are children’s songs called “Candy Cane Jane.” They aren’t anywhere being near the same thing.

Urban music videos usually don’t have rural, agricultural settings. My subconscious got the idea to put this song down on the farm from “Real Money with Ali Velshi.” When that Al Jazeera show covered the riots in Ferguson, MO in 2014, they noted how many former residents of inner cities had moved out to the suburbs. I’m familiar with how development proceeds in the suburbs. They remain mixed rural/urban for some time.

“Candy Jane” came into the song because it was the Christmas season, even though the dancing farmworkers had no other props. It wasn’t meant to be a holiday song.

My subconscious also borrowed from Rick James’s Mary Jane, though there’s nothing agricultural about his act. Maybe it was influenced by the white satin cowboy hats James would occasionally wear.

It’s widely reported Paul McCartney wrote Yesterday after hearing the melody in a dream. He’s not the only one. It’s common for songwriters to get inspired by their dreams.

Then you get to be somewhat frustrated.

A Trouble With Keeping A Dream Journal

It doesn’t stop with songs. As a dream journaler, you’ll get ideas for inventions, solutions for problems other people face and “improvements” you could have made to the past. Some weeks ideas come in a flood. You can’t work to make every dream a reality.

Sometimes your dreams can inspire you to do something about your shortcomings. You can get the skill that makes it possible for you to turn the dream into reality. Other times you can’t. The direction of your life stops you. Time constraints stop you. We all only get 24 hours a day. Choose wisely.

When that happens, all you can do is acknowledge that you enjoyed the dream for what it is and move on.

You might be tempted to give up keeping the dream journal, but you don’t if you’re aware of the benefits.

Another thing is to think generously.

That’s what I do.

Someday I’d like to meet a talented urban musician with a band. “Listen, buddy,” I’ll say. “I have a helluva’ idea for a song and music video. Hear me out. . .”

Seeing it made by someone who could pull it off would be almost as cool as having a hit song yourself.