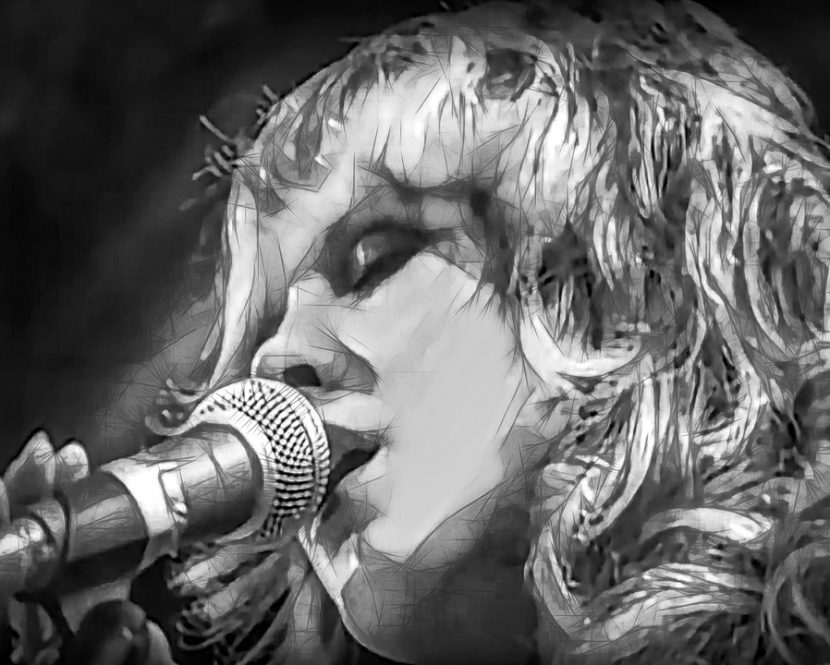 A number of shabbily dressed peasants were being interrogated by a law enforcement official: “Who did you see?”

“Good,” he said. “That will make it better and safer for you.”

Then it was the famous singer’s turn. She was off somewhere to the side, away from the peasants.

“Who did you see?” the official asked.

“Say you saw the peasants,” the official suggested.

The next morning, when I was trying to interpret the dream, I had no clue as to what it was about. Stevie Nicks? Peasants?

I enjoy Stevie Nicks’ work, especially with Fleetwood Mac, but I haven’t listened to any of it for a couple of years. It was apparent that Stevie Nicks was representative of something to my subconscious. So were the faceless group of peasants. I didn’t know what immediately.

I decided to make a mental list. What did Stevie Nicks’ music mean to me? Rumors was one of the first albums I got as a child. My cousin bought it for me for my birthday. A friend of mine had a crush on her during high school. I really liked the beat of Tusk.

Those answers were as good as drawing a blank. None of that seemed to be what the dream was about.

If you’re struggling with understanding the dream, be sure to follow the process. Use The Dream Recovery System to probe for details. One of those details might provide a hint.

The law enforcement official seemed to be representative of society, rules, regulations, and the laws people make. He was telling the group of poor, vulnerable people what to do: say they saw Stevie Nicks.

The “C” in PACTREPS means color. Stevie was wearing a white blouse. I went on the Internet and realized that in the dream she was dressed like she was in the video for “Stand Back.” But then, another video came up was for her song “Gypsy.” I had forgotten all about that song. That rung a bell. This dream was a commentary on the Roma people.

A couple of nights before I had seen a documentary about how the Roma people were persecuted throughout Europe. No country wanted them. My subconscious related the Romas, also known as gypsies, to Stevie Nicks because of her song “Gypsy.”

The song has absolutely nothing to do with actual gypsies. Stevie says she wrote it about her going back “to the gypsy that I was.” She saw herself as a gypsy before joining Fleetwood Mac. The video for the song has Stevie dressed something like a Gypsy Rose Lee character from the 1930s.

My subconscious seized on the title of the song and Stevie Nicks to make a commentary. Homeless, wanted nowhere, the target of exploitive documentaries, the gypsies in Russia, Romania, and Italy are vulnerable. The boys are discouraged from getting an education. The girls are married off early.

“Say you saw Stevie Nicks,” as the law enforcement official said in the dream was a way of saying the peasants (the real-life gypsies in the documentary) should dress better. If they looked at themselves and “said they saw Stevie Nicks” then they’d be evoking her, a seeming paragon of gypsiness. Stevie dressed in loose, flowing garments, reminiscent of gypsies. They should adopt some of the glamour, some of the presence, and they’d be better off.

The law enforcement was being put in a bad situation having to evict the gypsies. He didn’t want to. Sometimes law enforcement is put in untenable situations by the society they represent. Everyone would be better off if they upgraded their image, he advised.

Stevie is apparently a kind of gypsy, though you wouldn’t suspect her of taking your wallet or cheating you. Most people wouldn’t mind having her for a neighbor. They needed to be that kind of gypsy.

It can never be good for a people to be portrayed the way they are in the documentaries and on reality TV shows like “My Gypsy Wedding.” You’ll have some people try to exploit you because you’re without resources. For example, payday lenders exploit the financial desperation of poor people with sky-high interest rates and high fees on loans. Loans at high-interest rates used to be known as loansharking or usury.

Interpreting your dreams can take some work. You’ll have to use some tools to jog your memory and make the connections sometimes. If you do, you can be awarded with awareness. In my case, I was made aware that gypsies bear some responsibility for their plight. With a little attention to appearance, they can be true to their culture and heritage, and still put their best foot forward toward the rest of the world.