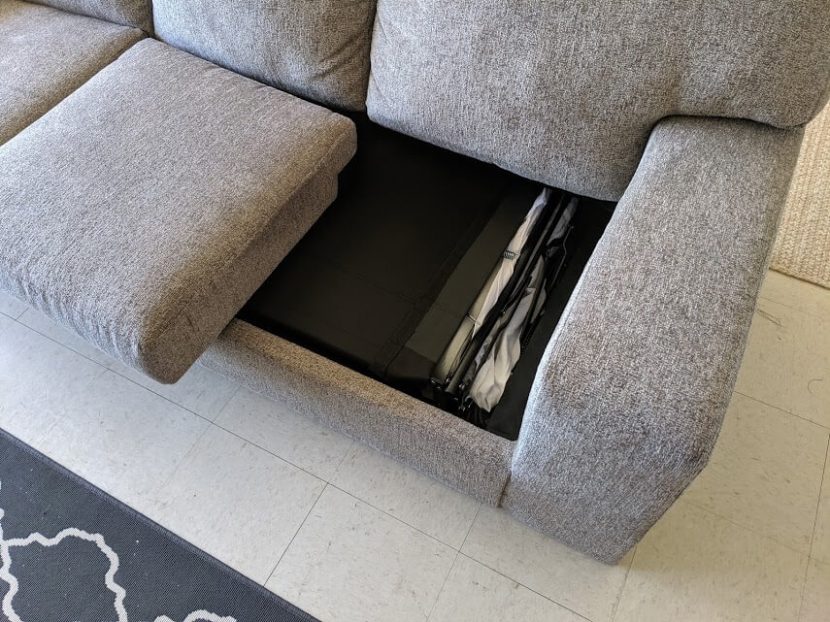 Any variation of the above.

Whatever you want to call them, they’re not actually meant for sleeping in unless you’re around five years old.

Even if you’re five, whether they’re meant for sleeping is highly debatable.

It’s one of those products that sounds nice.

The reality, when you actually try to explore that option, isn’t nice at all. Never mind it being “far from perfect,”; it’s more of a torture device than a favor to your guests.

There’s a bar going right down the middle of where you’re supposed to lay down. The bar has to be there in order to support your weight. You can’t get rid of the bar because the springs holding the fabric that the mattress sits on wouldn’t be able to support much weight. Having your guest fall through your sofa bed would be worse than having an uncomfortable pull-out sleeper.

It’s all about the sales pitch: “Look! A bed comes right out of the sofa giving your guests a place to crash for the night.”

No. It doesn’t work.

Let’s not forget about the thin mattress. That definitely adds to the uncomfortableness factor. It has to be thin because the primary use of the furniture is as a sofa. Nobody is going to have a sofa sleeper and no bed in their apartment or home. 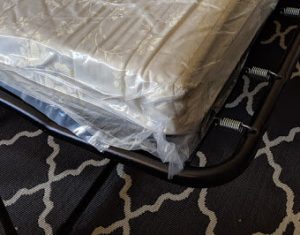 The sleeping skill to be learned in this case is to not even try to sleep there. A sleeping bag on the floor is a better alternative to a sofa sleeper. So is an inflatable air mattress. For that matter, so is a thin sheet placed on the floor while you rest on it fully dressed in tight clothes. Really, there’s not anything much worse than trying to sleep on one of these especially if you can’t lay along the very top of the pullout for one reason or another.

Well, that’s not entirely true. Trying to sleep on a busy street corner in the rain is worse. Sleeping in a hot outhouse at a construction site is worse too, I imagine. I could probably come up with a few other examples but I imagine you get the idea, reader.

If you encounter a situation where you’re expected to sleep on one of these, you’re best off following the five principles of sleep, as detailed last week.

With such great options available why do they still sell them at every furniture store?

The only logical reason I can come up with is that the idea of them sounds good. They’re a feature, a solution to someone’s problem that everyone expects to come up every once-in-awhile. That can be the only possible reason.

But if you absolutely have to sleep on a sofa sleeper…

Lay along the top. Don’t try to sleep with that bar going down the middle.

That’s probably not going to be possible if two or more people are expected to sleep on the sofa sleeper together.

If that’s the case, just tell everyone you’re both going to sleep on the floor. Tell them that it’s better on your back, that you prefer a hard bed.

Then clean off a little place there on the floor (if it’s not clean already) and do the best you can. You’ll be better off even though it might be hard and dirty.

Sleeping on a sofa sleeper can leave you with excruciating back pain that can stay with you all of the next day and even beyond.

If you say you are able to sleep on one of these things and you are greater than the age of five, I’d wonder if you are a Super Sleeper or a liar.

Even if you’re in an urban area with a lot of light pollution it’s probably better to go outside and try your luck sleeping on the ground somewhere.