In a way, they’re checking out from humanity. You can see these rationales expressed on Internet comment boards.

Usually, internet marketers are circumspect about letting you know they’re watching this aspect of your viewing habits. They know even though they might not readily let you know.

It warps you, too. This is, perhaps, one of the most severe consequences. The habit starts with normal sex. Sooner or later, the normal becomes boring, having run through all the same predictable situations. The biochemical reason for this is that the brain is searching for the novelty of the dopamine high. Delta-FosB proteins are building up in the nucleus accumbens. This is rewiring the brain.

If you make it a big enough part of your life, you’ll send out this intangibly creepy vibe some people are sensitive to. Instead of having relationships with other people, you’ll be the kind of person who has fantasy relationships with sex partners in the videos. It’ll become part of your character. It’s inextricably linked with depression. The exterior is often a reflection of the interior life.

You vote with your dollars and attention on the kind of world you want to live in.

It also can interfere with the normal dreams you’d have. 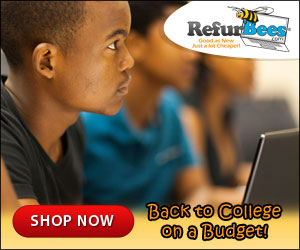 Maybe you’re not living your dreams. Perhaps you’re not creating. You’ve got a buildup, and it’s choking you right before bed. Keep in mind that it’s not just men who have yang energy. Women have it too, and they can suffer from an overabundance of it. The key is to find a balance of yin and yang energies.

Describing this phenomenon in nebulous terms like this almost sounds ridiculous in English. Yet, in practical terms, this can mean getting more exercise, removing creative frustration, or increasing self-discipline. These aspects are considered masculine and thus referred to as “yang.”

Release dopamine and oxytocin by visualizing a romantic partner

This kind of mental work can be beneficial. When you meet someone in real life who has the type of characteristics you value, you’re more likely to value them correctly. You’re going to know what you’re looking for.

In short, take the first steps to make fantasy a real, sustainable reality that makes you truly happy in the long term.

It turns out the actors and actresses aren’t porn’s only victims. The audience is too.