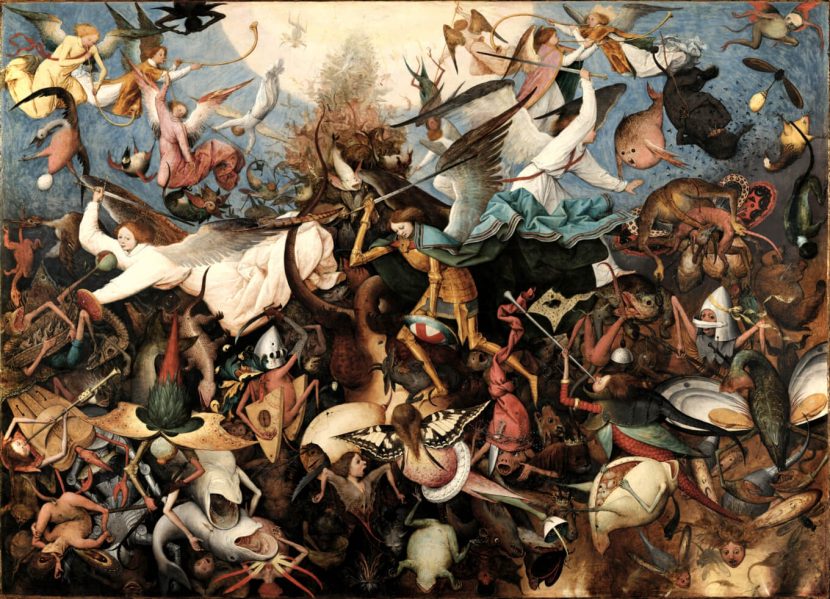 An area that intrigued me when I started writing this blog was the spiritual side of sleep. It seemed to be the health dimension nobody else was writing or thinking about.

The spirit is one dimension of health along with emotional, environmental, intellectual, occupational, physical, and social.

This means that as the other health dimensions can influence sleep, so can the spirit.

How different health dimensions could influence the need for rest, recovery, and sleep.

The man or woman dealing with an emotional relationship break-up can have trouble sleeping until they mentally process it.

The would-be sleeper can have a hard time sleeping in a noisy environment. This problem can afflict someone who works the night shift or has neighbors who are awake at all hours of the night.

Someone dealing with an on-call schedule where they can be called at all hours when they’re asleep can be suffering the occupational effects of sleep.

And so on. Each of the health dimensions would have different problems associated with it.

The spirit is no exception.

When it comes to the spirit, health, sleep, the existence of ghosts, demons and angels, and their influence is, potentially, an 800-pound gorilla hiding in plain sight.

Yet, if you accept their existence – and many do – they could influence sleep.

In accepted, modern secular parlance pretty much all problems of the spirit are addressed with meditation. Relaxing. Controlling your breathing. Gratitude exercises. Modalities of that kind.

So if you’re troubled by ethical concerns resulting from your actions or the actions of other people, go meditate.

It may be the answer, but it may come up short.

If you accept the existence of spirits (yours and others), you realize sleep, at least for some people, some of the time, is a bridge between the seen and unseen. In the darkness, before you drift off to sleep, these invisible elements of the spirit can rush up to meet you.

A western-based mindset uses evidence-based treatments. It falls short when addressing non-physical things that you can’t measure in any but a subjective way?

Math can be troublesome when it’s used to address the intangible.

Yet, there are plenty of anecdotes from many sources. Unseen entities, whether they’re classified as ghosts, spirits, demons, angels, or what have you, exist. They can affect sleep whether you are trying to sleep in a home with a resident ghost, whether the entity is trying to influence or communicate with you in some way. Or whether it’s communication in a dream.

It’s best to address this as scientifically as possible while realizing the spirit can’t be discussed entirely with science. How do you measure the level of effectiveness that someone is meditation with? Or praying? One person’s units aren’t the same as another’s. That doesn’t make either science or the spirit irrelevant.

Scales that measure the intangible

One commonly used scale used to measure intangibles (or at least a phenomenon that often presents intangibly) is the numeric pain scale. It’s regarded as “the fifth vital sign.” It’s what a nurse or tech uses when they ask you to rate your pain on a scale of one to 10. Studies have shown that people use pain scales consistently.

For example, say a person says their pain is a nine out of 10. They take medication and feel a little better. They quantify it as saying they rate their pain as an eight out of 10.

This is probably something to keep in mind when you’re talking about trying to quantify anything intangible.

When a believer in religion gets into a debate with an atheist or agnostic, the discussion often starts along a predictable path.

He does. Here’s why I think so.

There is no physical proof of that. God is a human construct.

After a certain point, it deviates. Exactly how it departs depends on the points the individuals find most convincing or think the other will find persuasive.

Online or in-person, however, the discussion starts off sounding the same. The individual words may change. The sentiment doesn’t.

Another possible path of rebuttal wends through personal experience.

Agnostic or atheistic assertions can take several different routes too. Like, “If there is a god, why is the world so messed up?” The agnostic or atheist can use ridicule, ad hominem attacks, or tell a story about what happened to them one time.

The point is there are millions of believers. There are millions of atheist-agnostics. There are many variations this eternal debate can take, with a number, perhaps, that reaches in the tens of thousands. The better-prepared members of the different side practice meeting particular objections. Cataloging all of them is beyond the scope of a blog post.

Demons and angels and the supernatural

The dreams which reveal the supernatural are promises and messages that God sends us directly: they are nothing but His angels, His ministering spirits, who usually appear to us when we are in a great predicament. – Paracelsus (1493-1541).

Belief in a god is fundamental when it comes to the supernatural. When you take it out one step further, faith in Hell and Heaven or belief in angels and demons strains credulity just a little more. It’s not debated as much.

If one were to try to make the case demons and angels existed, they’d be likely to cite anecdotes, especially anecdotes about demonic possession.

Yet scrupulously paying attention to dreams can make globally-minded people aware of entities such as these and spirits too. Throughout human history, demons and angels have played a role in the background. Whether or not we’re convinced one way or another, a complete worldview requires us to come to terms with their influence.

Belief in demons and angels requires more faith than belief in God. The case for the existence of God has the proof of his creation, us. Demons and angels are created beings, like us. Their presence is sensed by some or deduced philosophically from the evidence at hand.

It’s not as easy to come up with proof that meets as high of a standard.

Physical proof of the existence of demons and angels

If string theory is correct, other dimensions besides the three we can see have to exist. If there are different dimensions we can’t see, it’s reasonable to infer other beings we can’t see exist as well. Recognizing that there are other planes of existence means that spirits, ghosts, demons, and angels are not farfetched.

Sure there is footage available on the Internet about what are purported to be angels. There’s other footage available of what’s implied to be demons. There are eyewitness accounts from credible people who have died, too. None of that should convince anyone one way or another. Footage can be fabricated. People can and do lie. Some posit that near-death afterlife experiences are illusions that are the product of a lack of oxygen to the brain.

None of the evidence is a slam dunk. Possessions with bodily levitations, none of that, none of it is incontrovertible proof either.

Yet, just because there are other planes of existence doesn’t directly mean there are beings who reside uniquely on them.

What would be indisputable evidence? Meeting one physically and then having them give a demonstration of their powers in a way that allows for testing. That’s not going to happen. Their nature does not take on physical form.

We can believe in the existence of Abraham Lincoln easily, for example. We have his portrait, an early photograph, and examples of speeches he wrote. More than that, there are statues, and his face is on the penny.

When it comes to demons or angels, it’s more of a matter of faith. You choose to believe or don’t. Available evidence either meets your standard, or it doesn’t.

Indirect proof of demons and angels

While the existence of angels and demons may not be the only possible explanation, it can make the most sense a lot of time when you’re trying to describe what happened. It’s the simplest explanation and, therefore, should be preferred according to the metric called Occam’s Razor.

While not direct proof, the existence of demons and angels is a sort of solution to a problem at hand.

When summoning an exorcist for a case of possession, the possibility the sufferer is mentally ill is addressed first. It’s the most likely explanation. That, presumably, is the most common explanation.

Cartoons from the early days of animation would often depict a little angel playing a harp on one shoulder and a devil with a pitchfork on the other. That might be a useful image. They may not be literally on your shoulder, but many throughout the ages have reported that they provide counsel (for good or bad) using phrases and feelings.

As for the demonic, while few of us have ever experienced anything like the 1973 movie The Exorcist in day-to-day life, we may have had experiences that meet a lower bar.

A much more common phenomenon is demonic oppression. Generally, the demonic operates within a range going from temptation, to oppression, to full-on possession. You or others you know can be targeted, and often the only way you realize that you’ve been targeted is you become aware of the phenomena, and you stop and ask, “what were the chances of that happening?”

When it comes to the angelic, there are stories of angels rescuing people or providing counsel. Angels provide counsel, love, and physical help. The demonic is focused on enslaving people through their vices; the angelic is promotes freedom through the yoke of responsibility to self and others. Ultimately, accepting that responsibility leads to freedom.

If there is one thing that journaling dreams prepares you for is to know which thoughts and ideas are from you and produced by you and that which is other than you. You know when you have ideas that are in response to your concerns. Those ideas and thoughts are produced by your consciousness.

You also know when you have thoughts and ideas that are produced by your fears. For example, by realizing you yearn to conform and fit in, you know when you seek to reduce your uniqueness when you want to avoid standing out.

Sometimes you might sense the thoughts that might not come from you. If you look at the list of the seven deadly sins, some of them are more natural to you than others. For example, a given person might be more inclined to lust than gluttony. For another person, it could be vice versa.

Consider the sin of wrath. A given thought involving wrath could have come from you if a given person made you mad for some reason. If the idea of behaving wrathfully comes upon you with no reason, it could be coming from another entity.

It’s a similar process of discernment that can go on when someone hears voices in their head or they have a psychic experience.

That’s how you catch a devil red-handed trying to ruin your life.

There’s a give-and-take between you and your environment. There’s an action and reaction. When they screw up and ignore this cause and effect, demons and angels tip their hand. Your thoughts aren’t always your own.

It’s not a happy thought. It should be downright scary. Demons who tempt you know your weaknesses. They’re easy to figure out if you’re supernaturally intelligent and can observe unseen. Angels who protect you know your strengths.

Four Ways To Put The Scientific Method In Your Life

Sleeping in a haunted house 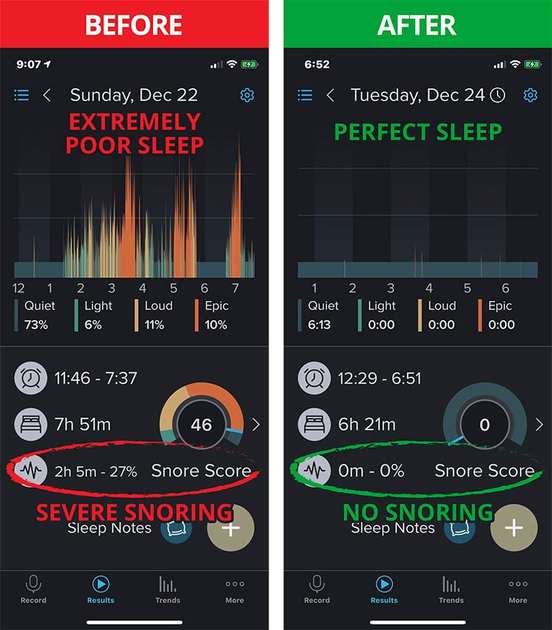 Banner ads on the Dream Recovery System contain affiliate links. This means that if you click the link and make a purchase, we receive a portion of the purchase. Our opinions remain our own.