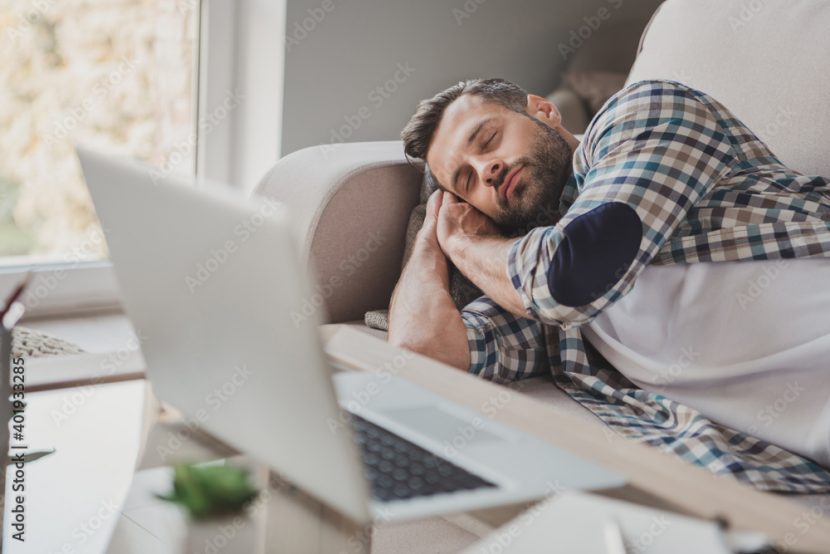 They’re natural, whether you call them naps, siestas, or something else. Work structure, social class, the environment, and other considerations dictate whether you get to take them.

More freedom for more people is better than less.

The pandemic triggered massive changes in work habits, at least among some social classes and some job categories.

For most of 2020, when many people were confined at home for the pandemic, working there made taking an afternoon nap possible.

Ultimately it’s not so much a change; it’s a change back.

Before the end of the 18th century, humans had more freedom to meet their biological needs when people worked on small farms and shops.

The ability to sleep according to personal impulse was a given. Your ancestor might have gone to bed at sunset. He or she woke up in the middle of the night when the dark hours were too long. Then it was back to sleep, up at sunrise.

Naps happened at midday, especially when the weather was too hot. Such was the rhythm of the day.

Other competing needs develop when you start organizing people collectively into groups and working throughout the day. Napping becomes less possible, if not impossible.

While there are many considerations between whether one wants to work from home or an office among other people, the ability to take a nap is undoubtedly one of them. As it stood back in April 2021, 83 percent of CEOs wanted employees back at the office; only 10 percent wanted to return. With a number like that, employees with some pull will be able to stay away; most won’t.

You’re probably going to head back to the office if you’re not already back there. There goes your chance to lay down in the middle of the day.

Such is napping. Fixed among this has been the human body and its needs, and sleep is only one of many competing needs.

Weather is a significant driver of a napping habit in society and culture. Before air conditioning, afternoon napping was more common. The nap, known as the siesta in southern Europe and often in the southwest United States, actually looked like it would disappear after air conditioning.

Mornings in hot summer places are the best part of the day from a weather perspective. There isn’t so much direct solar radiation. It’s not always the heat that’s so uncomfortable; it’s how the sun blasts the meat off your bones. Getting up early enables you to exercise and work outside in the fresh air.

Such an early wake-up guarantees a result of either going to bed early or taking a nap.

For people who work in an organized setting, the demand will be on them to go to bed early, which cuts into free time in the evening.

Those who don’t, they’re more likely to turn to naps. A nap helps to free the evening for visiting and socializing with family and friends. Not every member of a family has to work in an organized setting.

And that’s going to cause some conflict or difficulty. We’ve been working predominantly in factory-like settings that discourage napping since 1840; the date is roughly considered the end of the Industrial Revolution. Nobody alive today is acquainted with how life was that far back. Stories of daily life are nothing but anecdotes. Napping today comes with something of a stigma. If society changes back, it will be because practical considerations force it.

Escape for an afternoon nap

This subject is more in the domain of workplace etiquette and practicality. There’s very little science involved here because study after study shows a performance improvement with short naps. It’s almost a no-brainer, and it’s expected. Why it doesn’t become more common is that nobody will force you to take a nap, and whether you do will depend on a confluence of factors.

The research shows a performance benefit from a nap lasting 15 to 30 minutes. If you sleep too long, you’re going to affect your ability to sleep at night. If the night is your main sleeping time, that’s a problem.

If your break is only a half-hour, you’re going to be out of luck when it comes to napping.

Sleep too long, and you adopt more of a biphasic or polyphasic sleep schedule.

You want to sleep long enough to get refreshed yet not affect your main sleep. For most people, that main sleep takes place at night.

You hear the numbers from 15 to 30 minutes tossed about.

For others, that will recharge them.

There are many other considerations for napping, especially if you have to work in an organized setting.

A chiropractor friend who worked from home shut his office down for two hours in the afternoon. His nap would vary, but the additional time would allow him to run errands in the middle of the day if he needed to.

His office would be open to serve his patients who could only come in after their work. In that way, naps helped him in more ways than one.

For now, a primary consideration against it is how the way the environment is set up. It just doesn’t allow for it. There’s no place to nap, and there’s also a stigma against it from coworkers and bosses. The schedule doesn’t allow it.

The Beastie Boys used to sing, “(You Gotta) Fight For Your Right (to Party!).” Perhaps if they released that song these days, it would center around the right to nap. They two aren’t entirely unrelated. Napping allows you to stay up later at night.

Some companies have special rooms to allow for napping.

If you feel like you’d benefit from being able to nap at work, bring it up casually to your co-workers, and they might have the same impulse.

Make your case logically and rationally.

Then go about getting your right and your place to nap.

If you’re tired, you will get to work with a clear head. You’re less inclined to doze off when driving. You avoid headaches, and you’re sharper. These are significant benefits.

Whether you get to go into active REM sleep depends on the length of the nap.

That doesn’t matter. If you’re tired, you’ll feel sharper if you nap.

Some people may feel that the benefits don’t outweigh the disadvantages.

In an organizational setting, the midday nap might keep them longer at work than they’d otherwise be.

After all, there are only so many hours in the day.

Take a walk or a nap?

Are you ready to return to the office?

Banner ads on the DRS contain affiliate links. This means that we receive a commission from the sale if you click the link and make a purchase. Our opinions remain our own.