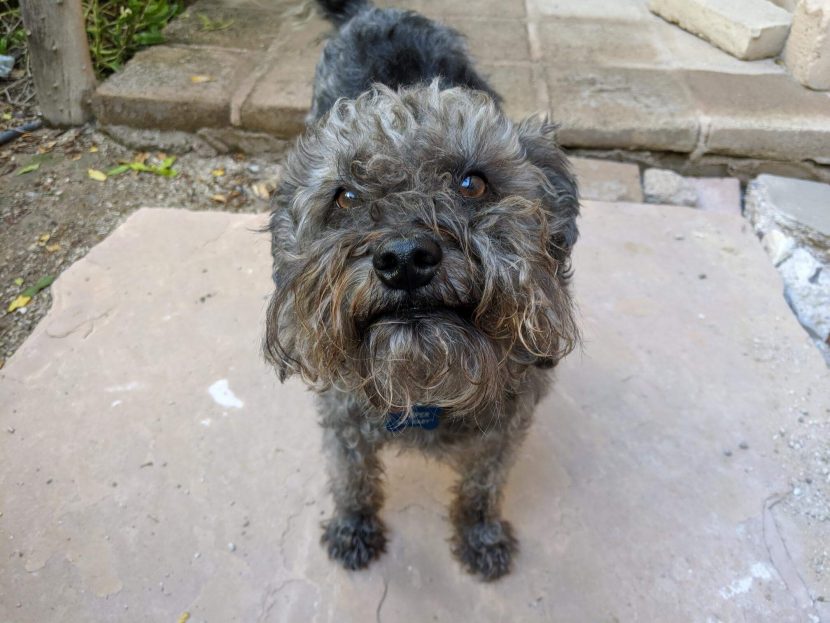 Humans and dogs have been living, working, playing, and sleeping beside each other for thousands of years.

Our two species have grown up beside each other. We’re best friends. Despite many changes over time, we’ve moved out of caves and huts together and into today’s prefab housing and apartments.

It can also depend on your bed. Is it large enough to accommodate everyone who wants to sleep on it?

Main question: will either of you ruin the other’s sleep?

Some dogs don’t sleep well with people. Some get too excited, take up too much of the bed, or have no sense of boundaries. People too!

The better question is which humans should sleep with which dogs?

Some people, too, thrash around in their sleep.

Some dogs feel like they have to protect you during the night, and they don’t do a good job of telling what’s a threat and what isn’t. They can’t help it, and it’s just how they are. While you’ve identified that the noises coming from next door are harmless, your dog isn’t so sure.

Realize that there might be some dynamic that’s keeping either of you from sleeping fully.

On the other hand…

Maybe sharing a bed would be a good thing. The dog at the top of this article was a great napper. He’d sleep through the night from puppyhood. He’d “nose” you goodnight as a kiss and curl up in a ball at the foot of the bed. He was a good judge of what was dangerous and what wasn’t. If he was standing at the foot of the bed barking like a maniac, you had better believe it was for a good reason.

He was adept at knowing the voices of the family and the neighbors. He knew who belonged in the area and who didn’t. If something wasn’t quite right, he’d let everyone know.

Can you train a dog to be a good sleeper?

Not all dogs are naturals. When they are, it’s a combination of the dog having good training, spending time with people, and the character and temperament of the dog itself.

When compared to many other dogs, J-dog was self-aware. He didn’t start that way. He grew to be like that. Dogs mature and grow over the course of their life, changing for better and for worse just like humans.

When the senior member of his pack died, “The Professor” was suddenly thrust into a leadership position over a younger dog with neurological problems. For a time, this seemed to trouble him. That was probably because he no longer felt free to act like a silly puppy.

His new role was crystalized one snowy winter day in Texas when his mistress put a sweater on him. You could see the change in his self-image in his eyes. If he was going to wear clothes like a human, he figured that he had better approach his trade as a family dog with gravitas.

He had to do his best to secure the homestead. He had to attend to the mental health of the house members and be there through the tough days of high school for the affected family members.

Of course, Jasper was okay to sleep with. He was a dog with a purpose and mission.

On the other hand, this dog to the right isn’t necessarily good to sleep with. He gets overtired, and he doesn’t ever really want to sleep, and he’d rather play or be mentally stimulated.

At bedtime, he can get in a bad mood. The way he expresses his bad mood is by growling. He’s not a good dog for a first-time owner, though he has character. We love him, too. Augie the doggie is a good dog for one of his owners to sleep with but not the other two. One of his humans is good at communicating with him that he needs to knock his nonsense out.

Louie, the white dog in the picture to the left, is usually mellow. Anyone in the family can sleep with him most of the time. Sometimes, however, not so much. He’ll hear strange sounds in the night and stand at the foot of the bed and bark. If it’s a party in the neighborhood or a storm, he’ll stay up. Things like that get to him.

People try to justify all kinds of things. They worry about whether the dog will be good for their allergies, whether having the dog sleep with them will cause any bad habits or other things.

Whether a particular human or humans and dog or dogs can sleep together depends on them. It can work out, but it takes two or more parties, like any relationship or partnership.

VCA Animal Hospitals: Should my dog sleep in my bed?

Tired all the time? Have you checked your Vitamin D level?

Americans slept better in 1968 even with a war going on

Sleep hygiene should be equal to personal hygiene

The DRS uses affiliate links in banner ads. If you click on a link and make a purchase, the DRS receives a small amount of remuneration from the sale.

3 thoughts on “Should Your Dog Sleep With You In Bed?”