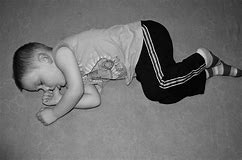 Here are some basic, interesting facts about sleep and dreams.

While there are differences in the way everyone dreams and in the content of those dreams, there are commonalities. The commonalities are good to keep in mind when discussing dream journaling

►12 percent of people dream only in black and white, so they say. Personally, I wonder how many of them often hear music when they sleep. I frequently do and I’ve never seen any research that says this is common.

► When you delay sleep or go to bed early, you throw off an established biological cycle known as the Circadian rhythm. It’s a 24-hour cycle that’s seen in both people, animals, and even fungi! When it comes to sleep, consistency is key. As a long-time night shift worker, my routine for combating this is being consistent in routine.

► The sleep cycle occurs in five stages repeating about every 90 minutes. Many people wake up several times during the night. They could be popping up after they regress to the first two stages of sleep.

► What are the sleep stages? In Stage One, your breathing rate slows. At this stage, you’re sleeping lightly.

► After a couple minutes, you enter Stage Two. You relax even more. Your body temperature drops and your breathing becomes more regular over the next 20 minutes.

► Stages Three and Four are deep and restorative. When people talk in their sleep and sleepwalk, they’re in one of these stages. Taken together, they can last about 30 minutes.

► Stage Five is where REM (rapid eye movement) occurs. REM is exactly what it says it is: your eyes move rapidly. You’re also busy dreaming. Before entering it, the sleeper passes back and forth through Stages Three and Two several times before waking up.

► People spend about 25 percent of their time asleep in REM. An adult spends about 600 hours dreaming each year. While dreaming, the sleeper has an accelerated heart rate and irregular breathing. Their eyes dart back and forth.

► Humans need to dream to keep their sanity. This makes sleep equal in importance to diet and exercise for health.

► There’s a natural catch-up mechanism for missing REM sleep. If our sleep in interrupted, when we can, we’ll progress through the other stages to Stage Five more rapidly. This is known as “REM Rebound.” When people start treatment for a condition that interferes with their ability to sleep, sleep technologists will very-often note this phenomenon.

► Why exactly we dream remains a mystery. Some psychologists believe dreams are a way for humans to discharge repressed thoughts and desires. Others posit that dreams are a way to arrange and compress our memories. Others describe them as meaningless bursts of brain activity. When you keep a dream journal for any length of time, you’re going to have your own theory as to why. My pet theory the brain is active while your body is resting. It does its thing as a way of entertaining itself.

More about this later.

Feng Shui has no effect on sleep quality.

Do a study of one.