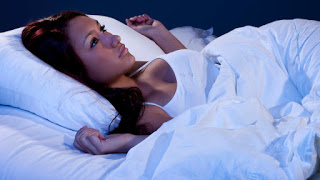 Look, everyone, now and then, has difficulty falling asleep. It’s the way life is. It’s aggravating.

Consider the situation stoically: it’s your turn to have trouble tonight.

There could be a lot of reasons you’re having trouble right now. Did you drink too much coffee or have one of those energy drinks too close to bedtime? You didn’t know that coffee Popsicle had caffeine? Maybe next time pay attention to whether something has caffeine.

Caffeine doesn’t usually affect you? Sometimes things combine differently. A lot of food we eat is an amalgamation of different components.

Stress! That’s a big one. You can’t forget about stress (though you might wish you could!). Worrying isn’t going to fix your worries. Not a chance.

DO something, don’t just think something. Don’t know what to do? Well, I don’t either. Tomorrow we can find somebody who does.

One thing I do know is thinking about the same thing over and over again isn’t going to do anything.

Are you in pain? Did you throw out your back? Hurt your knees? Maybe take an anti-inflammatory like acetaminophen or ibuprofen. That can help. Even if it doesn’t take the pain away entirely maybe it will make it more bearable.

Is there some noise keeping you awake? Try some earplugs. I believe in keeping a pair of those on hand all of the time. They’re essential sleep tools. Having good sleep tools is a sleep skill.

If you don’t have earplugs, maybe you have earphones for your smartphone.

Can you put on YouTube, Spotify or Pandora? Put on some relaxing music or maybe brainwave entrainment tracks.

They say divorced, widowed and separated people report this problem more than others. Did you know that? Funny thing is married people who fight a lot also would have trouble sleeping. Maybe they’re on their way to getting a divorce? The survey doesn’t say.

Either way, there’s a positive byproduct of a sweet, beautiful relationship that’s not to be underrated — sleep!

Tomorrow, try being nicer to others or something. That’s not the problem? Well, stay away from jerks then!

I knew another woman who went to a doctor once because she was having trouble getting to sleep at night. The doctor recommended regular exercise, a consistent sleep schedule, and a relaxing routine before bed. He said to try that first before you resort to any kind of chemical. You can also try 25-50 mg of diphenhydramine and/ or some melatonin. Both of those are available in many different stores.

There are a lot of different sleep tech products available too.

Keeping a dream journal can help.

Yes, a dream journal. It’s not just for teenage girls. The Dream Recovery System is a method of dream journaling for people who want to be creative professionally, though a teenage girl could use it too. It’s as serious as can be.

Having a hobby like that makes one interested in sleeping, adds a little anticipation. You start thinking, I wonder what I’m going to dream tonight? It makes going to sleep interesting so you’re able to overcome other things that pull at your attention and compete for your attention. It also makes someone aware of what it takes for them to have a good night’s sleep.

All these are, are some general ideas for you as to how you could overcome your problems sleeping.

It could be something else too. If you saw a doctor, he or she would end up checking you for a variety of conditions. He or she would probably send you to a sleep lab where they’d watch you sleep at night, all night.

If this bit of insomnia goes on too long, you might want to get up and do some boring chore: fold laundry; clean out your refrigerator; wash dishes; sweep. You get the gist. Do something like that. Good luck getting some sleep, friend. Work on your sleep skills. It’ll make your life better. Don’t mind me. I’m going to turn in. There’s nothing cool about staying up all night on a night like tonight, a few days from New Year’s Eve. I’ve gotta save my energy for then. I’ll take a quick nap on the afternoon of December 31. I’ll be ready to go. It’s a sleep skill. Peace.