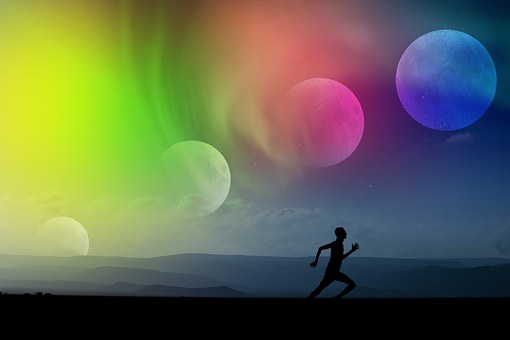 The mind and brain are separate yet together while on Earth. What this means is that they are two different things and the mind resides within the brain.

There are three distinct phases to the mind’s being: instinctive; intellectual and intuitive.

• Instinctive: this phase consists of cravings, desires, and emotions like fear and jealousy. It also includes habits, both good and bad.

• Intellectual: this phase includes the act of getting knowledge from others and their environment. It also includes the discoveries one makes for themselves.

• Intuitive: This is an inspiration, a flash of brilliance. It’s not just information, though the flash could be information or a sudden awareness or discovery. The ancient Greeks would call it “inspiration from the Muses.”

It’s understandable to think instincts are under the control of the brain. Ultimately, however, they’re under the control of the mind. For example, when the body’s blood sugar level gets low, the person craves something sweet. They’ll say, “I had to eat the piece of candy.” They had a craving because they felt themselves getting wobbly in the knees. The unsteadiness prompted them to eat the candy, but they weren’t forced to.

Your mind is you, your boss

The mind has control over how these instincts are expressed even as far as deciding not to have anything to eat. The mind reigns supreme. Every action has to be rectified against this.

Think of the swami walking on hot coals. Instinct would tell him to pull his foot away. If the brain was in absolute control, self-preservation would have him do so. Yet his mind is in control. He walks right across.

The intellectual phase processes information. The intuitive phase processes inspiration. Inspiration is a type of information. What’s the difference? Think of the difference between a hit song and a dance mix. The song has the essential element of the song. The dance mix is the song but is extended to last longer to allow people more time to groove on the dance floor. The dance mix doesn’t occur to the songwriter. It’s created to meet a need. People want to dance for a long time and they don’t want the song to change.

Consider, too, a scientist compiling survey information for a study. She puts it onto a spreadsheet and inputs the formulas. Then she considers the results, comparing it to concepts she knows about statistics like margin of error.

All of a sudden, insight!

Similarly, a writer will turn a certain phrase. Sometimes it will be buried in a lot of text. When he or she edits extraneous text to communicate a point eloquently, that’s inspiration.

When a point occurs to the writer all of a sudden, that’s intuition, that’s an inspiration. Psychologist Mihaly Csikszentmihalyi famously calls it “flow.”

So, for the mind, there are these phases: instinctual, intellectual and intuitive. Each of them is good in its own way and each has its purpose. Instincts will keep you alive. The intellectual phase will help you learn and pass every single multiple choice test from here to eternity. The intuitive phases display your brilliance.

It’s important to note that none of these phases are infallible. Your mind makes mistakes. This realization is missing from a lot of rapturous motivational and self-improvement literature. For example, instincts can lead you to a “fight or flight” response when it’s the wrong decision.

Inspiration can lead you to the wrong conclusion too. For example, say the scientist in the example above forgets to apply what she knows about the margin of error in statistics. She considers her survey data without considering that and has an erroneous inspiration.

Part 1: The Brain and The Mind Aren’t The Same Thing

Part 3: Call It the Semi-United States of the Mind

Banner ads on the Dream Recovery System contain affiliate links. What this means is that if you click on the ad and make a purchase, the DRS receives a small amount of money from the sale. Nevertheless, our opinions remain our own.