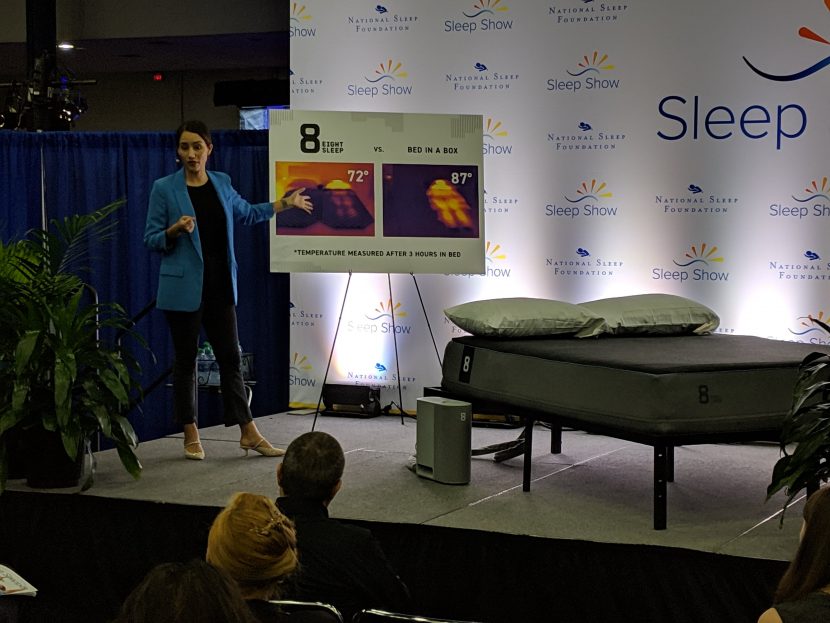 New and established companies from around the United States and the world, are attending along with thousands of people. The convention features seminars on various aspects of sleep, the sleep industry as well as the latest in sleep tech.

The industry segment is huge — worth an estimated $28.6 billion in 2017. It is also among the fastest growing of the consumer segments.

We will be running appraisals of the technologies featured there over the coming weeks. Planned features include product showcases from companies including:

Winter spoke of the need for caution when it comes to defining insomnia. Sometimes the root of the problem is the person isn’t perceiving their own sleep. They’re sleeping, yet they don’t realize they’re sleeping.

“They hear of the terrible things that happen if you can’t sleep,” Winter said of some media and sensationalism. Understandably, this leads to a lot of anxiety.

Sometimes sleeplessness actually becomes a part of the person’s self-identity.

Winter recounted a case where a patient slept for six hours and 43 minutes in a sleep lab. They had monitors attached to her and she was filmed while she was sleeping. The evidence she had slept was irrefutable.

Yet she insisted she hadn’t slept at all during the night.

When Winter presented her with the data from her sleep test, she said she didn’t believe it. She never followed up.

Helene Emsellem, M.D., chairperson of the National Sleep Foundation, spoke on creativity and its relationship to sleep. She compared the glymphatic system to the way the body gets rid of lactic acid buildup after a workout.

“Sleep is the price we pay for plasticity,” she said of neuroplasticity.

Neuroplasticity is the ability of connections within the brain to strengthen and weaken, adjusting to conditions throughout a person’s life. It’s the adaptive ability of the brain.

After we wake up from a good sleep, “We’ve got a primed pump,” she said.

Emsellem also noted how people sometimes don’t even realize they’re sleep deprived after a while. They get used to getting little sleep and they get “dumbed down.”

“It’s a scary state of being,” she added.

Houston will be the permanent site of the Sleep Show, Turner said, welcoming attendees.