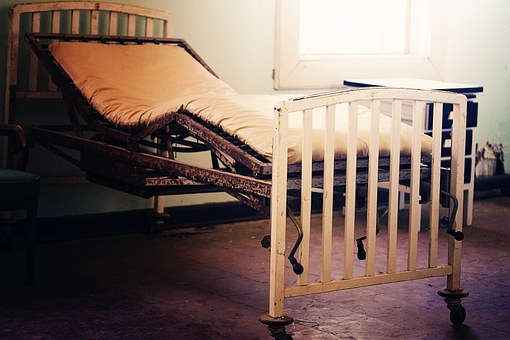 It can be hard to date the origin of any term.

The idea behind it wasn’t new. The term was. Over the years, usage spread into areas tangential to healthcare. That a provider in Western medicine should have proof what they’re doing is effective should be obvious to a modern, Western mind. The scientific method is ingrained into our DNA. Insisting on proof avoids ineffective therapy.

Factors like sample size, the margin of error, and population characteristics get considered today. We realize all studies aren’t equal.

You’ll find the term used in psychology, counseling, teaching, nursing, and social work. Sometimes people refer to these disciplines as “squishy” because they make use of “soft science.” Soft sciences, so they say, are full of buzzwords and flavor-of-the-minute concepts. Psychology, sociology, anthropology, and the like are soft and not as one of the hard sciences like physics or chemistry.

Whatever squishiness they have comes from their human focus. Humans bring a lot of variables influenced by intangibles like culture and emotion.

The early 2000s were full of innovation along these lines. Trends coincided with the increase and spread of computing power. Statistical analysis of baseball players and other athletes took hold. Businesses started applying this kind of analysis to their data. Developments and products spawned by queueing theory appeared in airlines, restaurants, hotels, and the department of motor vehicles.

If an airline has ever rewarded you for accepting a later flight due to overbooking, thank queueing theory.

Rather than being less complex, humans, with their varying personalities, agendas, and cultures, complicate soft sciences.

Between the march of history and changeable humans, evidence-based practice could be a trend like anything else.

Here are four reasons why this may be so:

In certain circles, when you say psychic, an image of a conwoman like Miss. Cleo comes to mind. Profiteering psychics aren’t the whole story when it comes to psychic abilities. In fact, when a hospital stay can run someone $100,000 or more who, really, is the profiteer, especially when neither the psychic nor hospital guarantees their work with a money-back guarantee.

For the next few columns, we’re going to take a look at the legacy of Edgar Cayce, a psychic dubbed “the sleeping prophet.”

Born in 1877 in Kentucky, Edgar Cayce was a psychic who gave medical consultations while laying on a recliner. Tapping into what he called universal intelligence, Cayce spoke on a wide variety of topics such as science, reincarnation, wars, and the lost civilization of Atlantis. He also cured thousands of people nearby and from afar while speaking in a trance. Those cures are documented well.

Interestingly, every time he tried to make money off of his powers, he failed, although plenty of others did.

Some have called him the “Father of Holistic Medicine.” Most practitioners don’t purport themselves to have the same abilities, so calling him the founder is a stretch. Cayce said his abilities could be developed by anyone willing to “pay the price” in time and effort.

We’re going to examine Edgar Cayce’s impact in the next post and try to understand the takeaways.

He left a mountain of documentation. Some good sources of information on him are an A&E Documentary, a book: “Story of Edgar Cayce: There Is A River by Thomas Sugrue; and the Association for Research and Enlightenment, a foundation he started to study his abilities (www.edgarcayce.org).

Some sources on the Internet are worthless in telling you about the man, his abilities, and predictions. For example, he never specified particular years. If you see a link for “Edgar Cayce’s Predictions for 2021,” it’s worthless.

His kind of ability will never be satisfactorily proven to meet standards of evidence-based practice.

The challenge for those who try to remain objective while acknowledging the subjective is to remember a cure is a cure. The result is what matters.

The legacy of Edgar Cayce, perhaps, can give us a window to the future of healthcare, especially in a time of ever-increasing costs.