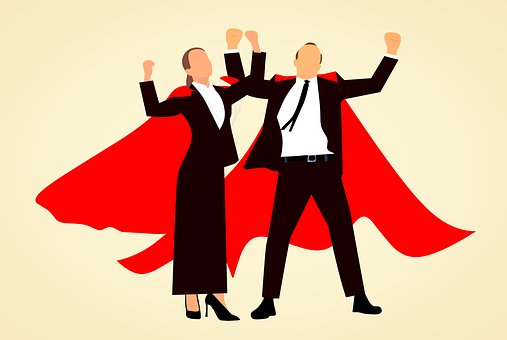 Most of us don’t have heroes anymore.

That can make it hard to sleep.

Like a sweet memory you gradually forget, heroes disappeared little by little sometime between 1973 and 1981. It’s hard to say when exactly.

That’s not to say there’s nobody worth looking up to anymore.

Every once in a while we have the example of somebody who does something amazing and admirable.

I, personally, want to be like Chesley Sullenberger who landed U.S. Airways Flight 1549 on the Hudson River. I don’t fly Airbus A320s. I don’t fly anything, in fact. I still want to be cool-headed in emergencies.

Still, we’re not able to look up to others the way we once did.

Is the problem with them — or us?

Unfortunately, even Jesus, as he’s both God and man. By 1988, we had a major motion picture positing Jesus was less of a hero, more of a regular man. Heroes were definitely pushed to the wayside by then if a major movie like that could get made.

By now, in 2019, the notion of a hero, like chivalry, is positively quaint.

Take the old stories about heroes.

In 1973 on the Brady Bunch, the character Bobby told his friends that he knew Joe Namath. In the story, the boy faked an illness to get the famous quarterback, his hero, to visit him.

In the old days, people weren’t perfect. Nobody was perfect ever. The media would help athletes, politicians, and others keep up the appearance of being better than they were, however. It was considered the right thing to do. None of us, after all, are perfect.

Around the time Bobby on the Brady Bunch was lionizing Broadway Joe, the Washington Post and the Watergate scandal was bringing the president down. That was a turning point for politicians at least.

That’s not to say Woodward and Bernstein weren’t right in doing what they did. Fixing an election is a serious matter. The public should know.

It should have never happened. Richard Nixon’s behavior was a far cry from the standard George Washington held himself to when he settled for two terms. “I don’t want to be a king,” he said.

It was a far fall from the standard Abraham Lincoln set when he worked to hold the Union together. Or Chester Arthur when he railed against the purchase of government jobs.

Or many other presidents who came before him.

And now we tear down those and other historical figures.

Journalists were the heroes for a while during the 70s. My journalism professors used to speak fondly of those days when many of them were in the middle of their newsroom careers.

Something had happened over time. The press had, after all, looked the other way when John F. Kennedy had his extramarital affairs.

Bill Clinton, on the other hand, couldn’t catch a break.

By 1981 Gene Simmons of Kiss was mournfully singing about A World Without Heroes.

A world without heroes

You can’t look up to anyone…

Simmons compares the lack to a race that doesn’t end.

Where you don’t know what you’re after

Or if something’s after you

Sure, Gene Simmons and other rock stars, in general, don’t have wholesome reputations. In the 70s and 80s, Kiss was beloved by a generation of young boys. It probably weighed on his mind. And that’s exactly what keeps our mind whirring long past bedtime.

Simmons’ own son doesn’t hold him as a hero.

The mantle of being a hero is too great for most modern people. Maybe we know too much. A certain naivete has disappeared.

When I was growing up in the 1970s my Boy Scout Handbook encouraged me to identify with great men. Some great men it cited were Walter Reed, Abraham Lincoln, Robert E. Lee, Samuel Gompers, Henry Ford, and Walter Reuther. Every one of those men had their flaws, of course. Do we really think people have to be perfect today? Were they better than we are at looking away at the imperfections?

Either way, once we realize what we’re lacking, we can do something about.

You can stop holding your heroes to such high standards. You can accept that nobody is perfect and you can choose to imitate the best in some pretty good people.

If you give others a break — and that includes our ancestors — you’re more likely to give yourself a break.

Forgive yourself and others for not living up to standards.

A hero is a model, an example for you to follow when life gets crazy. When you feel buffeted by forces beyond your control, you can imagine yourself as a skillful pilot bringing your situation in for a landing.

You can imagine yourself as a skillful trucker guiding the rig between the pylons.

The ship’s captain with a steady hand at the helm.

You’re not going to let your vehicle crash or drown. You’ve got this.

Except that sometimes you will. Something will go wrong in yourself or with your equipment.

If you don’t feel like you can look up to anyone, in particular, look to an archetype.

What do you think? Do you still have heroes? Do you think others do? What are the positives and negatives of this?