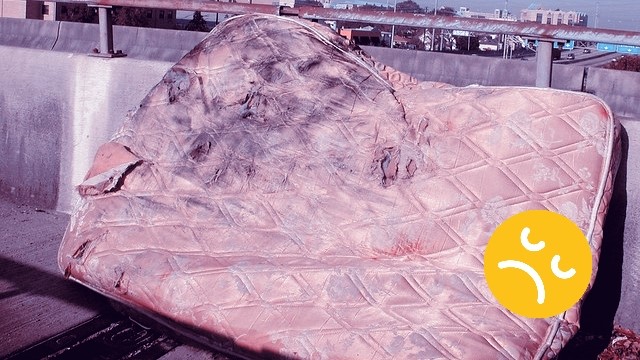 Many places and people are willing to sell you a new bed.

And that’s an understatement. There are probably more than a few places and individuals in your town, many in your city, and many online. Add in affiliate marketers and there are tens of thousands of businesses and individuals willing to sell you a new bed.

You ask yourself: “Do I need a new bed? Is it the best use of my limited money?”

Sometimes the mattress in question has been a little abused by not being rotated when it needs it. Maybe you notice how it’s compressed in the middle when you look at it off to the side. That’s because you sleep in the same spot all of the time, and you know you do.

Other times you’re ready for a mattress that’s a little better than the one you have now. You’ve spotted a deal, and since you spend about one-third of your life in bed, you’re willing to upgrade.

That’s great! Jump on it. Save the bill of sale in your records. That way, you’ll know how long it’s been when you need to replace it the next time.

With everything else we have going on in life, who has time to think about their mattress when it doesn’t seem to be a problem?

Other times the choice isn’t so clear.

Sometimes the mattress looks okay on the surface, but you wake up with back pain.

Is it the mattress that’s causing it? Do a mini-investigation. When it comes to back pain, there are a lot of possible causes.

Some of them are obvious. For example, you’ve had a car accident, and it’s thrown your back out of alignment.

Some are less obvious causes. It can be your shoes (they’re worn out and didn’t wear evenly). It can be a lot of physical work in one day when you’re not used to it. It can be that you’ve put on too much weight recently. It can be a pulled muscle, to name a few ideas.

Maybe it’s your bedtime habits? If so, a new mattress isn’t going to help.

If the mattress is old, if it has a depression in the middle, if you know you tend to sleep in the same spot, if you don’t do mattress maintenance.

Try to determine how old your current mattress is

Can you determine its age? Do you have the bill of sale or some other record? Is there a tag on it somewhere?

Mattresses have a natural lifespan. When you reach about 90 percent of that or sooner, it’s a good idea to start looking for a new one.

Sometimes you’ve only reached half of its expected lifespan, and it can be wearing out. It depends.

Some lifestyles can contribute to the mattress wearing out faster than expected. For example, if you share a bed with someone and one person sleeps in it during the night and another during the day because they’re a night shift worker. This happens because they can sleep in the same spot.

It can also wear out faster than expected because you haven’t followed care instructions or there’s a depression in the floor.

Maybe, too, if the bed got heavy use, such as if someone had a long period of convalescence.

Think of what the mattress has been through over the years.

Another thing you could try is making a radical change in your bedroom. You could move the position of your bed in the room. It won’t make a difference from a feng shui perspective, but it might help with how the sun hits the room. You could also try putting the mattress on the floor.

Whether a new mattress would be softer or harder shouldn’t make much difference to how you sleep. It’s cheaper and easier to look at your habits and how they affect your sleep. Without thinking it through, you could end up with an expensive purchase that doesn’t give you the results you’ve hoped for.

If it does turn out you need a new one, it will make a big difference in your sleep, rewarding your health like no other purchase.