Everyone, no matter how young or old they are, has dreams.

They also have other people in their life, people who might not understand their dreams the way they do.

Sometimes these other people can give you a hard time about your dreams. They can make fun of you or worse.

Not wanting to deal with his blowback is enough to keep you from keeping a dream journal.

Yet, if you don’t write your dreams down, you’ll forget them. They won’t be there for you to reflect on and understand.

It’s a Catch-22 but it doesn’t have to be. For situations like this, it’s best to make it a little difficult for them to understand what you’ve written.

You might want to memorize a secret code to make this process easier.

Why bother to do this when computers are everywhere?

Unlike so much other writing, sometimes we have drawings we have to make from our dreams. There’s no good way of doing this from a computer quickly. It’s much easier to use a written journal.

The other reason is that a written journal is less of an intermediary than a computer.

It’s better if you can use paper, but the computer is better than nothing.

This is the age-old conflict when it comes to matters of security and followthrough.

You can have a different password for every site you visit with a combination of upper- and lowercase letters, numbers, and symbols. You can have a pattern to password creation or not, but if you have to resort to writing them down and keeping them by your computer, you’ve just made your information less secure.

If you can’t write it quickly; if you can’t understand it later; the code fails.

While codes can be broken (there’s even a field of study for it called cryptography) the key is to make it somewhat difficult.

When the weather is nice, you’re going to see all kinds of people running on the trails near my house.

When the weather is too hot, too cold, when the wind is blowing too strongly and when it’s too early in the morning, you’re going to see far fewer people. That’s because people don’t like to be inconvenienced or hassled.

If they somehow stumble across your dream journal and they see how it’s written in a script that they can’t immediately read, they’re likely to pass it by and not worry about it.

There are hundreds of these. With a quick internet search, you can learn one of these and stymie any would-be busybodies.

The key is to really learn it so you can recall it when you’re waking up and before you’ve forgotten your dreams.

Creating a secret code is pretty easy. I created the code above when I was around 12 years old. I had read a book on secret codes for kids. It had passages on number codes, box codes, and others. One problem with all of them is that they could all be solved by simple substitution. The most common letter is “e.” The most common three-letter word is “the.” From there, you can guess a lot of the other letters and solve the riddle that the code presents.

The code I designed defeats a lot of that.

First, it looks like a script in a foreign language.

Second, a letter that repeats in a word is designated by “‘x.”

Third, the most common letter “e” is crossed in a variety of different ways and can be made lowercase in a lot of directions.

Fourth, if you do try to figure it out by using substitution and not considering the shape of the letter, your efforts to solve it aren’t going to work. 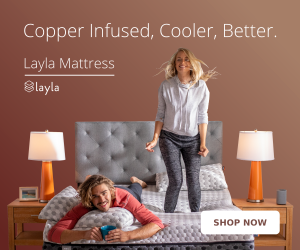 The code in the picture above says, “I was in the middle of a forest picking my nose and eating my boogers.”

I’ve never had a dream like this, but it’s conceivable that if someone did, he or she might be hesitant to write it down.

It might stump someone for a few minutes. Per the weather principle of exercise, that could be enough to convince them that they should do something else besides reading your dream journal.

Of course, if you do decide to write your dreams in code, you should modify your own code according to these principles.

Practice with it. If you’re going to use code to write your dream journal, get to the level where you can both write and read it easily. Find a balance between security and convenience that you think is right for you.

Not every dream is sensitive. You may only want to write the dreams you might find that way in your secret code.

If you keep your dream journal in a private, secure place and you combine it with a code, you should be fine. Your dreams should be safe from the prying eyes of those who might use the information against you.

Further reading in the series:

Part 1: What you know and don’t know.