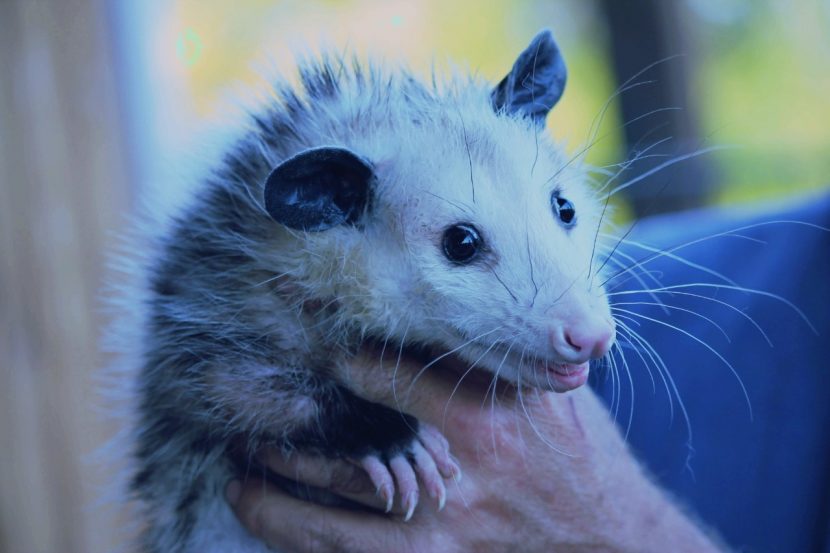 Blue Opossum (a pseudonym) is a K-12 educator from Australia. He has an incredibly detailed recall of his dreams and a heightened awareness of the different stages of sleep. He’s got a real gift.

Born in 1960, his dream journal, for practical purposes, starts in 1963 with sporadic recollections of the dreams he had as a young child.

Blue Opossum is apparently six years older than me. I can remember just a few of the dreams I had as a child; he remembers far more. Emotionally, find his ability to recall dreams intimidating. I tell myself I shouldn’t. Blue Opossum is a natural; I had to work at it and experiment with ways to improve my recall. I found value in doing so.

A bit of backstory: I went through a period where I didn’t remember anything from when I slept. I actually doubted I had dreams. Books assured me I did.

From my reading of his journal, I gather that he probably has less of a predisposition to please others than I do. In many ways, that’s a personal flaw of mine because that predisposition can compromise personal integrity. It was a lesson I had to learn as I grew older. As it is now, if I please someone with what I say or do, fine. If I don’t, I consider that maybe they don’t know enough to be pleased.

Going over both of our journals, we both had periods of concern about different things. I matched our dream journals over the same period of time from mid-March to the end of March. He was able to recall twice as many dreams as I was and with far more details.

In fact, in that period, I only had one elaborate dream.

Further, my dreams were influenced by my sleeping in multiple locations in multiple towns and cities due to my job’s nature. At the end of my shifts as an emergency nurse, I often plop into bed exhausted.

From what I know about the typical K-12 educator, that’s not usually how they live. Maybe the exhaustion part, but not changing up where they sleep, and their whole schedule too.

I feel impelled to state I’m absolutely not judging him. Rather, I’m trying to understand myself better by understanding differences in our dreams. The only way to do that is through dream journals.

Blue Opossum states he’s an agnostic. I’m definitely a theist. This was reflected in one of my dreams in mid-March, where I grabbed something that broke. The object (whatever it was; my subconscious was careful to show it as a generic object) started smoking. I dunked it in holy water as a baptism. It died like I was dunking it in hot grease. The object then had a rebirth and started working again.

My subconscious was intonating that when we’re separated from God, it’s as if we’re broken and not functioning.

I found it interesting that it wasn’t a specified object; rather it was generic.

I had more days with no dreams

For several days I tried to guide my dreams before sleep to get questions answered. Sometimes, I remembered nothing after sleeping. Other times I had ideas, like once in the period when I had the idea for a bed rotation calendar to let you know when it was time to rotate a mattress.

Blue Opossum explicitly dreams with lucid intent. I never do. I want to affect the material world from my sleep and dreams. I’m letting the dream happen naturally. Whatever I dream of, fine.

B.O. typically has more detailed dreams than I do

In that period, every dream of B.O.’s had more detail. In fact, I only had one dream that could match Blue Opossum in detail.

In other periods of my life, however, I had weeks of detailed dreams. In this current period, however, my dreams, with only a couple of notable exceptions, can be described with four or five sentences.

Understanding symbolism is the whole reason why I started keeping a dream journal regularly.

Instead, Blue Opossum seems to be fascinated by the mechanical workings of the dream process. That would be understandable because of his heightened ability to recall his dreams. Many of his dreams use water as a symbol to note changes in the dream state. If I was fascinated by the mechanical workings of my dreams, there’d be nothing to engage me.

For me, when I wake up, I gradually come into awareness. I use PACTREPS to get a handle on what I’ve been dreaming about to help me formulate it into words.

In the Dream Recovery System available for free at the link above, PACTREPS stands for:

C = Colors — Were there any colors that stood out?

Blue Opossum writes about his experiences with sleep paralysis. It’s a phenomenon that happens to some people. It’s more common in some cultures than in others. While I’ve read about it, I’ve never directly experienced it.

Color plays a huge role in his dreams

In this batch anyway, he’s careful to note vivid colors. This rarely happens to me. For me, it’s music. I had one all music dream this phase when I dreamed of the song “Wish You Were Here” by Pink Floyd, though at the time, I thought Led Zepplin had recorded it.

Another time the song “Pilgrim (You Can’t Go Home)” by the Dave Rawlings Machine provided the soundtrack for my dream.

Water symbolizes sleep for him

In other dreams out of the period of comparison, changing water levels denote the phases of sleep.

It has something of a sleep connotation to me, though not directly. It often symbolizes relaxing or a need to relax.

I dream about animals too, but not to that extent. There was a period a few years ago when I had a lot of animal references in my dreams.

I have far more dreams about people and wordplay

The feminine of “aviator” should be “aviatrix” or “aviatress.” Though we usually say “pilot.”

My dream was taking these words and switching them around to see what they sounded like. So “actrex” and “countrex” “waitrex” and “dominatress.”

Intention and inclination set the basis of so much of what we experience in our life. For example, when I take a lot of those standardized tests, I usually score in the top percentile in things like vocabulary and language. A lot of the explanation for this could be merely because that’s how my brain works. I’m playing with words in my sleep. What we find fun is a big part of what we end up doing. It’s simple: if you like to do it, you’re more likely to do it in your head.

I had never really thought about this until I compared my dream journal with someone else.

As far as the music, I don’t play any instruments anymore. I had a habit of picking them up, getting to a mid-level proficiency on them, and then putting them down, never to practice them again. I was not too fond of the idea of playing in front of people. I also didn’t see a future in it after realizing an awesome band like Angel wasn’t ever going to be huge. To my ears they’re every bit as good as any other heavy metal band you can name. They’re the very definition of “underrated.” They broke out when disco was huge and dominant. That’s a factor that was out of their control. Bad luck for their music career.

Like Blue Opossum, I bet artists and interior decorators dream a lot about color, where color is a focus. It’s interesting that he even has a color in his pseudonym. When it comes to visual arts, I approach the field timidly. When I love a painting or photo, it’s guaranteed a lot of other people will too. In that way, I have an “eye.”

Another thought to this comparison is the number of details B.O. recalls. It’s a flood. That takes a lot of time. His aversion to this could be merely the amount of time that one would have to spend analyzing. I’ve had incredibly detailed dreams before and had to spend hours thinking about the symbols’ different permutations.

It’s much easier to analyze when there are only like five details.

At some point, everyone is going to say, “Enough!”

Ultimately, I think comparing dream journals is a way of understanding yourself and your purpose in life. To be surer about your conclusions, you’d need to know more about the person you’re comparing yourself to. However, the closer you were to them, the more likely it is that you’d only see a projection, the face they present to the world. Nobody can be fully open all of the time. To do so risks ego damage.

Part 7 Compare Yourself to Yourself – The Dream Recovery System