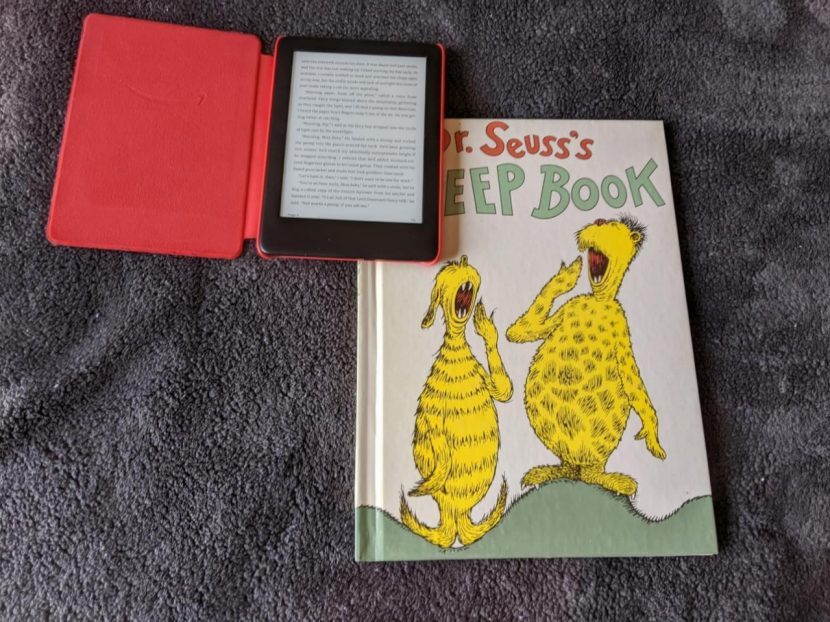 The Bedtime Stories We Tell Ourselves and Others: Part 2 of 4

Kids are always going through phases.

When I was around seven or eight back in the 70s, I went through a phase that lasted for weeks. I wanted to listen to fairy tales at bedtime. That particular phase was before superheroes and after both the Greek and Roman gods and the presidents of the United States.

My mom and I had gone to the library and gotten an exceptionally good collection of those stories from around the world. Every chapter had a new fairy tale from a different country or Native American or African tribe.

The illustrations were intriguing, really made you want to read or have the words in the stories read to you. I remember reading ahead in the book then rereading it the next night.

At that reading rate, it didn’t take too many nights to finish the whole book. So we then reread all our favorite stories.

Then came the due date: time for the book to go back to the library. An ex-librarian, my mom sure wasn’t the type to do anything resulting in overdue book fines. There are other people waiting for those books, don’t you know?

Ordering the book from a bookstore was out of the question. That was definitely out of the budget.

“How about some other books?”

I wasn’t really interested in hearing any other book. These stories were the perfect size to tell before you went to bed.

Our public library had other books with these kinds of stories, but they weren’t as good as the ones in that book. This was for a variety of reasons. The print was too small. The art wasn’t very good. Pictures are very important when you’re a kid! Something was less-than-ideal with each.

In short, we pretty much read the hell out of that book.

One day the day came where the fairy tale book had to go back to the library. I checked out some other ones, some other books about fairy tales, but the experience wasn’t the same. There’s a huge difference between a fairy tale book targeted at a kid of seven or eight and something that’s intended for someone older, like Joseph Campbell’s works on comparative mythology, which I remember we checked out, looked at for a minute, and didn’t read.

The book was called Stories From Around the World. I don’t recall that it had a particular author credited. All the stories were “traditional.” Later, when I read a collection of tales from Hans Christian Andersen, I recognized how one of his had been adapted for Denmark. Andersen was a real writer, not some anonymous “traditional.”  Maybe it was an anthology.

Our book had gone back to the library, so she had to draw on the store of fairy tales in her memory.

One night was Jack in the Beanstalk. The next it was “Goldilocks and the Three Bears.” Then it was “Little Red Riding Hood.” Then it was a few thousand-year-old stories from Aesop.

She told the same four on and on in a cycle. Due to the constraints of the public, branch library, and memory I suppose you could say we reached “maximum story.”

What mattered really wasn’t the repeating stories themselves, I think. They were fine. Rather, it was about hearing how everything was going to be okay. I was a boy growing up with a single parent in a neighborhood heavily concentrated with another culture. I felt a little alienated from my surroundings. Hearing the same fairy tales every day was a way of communicating that I was loved, that everything was going to be okay, that good triumphed over evil in the end, that if you worked hard and persisted, you’d come out okay in the end.

Over the years when I’ve listened to many others talk about their childhood. Everyone faces different challenges. Stories are vital in that they seem to be one of the tools that enable people to overcome all kinds of challenges.

The story can be a lot of things: Motivating; Cautionary; a How-to. In some way, though, they’re affirming.

The story provides a framework on which to hang ideas.

The best bedtime stories are affirming, not agitating

With the expanded definition, a bedtime story can be something that you watch on TV before you go to bed. Some cartoon, the news, or the latest video from a YouTube vlogger qualifies as a bedtime story.

They don’t necessarily leave you in the proper mindset for a good night’s sleep.

As any soldier can tell you, when you go to bed, you’re vulnerable. You’re not awake, you’re not moving, you can be killed easily. You hear that in training and during field tactical exercises.

When you relax, your reflexes aren’t optimized.

In some situations, it’s not safe.

Yet, intellectually, you know you can’t be switched on for 24 hours a day. That’s not the way it works. Your body needs to do some basic maintenance when you’re asleep.

As Shakespeare said in Hamlet, Ay, that’s the rub.

Even if you’re serving in the military, you’re not going to sleep in a foxhole every night. Even if you are sleeping in a foxhole in the middle of hostilities, you need to be able to calm yourself down, to relax.

You need to do the same if you’re sleeping at home.

On one hand, you’re telling yourself that whatever your problem is, isn’t that important. Either you’re leaving it in God’s hands, or you’re letting your mind wander off and consider other things.

Yes, you can read about drought, famine, flooding, earthquakes. Some would never read books with topics like these to children. From my experience it’s not so much what you read, it’s how the story is told.

There was a series of books for children that were published in the 90s that focused on natural disasters. They focused on events like earthquakes, famine, and floods. I picked up the whole set when I spied them at one of those stores that stock new books publishers have too many of. They intrigued me but apparently didn’t intrigue too many other people when they were offered for sale at full price.

My son and I went through those at bedtime, right after the set that profiled dinosaurs.

Natural disasters make for grim reading at bedtime, but nobody’s sleep was affected.

The books approached the disaster from a problem-solving standpoint.  What caused the event? What can you do about it? What was the worst event of this type? Illustrations highlighted the words.

The idea wasn’t so much that things were hopeless and then you die. Rather, it’s what are the best things to do if disaster strikes.

The same thing isn’t for everyone, however. My daughter didn’t want to read the natural disaster picture books. She preferred stories of families crossing the prairie during the old days contending with starvation and attacks from the people who were already living there. Go figure.

Treat yourself like a little kid. You’re much the same.

Admit it. You might be doing it wrong at least sometimes.

If you’re getting yourself all stirred up before bedtime.

If you’re scanning your text messages looking for arguments.

If you’re on YouTube looking at videos about what messed up thing one group or another is doing.

If you’re composing an angry response on social media, you’re doing it all wrong if you’re trying to get to sleep.

That kind of behavior is best saved for several hours before bed if there’s a good reason for it in the first place. Get in the habit of helping your body wind down. Those are not affirming messages. It’s upsetting.

If you can remember that you’re basically like a child you’ll sleep better. You want security. You want affirmation that people love you. So tuck yourself in and count your blessings. It’s the first step toward a good night’s sleep.

Other Posts in the Series:

Should You Bore Yourself To Sleep?

Some of the links in this post are affiliate links. This means that if you click on the link and purchase the item, the DRS receives a small commission at no extra cost to you. All opinions remain my own.