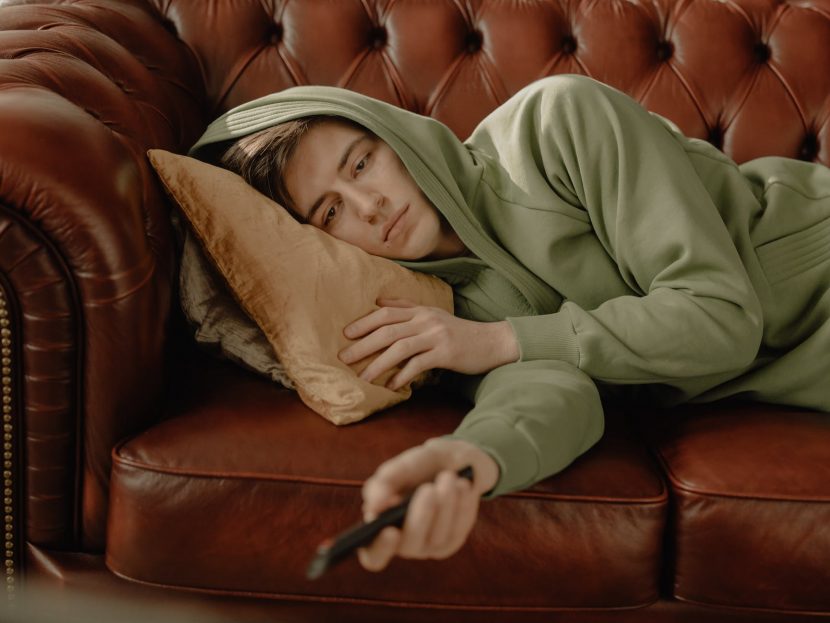 The Bedtime Stories We Tell Ourselves and Others: Part 3 of 4

Hearing about conflict has a way of making an impression on you.

It heightens your senses, makes you sit up and pay attention, gets you thinking about who’s right and who’s wrong.

It’s just the kind of thing you want to avoid before bedtime, right?

It deserves a closer look.

During college in the late 80s, I kept reading in my local newspaper about Palestinians and Israelis and how they were fighting. At the time, with the way the media covered it in the United States, it seemed like a lot of unconnected skirmishes, like there was no real sense to it.

Later, historians organized the skirmishes under the heading “the First Intifada,” a name seemingly agreed upon by both the Jewish and Arab sides. That would seem to be one of the few things the two sides have actually agreed upon since.

At the time the conflict was going on, little stories from the Associated Press would appear in newspapers across the country about how one group of people or another were getting killed. It all seemed senseless. Two people here were ignited in a car bomb. The next day, several more were slaughtered in an open-air market there. Then some missiles would explode too close to a housing development. The end result was more people would die.

Day after day it would go on.

One little story after another.

As Rodney King would famously say about a different conflict in California a few years later, “Why can’t we all just get along?” I suppose most of us ask ourselves that from time to time in many different situations.

At the time, it seemed like there had to be some sense to the fighting. I mean, really, there had to. People don’t really go around killing each other without a good reason, do they? It seemed like maybe there wasn’t room in the newspaper for any kind of real explanation. Those stories were short, no room to say much of anything. Even if you read one of the occasional features in a news magazine, however, they were short on the why.

News stories back then limited themselves to just the facts. Opinion columns took up only a small part of the newspaper. Journalism stories are written around the 5Ws and 2H’s. When it came to the skirmishes of the First Intifadah, they were really short on the why.

In May 1988, a Political Science class called the Arab/Israeli Conflict was offered at my college, the University of Arizona. It was a short course, three units in two intense weeks. I jumped at the chance to take it. Not only did I hope to get an explanation of what I was reading in the newspaper and seeing on TV day after day, but the three units would help me finish my degree on time.

The class was anything but boring. The U of A was and still is a fairly diverse campus with students coming from all over the United States and the rest of the world. It made sense that a lot of international students from Arab countries and Israel would seek out a class on this conflict. As the professor wended through the history of the region leading up to 1988, students on both sides disputed facts in a manner more akin to one of those shows where they catch cheating spouses than a college course. If books like The Coddling of the American Mind by Greg Lukianoff and Jonathan Haidt are to be believed, that later became more common in campuses elsewhere. At the time, it was unique in my experience.

In other classes, people were civil. Sometimes people became excited, but there’s a difference between the different types of excitement and what feelings underlie it and anger and hostility. Arab-Israeli Conflict class seemed to always be one step away from turning into a WWE table, ladder, and chair match involving younger and scrawnier men and women.

Being boring can be both a defense and an attack

The main tome for the class, the one that our assigned reading, was a direct contrast to the rowdy class sessions. It was the first edition of a thick book called The Arab Israeli Conflict: A Politico-Legal Analysis.

What made this book memorable wasn’t its analysis of the conflict. It was the mushy academic language it used to describe what should have been something interesting. The author, a J.R. Gainsborough, violated many precepts of good writing available in books like The Elements of Style.

Many of my classmates didn’t read the book. While they didn’t admit to avoiding it, I had a strong suspicion. They seemed to be there to take the course in order to have a platform to rant as the people do on message boards today when they post things that are one-sided, imbalanced, uncharitable, and fact-free.

I really tried to read Gainsborough’s book. I did. My eyes didn’t intake information so much as move over the words.

Here was the routine. We’d get assigned a reasonable-sounding chunk of this paperweight, say 100-200 pages with small print. Dutifully, I’d go home and try to read it, get maybe six pages in, and nod off. Every. Single. Time.

I’d wake up with a start and think, “I’ve got to get this read. Maybe my chair is too comfortable.”

My porch had a cement slab. I’d sometimes sit outside on this slab and read. It wasn’t as bad as it sounds. The sun was warm, the cement clean. Less comfort = more attention to what I was reading.

I’d nod off outside there, too. The changing position of the sun would wake me up.

So I thought maybe if I stood and read the thing aloud.

I did that for a while, mumbling then got tired of doing that.

Maybe I don’t need to literally stand up and mumble read this thing, I thought.

I sat down. In a few minutes, four pages short of the goal, I nodded off again.

I never had a problem staying awake. That was a time of my life before I started having sleep trouble when I started working nights. It was the presentation. J.R. Gainsborough was a boring author. You can’t find much about him on the Internet. His work is the opposite of effective communication.

Consider the possibility that the Arab-Israeli shouldn’t be so complicated for anyone outside it to understand, at least as far as getting the general gist. Write a list of the grievances of one side and a list of grievances from the other. Realize they’ve been going at it for years. A lot of people have a vested interest in keeping the fight going. The players today were born into it and they’ll probably be passing the hate on to their children.

I suspect that being boring, in Gainsborough’s case, was a type of defense. A way of staying alive. Being boring can be a form of attack too, like when you’re writing a contract you don’t want someone to read.

There are other places where there’s a heritage of hate too, like the Serbian-Bosnian conflict.

The chances getting a straight answer out of anyone and learning “the truth” is extremely slim. Even then, “the truth” isn’t going to be universally acknowledged. Remember, too, that lies can be carefully constructed to appear as the truth.

The best you can hope for in studying it is the why and how we mitigate the effects of years of hate.

The best bedtime stories are affirming.

Gainsborough wasn’t writing to illuminate. He was writing to have status as an expert in an in-demand field while maintaining some personal safety. The quickest way to end up on a list of people to kill is to say something about a heated topic clearly and distinctly.

If the intent was to illuminate, his publisher would have hired an editor to punch the manuscript up.

There’s more than one way to bore. Once-popular writers like William Bulwer-Lytton, inspiration for the Bulwer-Lytton Fiction Contest, are seen as boring today because they were writing for an audience that didn’t have access to as many images. Bulwer-Lytton is extremely verbose.

You’re not going to gain any benefit from boring yourself to sleep, other than sleep itself. It will be related in a way that you’ll make no connections to anything else in your brain. Making connections is how you learn. It doesn’t work that way.

Worse, you might give yourself credit for knowing the information on some subconscious level.

If you really enjoy listening to Bible stories told in a flat way that makes it difficult to pay attention, more power to you. It’s far better to hear them. Hearing and understanding anything is the only way to benefit.

If it’s noise you want, you might as well listen to ambient sounds.

Other possibilities for listening for sleep are old radio broadcasts, and sleeping sounds. There’s also brainwave entrainment and subliminal messaging.

Dozing off in class or when doing homework never was a good way to get the rest you needed.

So, no. Don’t bore yourself to sleep. There is absolutely no benefit to it other than the sleep itself. What’s worse is you’re going to think you managed to learn something subliminally. You’re not. That’s not how learning works.

Some of the links in this post are affiliate links. This means that if you click on the link and purchase the item, this blog receives a small commission at no extra cost to you. All opinions remain independent.