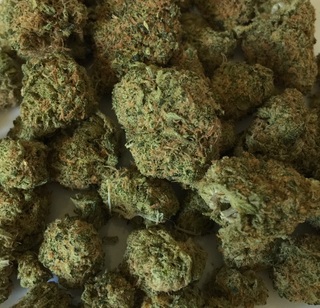 Cannabis today isn’t the same plant it was 50 years ago. It’s important to update our perceptions and forget about using it to aid sleep.

Jeff Spicoli, Sean Penn’s much-loved character in 1982’s Fast Times at Ridgemont High, is an example of the old stereotype of the typical marijuana user.

Richard “Cheech” Marin and Tommy Chong in the Cheech & Chong movies are other old marijuana-user stereotypes.

Simple needs and wants beyond a good buzz.

Friendly and clever, at least as far as using catchphrases.

Almost anyone who went to high school in the 70s and 80s would not have the idea “potheads” would be or could be mean and psychotic.

Today’s marijuana user isn’t the same as they were back then. The product they use is far more potent.

When Colorado started legalizing medical marijuana in 2000, progressing to recreational marijuana use in 2013, the market expanded.

The market became commercial rather than illicit. Today, marijuana is fully illegal in only four states. As with any free enterprise endeavor, entrepreneurs work to increase the quality of their products. For marijuana, one aspect of quality is THC content. Tetrahydrocannabinol is the main psychoactive component and one of at least 113 cannabinoids identified in the plant. The amount of THC in marijuana samples seized by the Drug Enforcement Agency more than tripled between 1995 and 2019.

So many things have changed since those movies were made that the very idea of what it means to be a regular marijuana user has evolved and grown more complex.

How could a guy like Spicoli have problems sleeping? He’s so mellow! So cheerful! So calm!

Cheech & Chong, too, seemed half-asleep all of the time with the way they drew out their lines.

When there’s money to be made, hucksterism comes out. So does PR; it’s part of salesmanship. You start seeing PR-style articles like 50 Successful Marijuana Users. According to the article, a celebrity on the list is counted as a user even though they may have tried it once.

That’s not a user, of course. That’s a sampler. And if they were real users, chances are they became successful on the old, “lower-quality” marijuana. Becoming psychotic is a career killer, no matter what field you’re in.

In Colorado, in 2004, about 4 percent of suicides had marijuana present in the body. In 2015, it was 14 percent. Weed lessens the ability to make decisions. It increases rates of fatal motor vehicle collisions. It damages users’ lungs and cardiovascular systems.

Marijuana affects the brain. It always has. The difference today is that it engenders more than just getting mellow. Frequent users often become more manic than the dreamy, slow-talking, slow-thinking potheads of yesterday.

More THC equals a greater chance of developing marijuana psychosis. Psychosis can either come on quickly or be long-term. It’s typified by a loss of contact with reality, jumbled speech, and strange behavior. Psychotic individuals have hallucinations and delusions.

Part of it is access, and part of it is because of increasingly potent marijuana strains.

It’s not entirely clear right now why REM sleep is important.; however, it doesn’t seem to be unimportant. The body goes to lengths to make sure it happens. During Stage 5, skeletal muscle shuts down. If it didn’t, we’d probably act out our dreams like people who take Zolpidem sometimes do. Is REM sleep needed to preserve memories? It’s the stage in which people dream. At this time, we’re not exactly sure why people and animals dream either.

So marijuana helps you fall asleep; it increases the amount of time spent in Stage 4, which means that while you sleep longer, you sleep less efficiently.

Then, when you withdraw from marijuana, you can develop insomnia and have strange dreams.

Marijuana wasn’t without its problems when it was illegal—sales funded organized crime and drug cartels. People rotted away in prison. It also diverted law enforcement from other priorities. If people are bound and determined to use it, they’re going to. Not everyone cares about the impact on their brain.

There are legitimate medical uses for marijuana. People who have PTSD can benefit from shortening their ability to dream as they consciously deal with their issues. It shouldn’t be long-term, however.

Marijuana can also help with nausea in chemotherapy and other patients. While there are other prescriptions one can take, it’s good to have another alternative.

There are other potential uses too.

If you don’t have one of those conditions and if care about your personal performance, you will not want to use marijuana. The cost-benefit payback isn’t there. There are plenty of other alternatives both long and short term. Warping your sleep cycles is not the way to be at the top of your game as far as brain function.

When reading around the Internet about cannabis, you’re going to encounter the words “research is still being done” or the “research is preliminary.” This is the same thing the tobacco industry said about tobacco for years regarding the link between smoking and lung cancer. When it comes to science, research isn’t ever done. It’s not a lie. Rather, the marijuana industry is hedging on the truth. Fifty years from now, it doesn’t take a genius to see that the outcome will be similar.

Another way the industry is going to muddy the truth is by blaming polypharmacy, the use of multiple drugs. The problem won’t be the marijuana, rather it’s the meth, the bath salts, the illegal substances.

The stereotype of the mellow pot user is going to die-hard.

The pressure to improve and innovate is going to be strong. That’s the way the free market works. We probably haven’t seen anything yet.

One has to use their own ability to reason to get at the truth: if THC is the active substance in a joint and you triple the THC what do you think is going to happen to the potency and the effects on your brain?

It’s also difficult to do research when the active ingredients are of different concentrations. When it comes to marijuana usage, we’re in the wild west. The game has completely changed. Proceed at your own risk.

Does CBD tea help you sleep?

Can remembering your dreams replace hallucinogen use?

There are affiliate links in the banner ads. What this means is if you click a link and make a purchase, we receive a portion of the sale price.

1 thought on “Marijuana Use For Sleep Has Real Drawbacks”