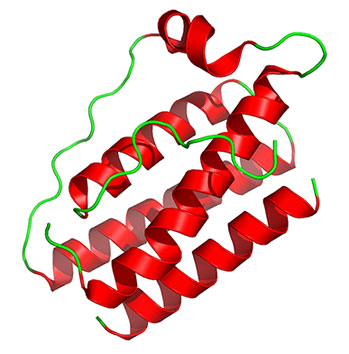 People frequently compare the human body to a machine. It’s not, but making a comparison like that is taking a mental shortcut. Writers searching for convenient analogies are guilty. However, we should forgive them because they’re just trying to explain how stuff works in easily understood ways.

Besides the fact humans are living and machines aren’t, machines operate with cause and effect. This causes that, and that is that. While cause and effect can work like that in the human body, there’s a lot of grey area too. The processes can have many steps.

Consider how blood coagulates. There’s a lot of steps, a cascade of them.

Consider, too, how the body makes insulin. A lot of steps to that as well. Scientists are still sorting a number of them out.

The more steps, the more complicated the process, and the less the cause and effect are apparent.

When something isn’t apparent, it doesn’t mean it doesn’t exist. It only means that it’s hard to see.

Take the example of the hormone leptin. Known as “the hormone of energy expenditure,” it makes people feel full. Scientists have shown how obese people have a decreased resistance to this hormone. They don’t feel full despite having plenty of energy stored and high levels of leptin in their blood.

This hormone was only identified in 1994 by Jeffrey M. Friedman, a molecular geneticist at Rockefeller University, and not too long ago, when considered in light of overall human history. 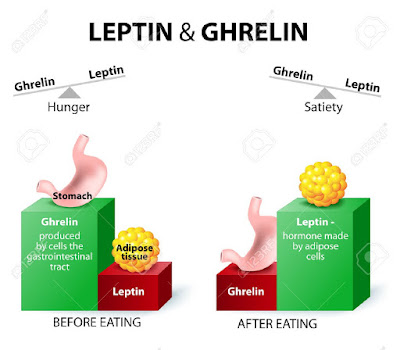 Leptin has a wide-ranging role in the body. Scientists aren’t exactly sure of the entire scope, though there are a lot of potential clues that there is far more to it than we know. One of the clues is how it’s made in different places in the body. It’s made in the brown adipose tissues, the skeletal muscle, bone marrow, and the stomach. In women, it’s also made in the ovaries and breast tissue.

When someone is sleep-deprived, the level of leptin decreases. Lower leptin levels mean you’re hungry. When you’re hungry, you tend to eat more.

Blood levels of leptin go higher at night. The hormone decreases the appetite.

When someone is emotionally stressed, leptin levels increase. They don’t want to eat.

Does this mean that we should allow ourselves to become stressed to lose weight?

No. These processes are complicated and multifaceted. The right amount of stress adds spice to life. Too much stress puts pressure on it and affects the body in a bad way.

As shown in the illustration, ghrelin, the hunger hormone, opposes leptin. You want these in balance. Neither is all-good or all-bad. Add in the idea that you can be resistant to the hormone and it gets really complicated. Getting enough sleep when you’re trying to watch your weight is all-important because it’s essential that you not have too little, nor too much, nor have a high resistance to its effects.

Homeostasis is a worthy goal

When you take the time to get enough sleep, it means you’re serious about putting your body in balance so that it functions like a well-oiled machine—though it’s clearly not a machine as we said above.

What you want is homeostasis. A balance. Not too much of one thing or too little of another. Homeostasis is beautiful. Getting enough sleep is one way of ensuring that those two hormones are in homeostasis.

How to lower leptin levels for weight loss

The DRS uses affiliate links. If you click on a link and make a purchase, we may receive a small commission.