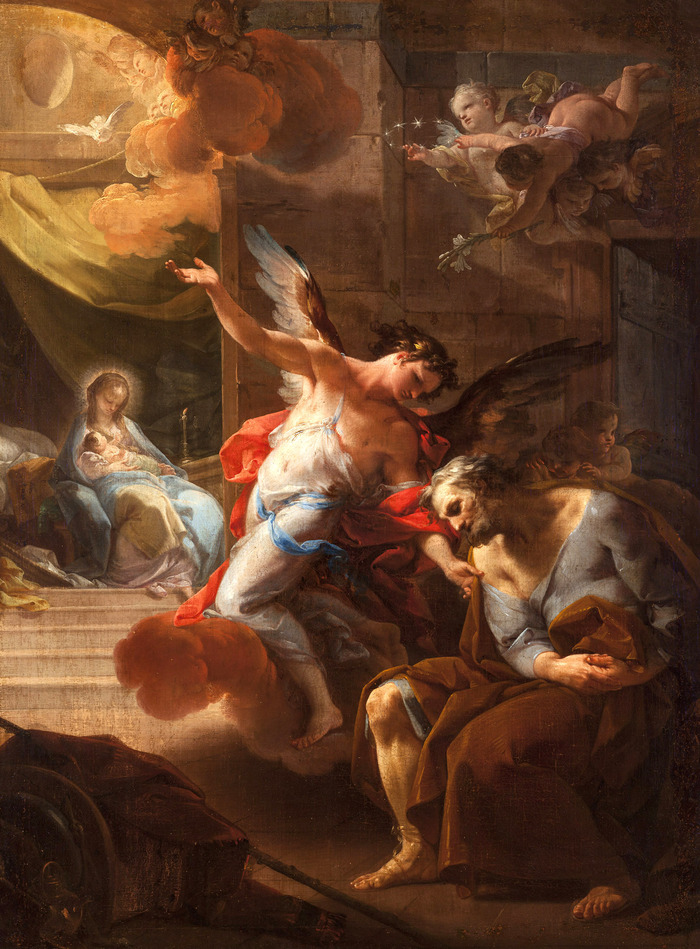 Christmas is over but the Nativity story doesn’t end. Today, western Christianity celebrates a time when the Jesus’s family was saved by his stepfather.

This incident came to be known as the Feast of the Holy Innocents. This incident as well as some other incidents in the life of Jesus’s stepfather, St. Joseph, speak to the benefit of remembering your dreams.

It’s one of the many dreams in the Bible.

St. Joseph may have been a high dream recaller

Over the past few years there has been some discussion in scientific literature about differences between “high dream recallers” and “low dream recallers.”

High dream recallers showed a high level of activity in the prefrontal cortex and temporo-parietal junction.

Low dream recallers, not as much.

High dream recallers have more blood flow to certain parts of their brains.

It can be assumed most of these researchers don’t teach dream recovery techniques like the one featured in the Dream Recovery System. People who have trained with and actively try to use the system usually report high dream recall. Even if they didn’t remember very much of their dreams before, they start to develop the ability to remember them vividly.

Some researchers attribute dream recall to personal characteristics nobody has any control over.

One Australian linked improved dream recall with Vitamin B-6 supplementation.

You can bet that more studies are being done as time goes on.

For most people, however, high levels of dream recall seems to be a choice.

There are any number of reasons for the differences between the frequency and vividness with which people dream. Whatever the reason, it’s better to be in the high dream recaller group than in the low dream recaller group. Inventiveness and perceptiveness are two reasons, but remembering dreams also helps remember ideas, solve problems, and learn from your mistakes.

Getting adequate sleep means you’re more likely to remember your dreams, too. If you get far-too-little sleep then you’re not dreaming, you’re probably hallucinating!

If you’re passing out from sheer exhaustion, you’re too tired to dream. If you’re not doing so, follow the fundamentals of sleep to get the best sleep anywhere or anytime.

Anytime you get your basic needs met you’re off to a good start!

It’s also helpful to use the Dream Recovery System and to keep a dream journal.

By following the system you can greatly increase the number and the detail in the dreams you remember.

You develop the ability to bring up the details that makes your dreams vivid.

This insight goes back to antiquity.

In the Bible, St. Joseph got several life-changing messages from his dreams.

It happened over and over to him.

He may have been a natural high dream recaller.

This is speculation, of course.

At the very least we know he paid attention to them.

It can happen to you too even if you’re not, but you’ll never know if you don’t learn to remember as many your dreams as you can.

Now the birth of Jesus Christ took place in this way. When his mother Mary had been betrothed to Joseph, before they came together she was found to be with child from the Holy Spirit. Her husband Joseph, being a just man and unwilling to put her to shame, resolved to divorce her quietly. As he considered these things, behold, an angel of the Lord appeared to him in a dream, saying, “Joseph, son of David, do not fear to take Mary as your wife, for that which is conceived in her is from the Holy Spirit. She will bear a son, and you shall call his name Jesus, for he will save his people from their sins.” All this took place to fulfill what the Lord had spoken by the prophet:

“Behold, the virgin shall conceive and bear a son, and they shall call his name Immanuel.” When Joseph woke from sleep, he did as the angel of the Lord commanded him: he took his wife, but knew her not until she had given birth to a son. And she called his name Jesus. (Matthew 1: 18-25)

His wife was pregnant and there was no way the baby could be his. Joseph was going to get out of his marriage. He wasn’t going to make a big deal out of it. He was just going to go. He had a dream that hinted to him what was going on.

Lifelong Christians have heard some version of this story every Christmas. If so, you might need to stop and think how crazy that sounds. The “Holy Spirit” making babies? How often does that happen?

No matter how vivid or real the dream was, it’s entirely reasonable to assume many questions went through Joseph’s mind.

Just because a dream has an angel in it doesn’t mean that the message is from God.

Joseph felt he was justified in having faith.

It turns out, however, that he was right. Look who the baby in his wife’s womb turned out to be. Look what he was able to do.

We’re celebrating his stepson’s birth even to this day.

Joseph was able to remember his dream and make the right call.

Now when the wise men departed, behold, an angel of the Lord appeared to Joseph in a dream, saying, “Rise and take the child and his mother, and flee to Egypt, and remain there until I tell you. Herod is going to search for the child to destroy him.” (Matthew 2:13)

No other historian besides Matthew records this incident. However, this action was consistent with Herod’s character who may have had paranoid personality disorder.

Secular Roman-Jewish historian Josephus wrote that Herod died of, “ulcerated entrails, putrefied and maggot-filled organs, constant convulsions, foul breath and neither physicians nor warm baths led to recovery.” Whatever disease it was, it sounds rough. Days before he died, Herod had his oldest son Antipater killed for allegedly plotting against him.

Lots of killing was going on in those days, according to Josephus. Herod also killed two popular rabbis. This set off riots after Herod erected the Roman eagle standard over the temple gates.

In response, Archelaus, the younger son who ended up taking over for Herod when he died, ended up killing around 3,000 Jews.

This was a warning from an unnamed angel that helped St. Joseph’s family avoid what came to be known as the Massacre of the Holy Innocents.

Joseph’s ability to dream saved his stepson’s life and maybe his own.

“Go back to Israel.”

But when Herod was dead, behold, an angel of the Lord appeared in a dream to Joseph in Egypt, saying, “Arise and take the child and his mother, and go into the land of Israel; for those who sought the child’s life are dead.” (Matthew 2:20)

This last dream of St. Joseph mentioned in the Bible fulfilled a prophecy in the Old Testament. While that’s one point, our point here is that these dreams helped St. Joseph navigate through a very dangerous time.

Dream interpretation can help you solve 16 different types of problems. Personal and familial security are definitely one of those types.

It’s not unmanly to be scared, especially when it concerns your family. Many of the Roman emperors killed people with little apparent thought. The rulers who governed the provinces like Judea were cut from the same cloth. Dream recovery helped St. Joseph solve his problems. and it may help you, too, even if you’re not a natural high dream recaller, even if the memories of your dreams are anything but vivid naturally.