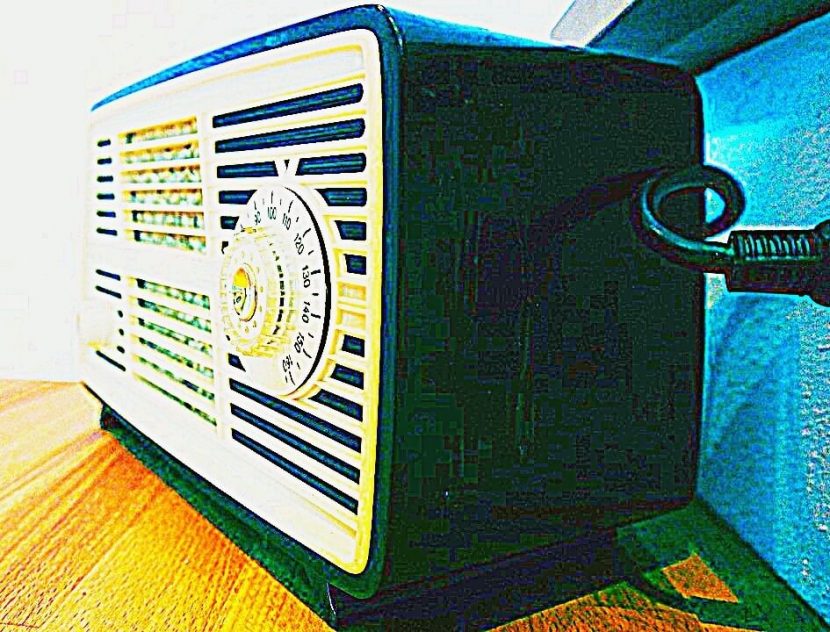 Fifty years ago, lots of people who slept alone fell asleep to the monophonic sound of AM radio. It was part of their bedtime routine.

Due to the characteristics of the broadcast frequency, AM radio stations carried news, information, and music from far-off cities at night, frequently reaching communities more than a thousand miles away.

You’d lay in your bed, listening to the fantastic world beyond connected in your imagination. Spurred by the transistor radio in your ear, pleasant thoughts of the night elsewhere would fuel your imagination.

Sometimes it was sports. In the spring and summer, it was baseball. In the fall and winter, basketball or football.

Sometimes it was cruising. People drove up and down the main drags of far off cities, calling into the clever DJs. There were no smartphones and no cellular networks, but there were pay phones scattered pretty well throughout the town. There were stories of shootings, flying saucers, and personal tragedies. Far-off car dealers could make you a deal in a fantastic sale. Maybe it would be threatening rain outside, but a clear night 900 miles away. There were all kinds of things going on a state out or more, even if you lived in Texas.

Fifty years ago, the age of the border blaster was drawing to a close, and with it went all the colorful characters that part of radio history provided. Over time, AM radio declined. Today, compared to what it was, it’s dead. It’s pretty much like the acoustic version of many peoples’ Google News Feed or Flipboard: full of extreme positions.

AM radio, as it was, was killed by technology and better alternatives. It’s hard to see a scenario where it would ever come back.

Fifty years ago, there were no white noise machines; there were no smartphones, there wasn’t this feeling of always being connected. There were these men and women with their funny twists of phrase excited about the news, the music, and the town. They were called disc jockeys. The best of them made a lot of money in large market radio stations or were syndicated nationally and internationally. Some even did voiceover work in Hollywood and cartoons and made still more money. Or they were famous for being famous appearing on game shows. They were more often local celebrities who’d appear when a local business opened up giving away bumper stickers with the station’s call sign on it. They’d talk about the “prize patrol.”

Over the years, this became less common. Disc jockeys were outsourced. Most disc jockeys got paid poorly. Radio station owners found there were plenty of people willing to hang out, listen to music and who loved to talk. Most of them didn’t have that indescribable “star power” that someone like Wolfman Jack, Arnie Ginsburg, or Casey Kasem did.

The typical radio station’s roster was full of disc jockeys, maybe six working about four-hours each Monday through Friday, with less-experienced disc jockeys working the weekend.

Then, as now, it’s not as desirable to work the weekend.

In some communities, they’ll have community radio where this pattern somewhat persists except that back in the day, the disc jockeys adhered to the station’s format. Community radio DJ’s play what they want. Old-time AM radio DJs were given a playlist and had to play whatever type of music the station featured. They had no freedom.

As the 80s turned into the 90s, radio became ever-more corporate. In many markets, small and large, radio station owners found it was cheaper only to have a live disc jockey when most people were listening. That meant the commute to work in the morning and then drive home in the evening. At many stations, the rest of the time was filled with syndicated content produced in other places.

The music became ever more repetitive. This didn’t matter to a lot of people; music aficionados are only a small minority of most populations. They kind of like it, though they won’t admit it. Actions, after all, speak louder than words. 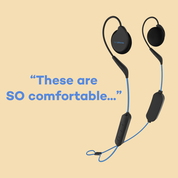 Why AM radio wasn’t a sleep distraction

AM radio wasn’t a sleep distraction. This is an opinion, not a fact. I’m not aware of any studies done on this.

It actually provided another kind of distraction from your day and problems, a good kind.

AM radio is monaural. When you’re listening with a pair of headphones that the same sound comes through both speakers, it’s not as rich and complex of a sound as the sound projected through more sophisticated listening equipment.

Sleep music was unheard of. You didn’t need it. It’s the ancestor of the sleep podcast. The old AM broadcasts on YouTube sound the same as they did 50 years ago. There’s not a lot of auditory complexity coming through them. AM radio could be a nightly sleep ritual 50 years ago and not affect your sleep.

You’d simply listen for awhile and settle down. The disc jockey until 11 p.m. would often be some kind of mellow voiced Venus Flytrap character (played by actor Tim Reid from the TV show “WKRP in Cincinnati”). If you’ve never experienced this kind of sound, then you may or may not be listening to an evening show and all of the attendant mellowness.

One man’s nighttime AM radio listening gear and routine.

Modern AM-style radio without the tinny, monaural sound: Sirius XM’s 60s on 6. Especially DJs Cousin Brucie (if you can catch a rebroadcast) or Phlash Phelps, and Pat St. John.