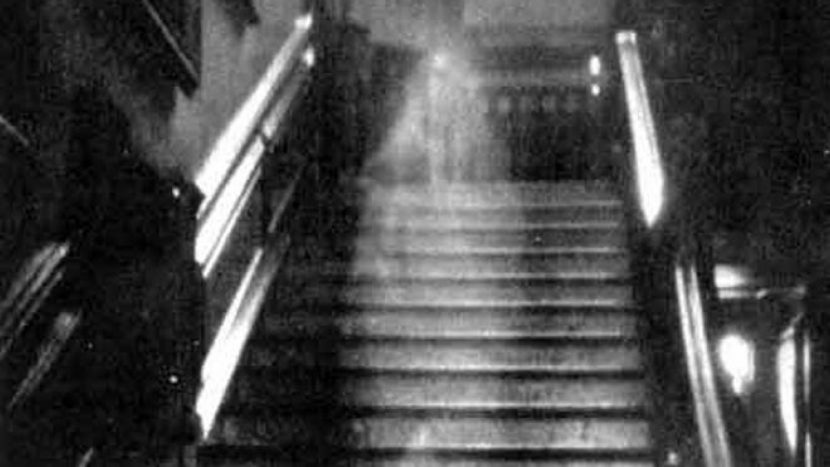 Psychics and others with psychic tendencies often display a lack of skepticism when dealing with discarnates.

If anything, one needs to be more on guard.

Skepticism merely for the sake of skepticism doesn’t lend an accurate outlook of the universe.

Having an accurate set of beliefs should be one of your main goals.

What happened the last time you suspected someone was lying to you?

Maybe you noticed an incongruency between the person’s body language and words?

Maybe it’s because what he or she told you didn’t match up with other things you know to be true.

You have no physical clues to tip you off when you’re considering a communication from a discarnate.

Sometimes lies aren’t caught because the stakes are low or nobody is paying attention.

It can take a skillful liar to match words and actions perfectly. Many would-be liars aren’t particularly skilled.

Never be overconfident when considering your ability to tell truth from fiction.

Consider that when considering communication from a discarnate, there are less informational inputs than there are with an entity that has a body. There are fewer chances to notice a discrepancy.

Dream journalers can have the experience of being fooled by lies during the day. At night, however, incongruencies between the lies and the truth can be exposed by their subconscious.

There is no guarantee of this happening, however.

No matter what fancy word you call it, a prevarication is a lie and a lie is a lie. It’s generally best to stay away from telling lies but you still need to think about it in order to avoid them.

How do you tell a believable lie?

The easiest way is only to deviate a little from the truth. When you do that, however, you often might have well just told the truth. Consistency is the key.

Many people of average or better intelligence are finely tuned to find out the truth. A lot can be at stake.

In American slang, this ability is known as having a “bullshit detector.” It’s not foolproof, however. As with lab testing, there can be false positives and false negatives. If the individual’s experience doesn’t match up with what’s being told they’re going to think they’re being lied to when they’re not.

Most of us want to hear pleasantries which can be, literally speaking, lies.

“So nice to see you!” they say when it’s not either nice or terrible to see you. Mostly, it’s neutral. The intent of the lie is to make you feel accepted or warmly received. It’s for them to be and feel like a positive person. If they say it, they’ll start to believe it, and it feels terrific to be optimistic and positive.

Few think very deeply about any of this. And that’s okay, usually. When somebody tells you something that only digresses from the truth by a little bit, it can be very hard to know.

With their hypotheses, testing, peer-review, and other features, the process, and language of science are designed to hold falsehoods at bay. It’s designed to help get at the real truth.

Beyond science, good journalists are aware of the way further facts can shine a light on stories. They’re careful to sprinkle their reportage with words like “allegedly” and “reportedly” and “witnesses say.”

Even the discipline of fiction writing with an audience that’s willing to suspend disbelief tries to make believable characters with the better practitioners writing stories that are logically and emotionally consistent.

This feature of language isn’t common in many domains beyond science and journalistic reportage (as compared to editorial opinion). For example, politicians don’t make speeches and say “allegedly.” They speak definitively. Artists do too.

Words like “allegedly” and “reportedly” are seldom used in websites and books describing spirit or angel communication. The mediums seem to take whatever is being said at face value.

If you have this kind of experience, don’t make the same mistake. 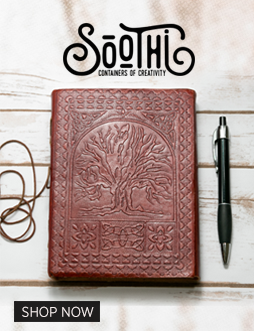 When it comes to communication, a message requires a sender, a receiver, and a message. Fundamentally, lies are messages.

The three components of any message are essential because a flaw in any one of those areas can affect communication. The ultimate problem can lie with the sender, the receiver, or the message itself.

There are many different reasons and motivations.

Openmindedness is key. The individual in question needs to try at least. If the receiver discounts the possibilities that there are spirits out of hand if they believe that the only thing they can see is what they can physically see, they’re not going ever to attribute anything to the other side.

Whether you’re talking spiritual communication, a TV show, or book, the communication can still change your environment. What you haven’t bothered to try to understand or comprehend can still affect you in ways you don’t realize.

Don’t say “ghost” or “angel.” Spirit might be okay but that can be confusing depending on the context. It’s best to use the term “discarnate entities.” Words like “ghost” or “angel” or whatever carry preconceptions. You can’t see them, and therefore you can’t ever identify them reliably. Lies exist. Communication barriers exist. Discarnate entity says precisely what it is. It’s energy without a physical body. You don’t know exactly what it is. It’s not necessarily what it says it is. Moreover, it’s not either positive or negative. It’s neutral.

If you’ve ever had the experience of pure love and understanding and you’ve been praying, you may have a good idea that a “good” discarnate entity is reaching out to you. To a certain extent, to the extent that you’re skeptical of your senses, you’re thinking in bets. What are the chances that the entity was the Virgin Mary, St. Michael, or Jesus? Could a devil muster the ability to appear in that way? History is full of people who appeared to be good and who were anything but. Why couldn’t it be one of those? To summarize the guidance from the Bible, you shall know them by the fruits of their actions. That can help you figure it out sometimes, but it still leaves room for interpretation in some instances.

Usually, communication from the discarnate realm isn’t so attention-getting. There’s no reason to think it would be. If it were more apparent, it would occupy our attention more. We are designed to have free will.

Consequently, we don’t spend our lives continually in prayer. We get angry. We get annoyed. We don’t immediately forgive. This is the state we live in. There’s plenty of reasons why we’d attract chaos and evil to us. These discarnate entities that aren’t so loving or positive are inclined to hang around and profit in some way from their association and be a form of “energy vampire.”

The more positive entities don’t have time for this. They don’t necessarily want to watch a proverbial train wreck. It’s painful to see someone ruin their life; there’s no reason to think it wouldn’t be painful for a positive discarnate entity either. You’ve got free will, and you’re using it to drive yourself off of a cliff. You’ve ignored all of the warning signs they’ve put up. They’re going to hang around the people who have got it going on. Sure these good folks might screw up occasionally. Nobody is perfect. You don’t have to be, and you never are going to be. The difference is, is that they’re aware of their shortcomings. They’re trying to mitigate them.

Ever helpful, the positive entities (who are all operating under their free will) do whatever they can to help them, even if it’s nothing more than cheering them on.

But it all comes back to the components of messaging if it’s the entity that doesn’t communicate well. Suppose it’s the recipient who doesn’t listen well. If it’s the message that’s somehow messed up, it’s not going to go through.

You can only control what you can control. Some people are deaf and blind. There’s no reason to think there wouldn’t be affected in this way when it comes to communication from discarnate entities.

In a particular case, however, what are the chances? How much more common are windbags who talk all the time than completely deaf people, for example? Being hearing impaired is more common than actual deafness. People who love the sound of their voice and talk with others as if they’re in a real competition are just as ordinary as the hearing impaired.

Does this hold for discarnate entities? Who knows? They’re non-physical. They can’t be surveyed.

A salesperson, who may or may not be poorly intentioned, shapes his message for his audience. He knows something about them. He might know, for example, that the young mother he’s presenting a van to might need the room of a van as opposed to a small car because her kids are going to grow. She’s looking to have a vehicle large enough to take her children (who are going to grow and probably join sports teams) to their various activities when she’ll own this particular vehicle.

He knows this by demographics, noticing things, and asking questions. It’s part of being a good salesperson.

The salesman is an intelligence contained in a physical body.

Imagine how much intelligence would know about you if you couldn’t see them, but they could hear you, even if they couldn’t read your exact thoughts?

This is creepy to think about. Such an entity would be worse than the major search engines and their neverending list of your searches and websites you’ve visited on the Internet and places you’ve been. Millions of people have had experiences with these discarnate entities. They know stuff about you. Evidence shows they can communicate with you even if you don’t recognize them the way a medium would.

They can put things in your mind; just slip it in there silently and unbidden.

Sure they can be caught. If you’re not stressed, completely calm, and you start to think about doing something ultimately self-destructive, you should wonder why you’re doing it. Is it you, or is it something evil-doing the equivalent of whispering in your ear? It’s worth considering.

This is how you catch thoughts that aren’t yours. It’s different than inspiration which is an idea that springs as an offshoot of other thoughts.

Plenty of people have been suckered by these things if you spend a little time on YouTube or the Internet. You always have to look at the fruits to tell whether they’re good or evil. Dealing with these kinds of things can be risky because you don’t have the physical tells that tip you off as to whether you’re being lied to.

When it comes to those who would commune with discarnate entities, however, there doesn’t seem to be an effort to put distance between what entities communicate and what’s credulously believed. People who otherwise might be tuned in and skeptical when someone incarnate tells them some nonsense take anything that’s said to them by a discarnate entity. That’s because we instinctively can see a physical mismatch between word and action. When it comes to the discarnate entity, all we have is the word. Many people can’t help but be a little awestruck, though I hope I’ve demonstrated how foolish that is.

When and How To Trust Your Intuition

On the Possible Influence of Ghosts, Demons and Angels On Sleep