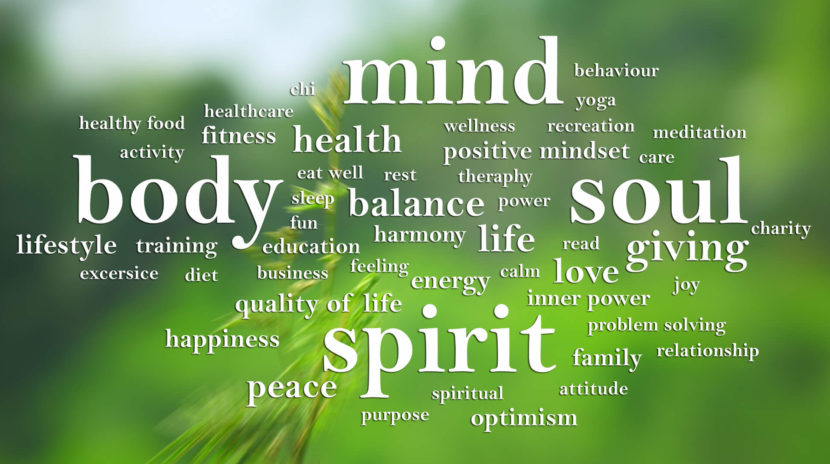 Sometimes there are spiritual meanings to dreams, though not all the time. The proposition that dreams can have spiritual meanings is generally accepted, and it’s been true in many cultures and recorded in the Bible, other spiritual books, and by anthropologists and archeologists.

Fiction parallels the truth. If it doesn’t, the stories don’t seem believable. One of the most popular Christmas fictional works, both as a film and novella, is Charles Dickens’s A Christmas Carol. With it, Dickens said he wanted to highlight the plight of the poor. The story is built around a spiritual dream. While the story is fiction, many people have had dreams that have had a profound spiritual effect on them, and the path the main character takes illustrates this.

In the story from Christmas 1843, Ebenezer Scrooge, a miser, gets visited by the ghost of his former partner, Jacob Marley, who has a warning. He says he focused on money while alive and not on people. Marley hopes to save Scrooge from the same fate. He tells him that three spirits will come to visit him over the next three nights, a kind of episodic dream.

The first visitor is the Ghost of Christmas Past. He shows Scrooge scenes from his life while growing up.

Next, he’s visited by the Ghost of Christmas Present. That ghost tells him his employee’s son Tiny Tim will die unless the future changes.

Finally, the Ghost of Christmas Future shows Scrooge a future in which Tiny Tim has died and is at his own funeral. Most people are glad he’s dead.

Though Marley told Scrooge that the dream will occur over three nights, it all happened in one night. Scrooge then busies himself, trying to make amends. He becomes a new man, even becoming a second father to Tiny Tim.

Dickens perfectly describes a spiritual transformation in the second-to-last paragraph of the story:

Scrooge was better than his word. He did it all, and infinitely more; and to Tiny Tim, who did not die, he was a second father. He became as good a friend, as good a master, and as good a man, as the good old city knew, or any other good old city, town, or borough, in the good old world. Some people laughed to see the alteration in him, but he let them laugh, and little heeded them; for he was wise enough to know that nothing ever happened on this globe, for good, at which some people did not have their fill of laughter in the outset; and knowing that such as these would be blind anyway, he thought it quite as well that they should wrinkle up their eyes in grins, as have the malady in less attractive forms. His own heart laughed: and that was quite enough for him.

This convincing spiritual transformation makes A Christmas Carol a classic. The reader or viewer is happy for Scrooge, and the character was sad and miserable before. Ultimately, he’s happy because he’s found a spiritual meaning to life, a mission. For Scrooge, it’s to help others, not to be so inwardly focused, but to look outside himself.

Are spiritual dreams common in fiction?

Yes. Just as in A Christmas Carol, the dreams that characters have are usually set apart by a dream sequence. This, too, can parallel real life as one can have spiritual dreams night after night on end. They can come in a sort of season of spiritual growth.

Dreams usually happen when sleeping. Sometimes they’re remembered; other times not. They’re a type of communication between the subconscious mind and the conscious. Recognizing and understanding your dreams is not the only way you can cause these two parts of your mind to communicate, but it’s often easier and more convenient. One can also access the subconscious by meditating, praying, and reflecting.

Psychologist Carl Jung referred to the communication process between the conscious and subconscious mind as individuation. While one doesn’t need to try to work with their dreams to understand them (individuation still happens), it stands to reason that you can learn faster if you do it intentionally.

The spirit refers to the intangible part of a man or woman, and just as you can learn from experiences that you have while awake, so can you learn from your dreams as Scrooge did.

Where do spiritual dreams come from?

Dreams have no substance. They’re a completely subjective experience. While some dreams feature a simple rehash of the day’s events, others seem to have a deeper, more profound purpose. One who studies their dreams can try to give them some substance by recording them in a dream journal. Yet that they are subjective makes them hard to study with a purely objective scientific process.

It’s a mistake to think that subjective means unimportant!

Spiritual dreams can seem to come from outside of our mind, from God, a guardian spirit (angel), or even from someone we once knew and who has died. People who recall their dreams well have reported getting information from their dream that they had no other way of knowing.

One can have many types of dreams. They’re like any other natural phenomena like clouds and other components of nature. Some dreams are a rehash of the day’s events, probably part of the brain and mind processing memories. Others seem to process emotions and feelings about different topics. These kinds of dreams can help you understand your feelings and beliefs. However, these relatively benign dreams can also have spiritual significance as they can lead to a spiritual awakening or change within you.

Where exactly spiritual dreams come from is a mystery. As with other fields of study, it’s necessary to keep an open mind to have any hope of feeling confident you’re getting at the truth.

In any case, one can be of any age and have a spiritual dream. In her autobiography,  Story of a Soul, St. Therese of Lisieux describes having one when she was three or four years old.

I was walking alone in the garden when suddenly I saw two horrible little devils near the arbor, dancing on a barrel of lime with amazing agility, in spite of having heavy irons on their feet. They looked at me with flaming eyes, then, as if overcome by fear, threw themselves in the twinkling of an eye to the bottom of the barrel. They escaped in some mysterious way and ran off to hide in the linen room, which opens onto the garden. When I saw how cowardly they were, I put my fears aside and went over to the window to see what they were up to. There the little wretches were, running round and round the table, and not knowing how to escape my gaze. From time to time they came nearer, still very agitated, to peep through the window; then, when they saw I was still there, they began racing about again in abject misery.

The child who grew to become a nun as a young adult understood the dream to mean that one close to God had nothing to fear from the devil, for she was just a little kid holding evil at bay with His help.

At the same time, Elisabeth Kübler-Ross found it extremely common for people nearing their death to report spiritual dreams.

What do spiritual dreams mean?

It’s not possible for someone to definitively tell you what a given spiritual dream means. The dreamer best interprets his or her own dream. Perhaps they can be assisted by a dream dictionary, or perhaps not.

The idea of a dream dictionary seems to have been inspired by the work of Austrian psychologist Carl Jung. Before Jung, Sigmund Freud related all dreams to sexual urges.

Jung, on the other hand, noted certain symbols in dreams have universal significance among people around the world. He also stated that many symbols in dreams have personal relevance. The symbols in a dream dictionary may be of some interest to you or may be wildly off in helping you understand the meaning of what seems to be a spiritual dream.

The best way to get at the meaning of a spiritual dream is to note the different objects and feelings within a dream. Then consider what each thing means to you. From there, you use your intuition to synthesize meaning.

The meaning of a dream isn’t always clear the following day. Sometimes it can take weeks, months, or even years to understand!

What nobody will tell you about your guardian angel (part 2).

Old dream journals may have the answer to your “why?”

Five techniques to use to stop thinking about something.

The DRS uses affiliate links in some banner ads. We may receive a commission if you click on a link and make a purchase, which does not affect our opinions.