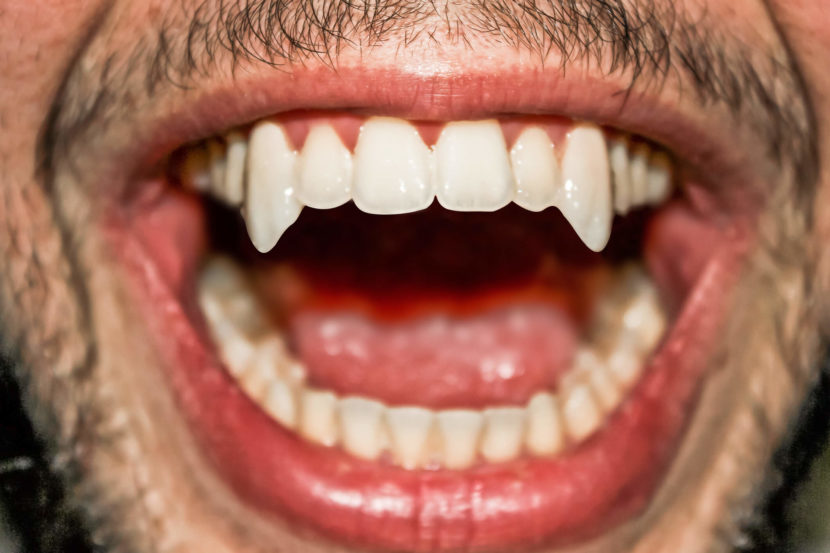 Sometimes they’re triggered by the potential for a May-December relationship or addiction troubles/questions.

Vampires are interesting creatures in the popular mind.

They’ve got a lot going for them in some ways—eternal life, incredible strength, and invulnerability to most things.

On the other hand, they live with some terrible disadvantages, too. They’ve got to keep feeding on humans to stay alive. They’re up all night when most people are asleep and they’re sort of people too. They live with loneliness because of this.

Vampires are hunted, vulnerable during the day to people who’d just as soon drive a stake into their chest. They turn into dust if exposed to the sun’s light. They’re cowed by the power of the cross.

And they’re repelled by garlic too.

That could be the worst thing of all. Garlic is great in so many dishes!

Ah, but a vampire wouldn’t care about that. They feed on blood.

In some ways, vampires are to be pitied. They don’t have a very good quality of life.

Vampires, fiction, and the mitigation of their weaknesses

Are any of these ways to compensate for the vampires’ weaknesses present in your dream?

The romantic dilemma of relationships with vampires

For many female dreamers, vampires represent a quandary in a romantic partner. The conflict is spiritual versus material.

The vampire has often been “alive” for hundreds of years. He could be very wealthy due to investments that have grown over time. He’s smart because he’s been alive for so long and has learned so much. He’s strong. He’s got good looks and is powerful in many ways. He can provide you with a lot—eternal life in the here and now. You’d never age, you’d always be beautiful. What’s not to love about the possibility of having him as a lover? It’s tempting.

But when you think about it, being his wife or lover would be problematic. It would require you to leave behind everything you know, like your body, your family, and your friends. The rest of your life would be unnatural, awake all night. Then you’d have to subsist by doing gross, disgusting things like sucking the blood out of living people like you were some kind of tick! What kind of sacrifices would you be willing to make for a relationship like that? Are the rewards compelling enough? On the other hand, would you regret not taking the risk?

The vampire mythos isn’t usually so compelling for those attracted to women like cisgendered men. There are typically fewer dreams about female vampires (Elvira could be a possible exception).

Dreams about vampires also find their way into dreams surrounding addiction issues. The vampire sometimes represents a drug that gives one a rush, a feeling of power. Then the effect of the drug wears off, leaving you to do depraved things to get more or feel like you’re going to die.

Vampires also can represent people in your life who are strong in some way but parasitic.

Writing in Dreams Interpreted, Lizzie Cornwall writes a dream of vampires represents a parasitic relationship—either you’re sucking the life force out of someone or they’re doing that to you. This can happen in many different ways, from subtle put-downs to explosive anger.

We use some affiliate links. If you click on a link and make a purchase, we might receive a commission. This has no effect on our opinions.

1 thought on “What’s the Spiritual Meaning of a Dream With Vampires?”