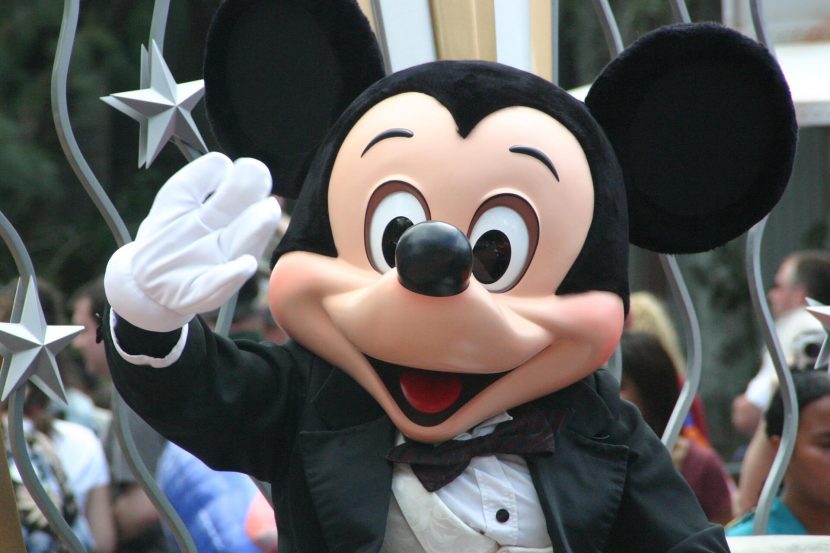 DreamMoods.com is a website with an online dream dictionary.

Whether online or in book form, a dream dictionary is worth a look if you want a laugh or have absolutely nothing better to do.

It does for dream interpretation what books about sun signs do for astrology.

Yet, for good or bad, it serves as an entryway into the art.

People have a dream about snakes, they search online: What do snakes in a dream mean?

The search engine refers you to Dreammoods.com. The website tells you.

Only you can know what a particular symbol means. Your dreams are individual.

They say that too on a corner of Dreammoods.com.

Then they proceed to post thousands of words where they analyze various symbols.

Those analyses will always fall short. They’ll be true for someone, sure, but definitely not for others.

Here’s how Dreammoods.com interprets Disneyland appearing in a dream: “To dream that you are at Disneyland indicates that you need to take some time off, especially after all the hard work that you have been involved in. Known as the “happiest place on earth,” the dream may suggest a lack of happiness in your life. You are looking for that happiness.”

This interpretation’s content is surely inspired by the old commercial “I’m going to Disney World.” The format of the commercial was repeated for years. Nevertheless,  a symbol like that would mean many different things to different people depending on their personal experience.

Someone who collects Disneyland memorabilia would have a completely different take on what Disneyland could be from someone who, say, is repelled by crowds and the thought of waiting in long lines in high temperatures. Chances are, the collector thinks of Disneyland as something near and dear to their heart. Mickey Mouse, Donald Duck, and Goofy bring happiness to them!

On the other hand, another person who remembers buying a pass to Disneyland and spending all day waiting in line could very well experience Disneyland as a Hell on Earth. They would be unlikely to equate crowds, long lines, and heat as anything happy.

Someone else might focus on the childhood dream aspect of Disneyland, something relating to the princesses aspect, wishing upon a star, something else like that.

The problem is a site like this cheapens the whole value one can get from dream interpretation.

If you were going to state with any authority what Disneyland appearing in a dream would mean, you’d need to find a sample of people who dreamed about Disneyland and what it meant to them.

Even then, the meaning would be very divergent.

Dream interpretation is a big part of the Dream Recovery System. People who use our system have a much better chance of getting to the heart of figuring out their dream means. Some people might read the instructions for dream interpretation, that you need to ask yourself what the various symbols in your dreams mean. Some people might regard that as too tough to do. Others might be resistant to it in some way.

If they’re being honest, it might be that dream interpretation isn’t for them.

That’s too bad. That means there’s a lot of aspects to themselves that are going to be left concealed.

However, with others, if they think about the symbols off and on for a while, an explanation might occur to them.

Dreammoods.com is far from a puzzle answer key.

What makes Dream Moods especially harmful to people trying to help themselves is the “sciencey” way it approaches it. There are articles on dream facts, dream theorists, and other aspects. Maybe that might give it some credibility in some people’s eyes.

Really, dream dictionaries and Dream Moods turn psychology into the equivalent of astrology in many people’s eyes, even without some “sciency” attempt to combine them.

Her books were a lot of fun, full of a lot of cute, light writing. Popular, they introduced tens of thousands of people to astrology.

Love Signs especially succeeded. It was 144 mini relationship studies. It succeeds not as non-fiction but, rather, as pure fun.

If you’re a fiction writer, Love Signs is a gold mine for understanding how you could develop different relationships between characters.

As far as being 100 percent accurate, well, no. Even Goodman herself said that a book on sun signs generally was only going to be about 80 percent accurate. When she wrote of the people born under the different signs, it was an archetype or tradition.

For example, Capricorns were traditional-minded and family-oriented.

What about young Capricorns who were rebelling against their family for one reason or another?

Some circumstances can influence one’s decision to rebel, whether they’re Capricorns or not.

While her books were fun (Linda Goodman died in 1995), she admitted they were generalized.

Also, she was writing in the ’60s. Today, it’s a small matter to get a personalized horoscope from one of the websites. If your birth information is accurate, you’ll get as accurate a picture of yourself as astrology is capable of providing.

With all of the different factors in a person’s astrological chart, that will always be more accurate about someone than her sun sign book. Individualized is always better.

Individualized statements are the only meaningful way to judge whether something applies to you.

Just like an astrology book on the different sun signs, Dream Moods is not individualized. Having Disneyland appear in a dream might mean you need to have some fun. Not for everyone. For a few people (who knows how many) it’s far from their idea of fun.

Yet generalized astrology books and generalized dream interpretation give ammunition to critics. Both are sub-standard practices of their respective arts.