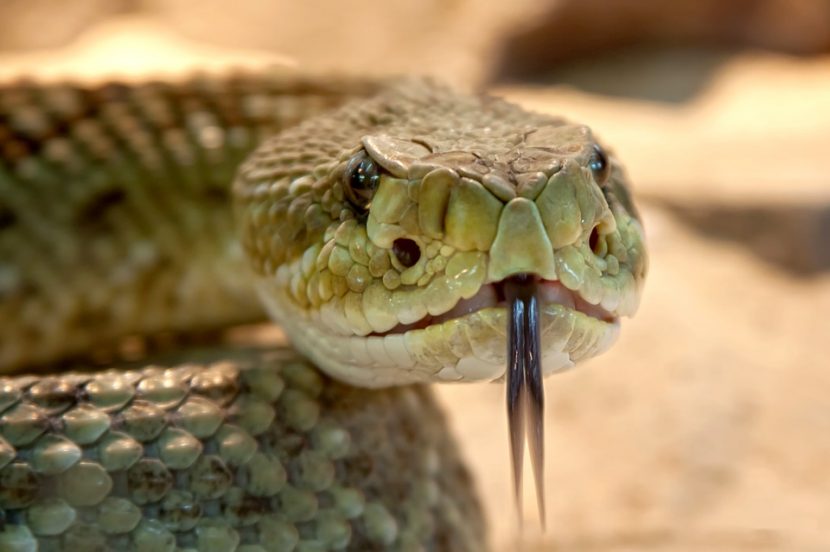 If you have a dream about snakes, it’s important to pay attention to how they presented themselves.

Were they slithering and creepy?

Was there just one snake?

Did it seem wise?

Were they twisting and moving along the ground?

Did you come upon them suddenly?

Was there many hanging from the trees like some fruit?

Did you fall into a pit of snakes in the dream, as with some kind of a trap set up by a supervillain?

Snakes are a common symbol for the subconscious

It’s pretty common to dream of snakes. There are over 60,000 monthly searches on Google by people looking for help in analyzing one, according to LSIgraph.

When searches hit that volume, even non-dream-focused websites pay attention. They’re going to have an article up there to get some of the traffic. Websites, as disparate as the HuffPost, have an article on what a dream about snakes means, neglecting less popular dream search topics.

When you have one, there’s probably symbolism your subconscious is trying to communicate. It doesn’t seem to be a “slice of the day” dream with so many searches. Most people go for months and years without encountering one, even if they live in a place with many of them. Snakes are known for keeping to themselves and staying hidden.

In over 40 years of relatively frequent hiking in a variety of deserts in the United States, I’ve only encountered snakes out on the trail a handful of times.

There was, however, a formative incident at my kindergarten in Ajo, Arizona, when one of my classmates found one near the playground. The whole class gathered around to look at it. Had snakes been more commonly encountered, the event wouldn’t have generated as much interest. You could never get so many little kids to come look at a jackrabbit, unless there was something really unique about the encounter.

When I’ve run across them in Arizona and Texas, it’s been while landscaping. That’s a pretty common role to encounter them in when you live in the Sonoran desert, probably other places too. Are all these Internet searchers by landscapers and gardeners? It doesn’t seem likely. For most people, actually encountering a snake doesn’t frequently happen unless you live in a place with an inordinate number of snakes like Sweetwater, Texas, home of the annual Rattlesnake Roundup.

What do snakes really mean to you?

Try to remember all of the details you can from the dream. In order to spur dream recall, The Dream Recovery System uses the acronym PACTREPS.

C = Colors — Did any colors stand out?

Putting it all together

The process of figuring out what your dream about snakes means to you is straightforward. Ask yourself the question. What do snakes mean to me?

Are you the kind of person who focuses on the role of the snake in the ecosystem? Are you fascinated with the way they swallow prey whole and have the meal dissolve in the stomach?

Snakes are fascinating. Personally, I think of living snakes in the same way plastic snake systems are used to clean swimming pools. Ecosystems use them and other creatures like them to clear unwanted pests.

When I was living in the foothills around Tucson, Arizona, in the United States, and I’d meet another male neighbor, it would never be long before the conversation would turn to packrats. I didn’t have half of the problem of my neighbors. That’s because I let the snakes alone on my property. I had an acre around me. If the snake came near my house, I removed him. The rattlesnakes kept the packrat population in check.

I’m pro-snake, even though I wouldn’t want one as a pet. Live and let live, I say. They’re great creatures who have an important role in the ecosystem even if we don’t often think too highly of them in the western-thought tradition.

This post includes affiliate links for which we receive a small commission if something is purchased through the link. Our opinions remain our own.

2 thoughts on “What Does a Dream About Snakes Mean?”