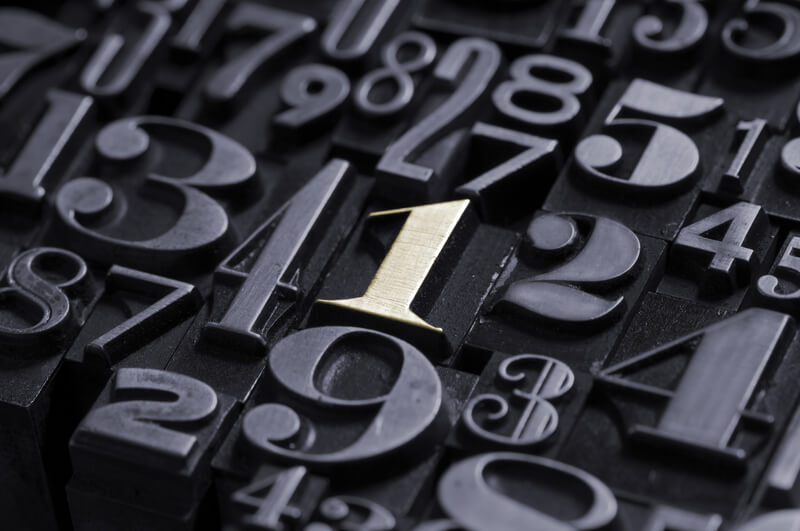 My grandfather used to say number 13 was lucky for him.

As related by my mother, the story was that he readily acknowledged how some people thought number 13 was bad luck. People also said that about black cats, too.

But, he supposedly said, a person needs to make up their own mind. A cat can’t help being black. Calling them “bad luck” just for that wasn’t right.

And, sometimes, when the number 13 comes up for you, it can be a good thing. It turned out that way for him many times, according to her.

If he had been freaked out by the number 13, then he would have missed out on some good opportunities, real estate, and the rest.

The attitude toward number 13 started because there were 13 guests at the Last Supper. The thirteenth guest, Judas, betrayed Jesus.

Don’t bother with anything like “angel numbers.” While your guardian angel or your subconscious might use numbers to communicate with you, it certainly doesn’t mean what some person writing something like that off of the top of their head says it means.

That they may be lucky or have some other positive or negative connotation may be true for the person saying that. That doesn’t mean it will hold for you.

Naturally, like my grandfather, you might get to liking some numbers more than others if you’ve noticed a positive pattern. Or, perhaps, you feel dread because you’ve noticed a negative pattern. It helps make sense out of the noise, the constant stream of information that modern people contend with. If you see the number 13 (or whatever) recurring in your life and your dreams, it’s natural that you might develop a particular attachment to it the way my grandfather did.

What matters is the symbolism that you attach to it.

That’s the way your subconscious can speak to you.

This article is targeted at people who approach the world through the lens of Western culture.

That matters because if you’re a reader who’s not influenced directly by that or from a mixture of cultures, then these potential meanings might not hold for you.

None. Nothing. Empty. Infinity. Void.

Also, the end (as in a countdown).

If visualized in a dream, be sure that it’s not referring to the letter “O.” Big difference. And zero won’t always appear as an “O” with a line through it because it doesn’t uniformly appear like that in real life.

Three Dog Night had a hit song about this: One Is the Loneliest Number.

If visualized in a dream, be sure it’s not referring to a lowercase “L.”

It could also be seen as an “I” on a numerical keyboard.

In Western culture, this number can mean many different things, sometimes even contradictory. Like other dream meanings, it depends on the individual.

Two can mean a couple, a duality, coming up short, or a pair.

The Trinity (Father, Son, Holy Spirit); Family (Mother, Father, Baby); Love Triangle (Choices as in this partner or that one, also: You love her, she loves him, he loves somebody else, you just can’t win).

It could also denote the concept of “crowd” as in “two’s company, three’s a crowd.”

If you turn the numeral display over in texting on a numerical pad, the “3” makes an “E.”

When we start getting to the larger single digits, the meanings become harder to pin down. Four could denote stability, as most buildings have four sides to them. Some numerology sites note that four is a practical number.

It could also mean luck, as in “four-leaf clover.”

Five could denote health as it relates to five fingers and five toes. If you miss one of them, you’re going to less than complete.

Some numerology sites say that 6 is the number of homes and family. Not sure of the relationship there, but in western culture, we talk about the “sixth sense” as a form of perception. Three sixes is seen as something evil, too, so some dream could play off of that association.

Seven is often seen as lucky or referring to luck.

In texting on a numerical keyboard, turning the display over “7” makes an “L.”

The meaning of other numbers

The meaning of other numbers can be variable, depending on a person’s experience.

Numbers larger and much larger than these can have highly individual meanings.

Sometimes they can combine.

For example, the number 1000 means prosperity, happiness, and perfection to me.

Why? Well, once I won $1,000 in a drawing and that made me happy because the money came at a very useful time.

Furthermore, when a batter in baseball comes up to bat and gets a hit every time his batting average is 1.000.

Have you had any numbers come up in a dream? Were you able to understand what they meant, what your subconscious was trying to communicate?

The Dream Recovery System uses affiliate links in display ads. If you click on an ad and make a purchase, we may receive a small commission. This has no affect on our opinions.