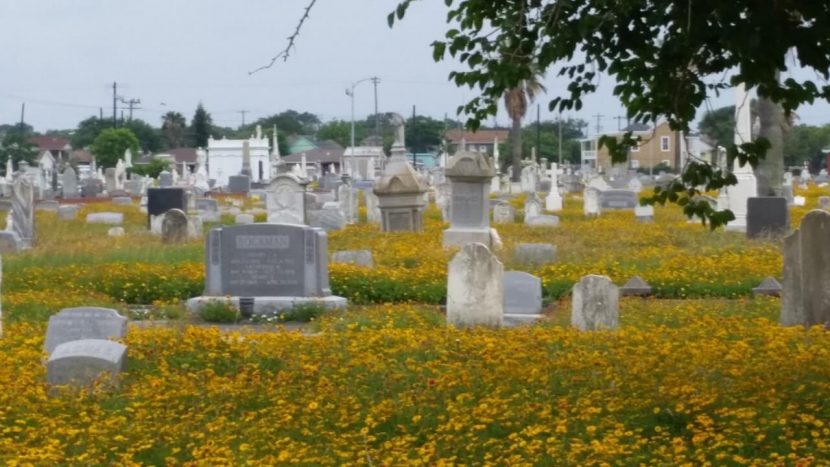 Plenty of people have had psychic experiences. These experiences transcend every culture, every country, every time period.

Why are you worried about talking about your psychic experience then?

Everyone has their own reason, but a common one is you don’t want to sound crazy. You don’t want people to doubt your mental health. Some psychic experiences are quite profound. They’re deep, moving, and emotional. That makes you feel vulnerable. Of course, it does! It’s called “wearing your heart on your sleeve.”

Another part of the reason, too, might be that the experience was so profound, so changing that you don’t know know if you can adequately put it into words. Trying might somehow cheapen it. It’s a sacred moment in your life.

You also aren’t sure if the person you’re telling your experience to will listen to you. Oh, they might listen, but will they hear?

Also, another complication of these kinds of experiences is often there isn’t physical evidence. There’s no photo of the UFO. There usually aren’t lab tests. And so on.

Their reaction to you is often confined to their own experience. If they’ve never had that kind of experience, or if they’ve ignored them, that’s going to shape how they think about what you’re telling them.

These communication complications apply to religious experiences as well.

An odd encounter with the supernatural

One evening I was going for a run, The sun was going down. I was visiting Cooperstown, N.Y. I’d been driving for about four hours that day. The plan was to see the Baseball Hall of Fame the next morning.

I was running through an old graveyard. At one point, it felt like I was in a crowd of people. Yet there was nobody there. I was all alone.

It wasn’t a bad feeling. I wasn’t scared. The sun comes up and the sun goes down every day. It just felt like a crowd and that was weird because I was all by myself.

Years later, I really don’t know why it felt like a crowd. I have absolutely no idea.

This isn’t a very exciting story. There’s no catchy hook at the beginning. There’s no problem to solve. It’s only a statement of what happened, what I felt.

I’m not used to these kinds of experiences. If I have any psychic ability, it’s far below the par of some other people.

When I’ve told this to others, what I wanted to know is if they’ve ever had these kinds of transient sensations. I wanted to have a discussion of what might have been behind the sensations.

The idea that usually comes up is that I encountered ghosts or spirits congregating in the graveyard.

I had no psychic communication with them. I merely felt their presence though didn’t see anything odd.

Some say they see shadow people in the middle of the day. Some people get pictures from people that have died.

I’ve never had any of those experiences. That’s not to say I don’t believe they happen to some people.

What I think is there’s a part or parts of the brain that are more and less developed in some people than others. Some people work on it. Others are alienated by it and neglect it.

Someone who was more materially-minded searching for an explanation would assume I was having some kind of chemical imbalance that caused me to feel like I was in the midst of a crowd. Or they might assume I was afraid of graveyards and that the fact that it was dusk was playing tricks on my mind and imagination

Chances are those hypotheses aren’t right. I’ve got a very matter-of-fact view of life and death. In my view, death is what comes afterlife. It’s what will happen to all of us sooner or later. A cemetery is simply where we keep the bodies.

There are many other people may have a hangup about it; not me. As far as a chemical imbalance, a transient one that lasted as long as I was running through the cemetery? Really?  Since then, I’ve passed through many graveyards at all times of the day and have never felt the same.

The suggestion isn’t completely improbable but, at the same time, I’d say that it’s very unlikely.

That’s why it was odd. It leaves me with so many unanswered questions.

What’s behind your fear of talking about your psychic experience

At the very least, your fear of talking about your psychic experience likely stems from the fear of seeming odd. The fear of having your experiences ignored or diminished. You also don’t want to be stigmatized.

It’s also hard to go outside of the experiences of your audience. If they’ve had experiences with the kind of thing you’re talking about, they’re more likely to appreciate and understand yours. Unfortunately, people don’t like the way these kinds of experiences make them feel. There’s a lot of baggage that comes with acknowledging them.

You have to appreciate how we live in a materialistically oriented society. That mindset pervades and transcends our approach to everything. We don’t always even realize it.

Why couldn’t one ask themselves how well they slept the night before? If they don’t feel rested, there’s a problem.

Instead, some people with problems turn to sleep trackers to quantitatively analyze how they’re feeling so they can get objective data.

Don’t misunderstand me. This is not necessarily a problem. Never mind that many sleep trackers on the market are wildly inaccurate.

It is, however, a cultural mindset. It’s hard to trust that which doesn’t have physical data.

Ghost hunters detect entities through EMP. Maybe my story would be better if I had gone back after my run and went through the graveyard with an EMP detector.

I didn’t. The experience happened before I knew anything about EMP detectors.

Don’t worry, though, skeptics explain away that too.

Being able to talk about your psychic experiences ultimately means presenting yourself authentically to others. Having a deeper connection feels great because you’re coming from a standpoint of complete honesty.

In light of all this, here are some general guidelines to talking about these kinds of things in our materialistic society.

Speak about your psychic experience objectively

Try to tell the story matter-of-factly. Some feel it makes for a better story to exaggerate details for effect. This isn’t the time. Simply relate the unvarnished truth. Discuss why you felt like it was genuine. Just as if you were in court, cross-examine your experience.

Does the person you’re considering talking about your psychic experience with seem open minded? They might be a good candidate.

Find out if they have had them before too. Ask if they believe in ghosts or spirits. If they do, they’re less likely to think less of you for your experience. Be willing to listen to them share the story of their experience.

Life is boring without any risk

You may be laughed at or ridiculed. Every time someone asks a question about ghosts, spirits, or angels on Quora, it seems as if someone else chimes in with an answer that insists there is no such thing or that there is no evidence.

There’s a chance that you’ll have to endure that kind of response, too.

You also might get a chance to listen to your friend talk about their psychic experience and your friendship may deepen.

Can the Meaningful Messages card deck help you become psychic at bedtime?

Rooting out lies from discarnates

On the possible influence of ghosts, demons, and angels on sleep

Is God communicating in your dream?