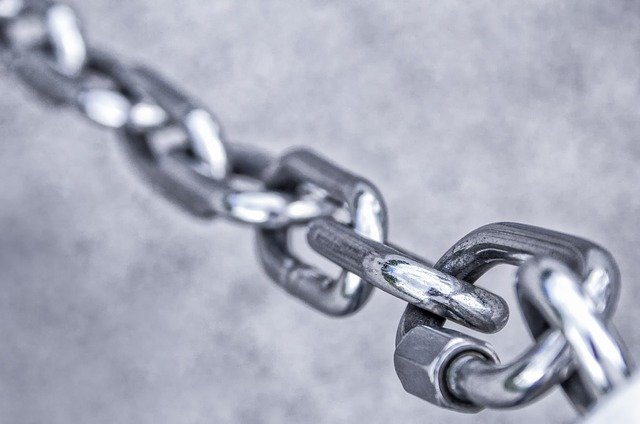 In a previous post, I compared several weeks of my dream journal to Blue Opossum’s. He responded to the April 12 blog post by e-mail.

Blue Opossum is a metacognitive dreamer, meaning he’s aware of a whole lot of his dreams, far more than most people.

There are misconceptions in your post, but that is to be expected. Still, you should probably have asked me beforehand to avoid such errors. I am quite surprised that anyone would read my online dream journal, particularly since it explains quantifiable causation rather than so-called interpretation. I say this from 20 years on the Internet. Most people seem to prefer promoting propaganda or trying to convince others of it. I can’t understand why people would ignore causation to pretend certain meanings unless there is evidence. For example, in some of the same dream segments, I have experienced virtually every sleep cycle since childhood. It makes zero sense to tie them to waking life dynamics.
That’s right. No propaganda on the Dream Recovery System. We’re into 100 percent straight talk.
First of all, I have kept consistent dream journals from age six. Some of my earliest dreams were on reel-to-reel before I learned how to read and write, and many copied to cassettes. From age eight, I kept large binders with notebook paper. Presently, most of my work is digital, though I back it up to a few locations.

This assumption is incorrect. The red x on the dream journal site means NO lucid intent. Intent does not matter much anyway for me other than with scripted dreams, which I never post.
If lucid intent were a factor, there would be one to five stars, typically with the method included (for example, “wake back to bed”).
People seem to stubbornly refuse to understand that so-called lucid dreams have the same phasing responses and causation as so-called non-lucid dreams. Lucid dreaming and dream control are unrelated.

Most people misunderstand sleep paralysis. It occurs throughout every dream, or you would be acting out your dreams while sleeping. I’ve used the term “sleep atonia.” Still, I find it very unfortunate that “sleep paralysis” is only used when the person is consciously aware of the otherwise common status throughout every sleep cycle. I consider it more propaganda to confuse people, and I am not really a conspiracy theorist. I only find how most dream lore as falsehood is a bit unusual and unexpected.
My regular in-dream anticipation of natural sleep myoclonus (also misunderstood) integrates into many dreams and has ZERO to do with waking-life status. How my dream renders it is often random.
Sleep myoclonus is an involuntary movement during sleep. It usually doesn’t disturb the sleeper or the bed partner.
My dreams have a lot of spiritual imagery, even ritualistic (such as healing, angels, and so on). Like other types, I do not post them online much.
My posted dreams do not include certain dream types, and there are thousands of childhood dreams not on the dream journal site. I also have many with the “private” attribute (for better grammar to include later if later ever comes). I guess you do not understand I only post a fraction of my dreams publicly. I do not post all my dreams to avoid flooding the front page of the dream journal site.

I use autosymbolism, not symbolism in the conventional sense, but how my dream correlates with…the dream state. It’s kind of obvious, but I have remained astounded since childhood by people who cannot grasp the concept, especially when the same material repeatedly occurs over a lifetime.
The virtual amnesia of dreaming does not seem a fertile ground for useful ideas, but I treasure the narratives and experiences. Every feature in my dream (DREAM space, that is, not liminal or transpersonal) is typically wrong in as many ways as possible in contrast to waking life. Others have noticed this regarding their dreams (for example, people are always writing about how their dream house is a combination of two or more houses they have lived). I believe it is to prevent memory corruption other than when in-dream factors correlate with legitimate awareness of waking life.
Since childhood, I have typically experienced and recalled from six to nine long dreams every sleep cycle. This attribute does not even include the multiple hypnagogic and post-hypnagogic dreams of each sleep cycle.
“Agnostic” is probably not the correct term for me. I know there is an intelligent force in the universe much higher than human mentality, but not in the religious sense people apply to it.
Color is not that big of a deal for me, unsure about why you thought that. Some become predominant at times but not overly so. For example, if red overtakes a dream, it usually means I have slept too long. Pepto-Bismol pink occurred in some childhood dreams with digestion issues. Blue is for the “Blue Flame” (spiritual identifier) for transpersonal communication with my wife, Zsuzsanna.

I usually do not enter into conversations about dreams anymore, especially in a group. Having been a metacognitive dreamer all my life, it is futile.

I am utterly baffled by how people cannot understand that much dream content results from being in the dream state, especially influences from vestibular phasing and REM atonia (at least of which are two of my most fundamental dreaming influences). It also includes the virtual amnesia of dreaming, validating that the pathways to the unconscious mind that so many people propagate do not exist in many instances.

I believe this is to prevent associations (or confusion) with waking life, not encourage it (sans enigmatic space such as with precognition or transpersonal communication or liminal space, such as with a typical bathroom wake-up call). Imagine what would happen if regular dreams modeled the real waking-life identity or correctly perceived settings and locations—memory corruption. However, I have talked with people with PTSD, and they claim they have genuine waking-life memory while dreaming, so I understand how people have different kinds of mental models.

I include “level of lucidity” in my entries on the dream journal site (but it is not that specific as I use it more as a dream counter for that site than anything else), but as I said, “lucid intent” (other than specific scripting) means nothing to me. I see no correlation between my level of lucidity and level of control other than, as I pointed out, higher lucidity brings in conscious bias and may result in less control (and to emphasize, experiencing a scripted dream does NOT necessarily initiate lucidity—something people never address at all, adding more to the confusion and propaganda between so-called lucid dreaming and so-called non-lucid dreaming. This status might be because I was a metacognitive dreamer long before I read about lucid dreaming.

In reviewing thousands of previous dreams (sans enigmatic space or legitimate transpersonal influence), narratives I do not script or control with literal implications ultimately are all “saying” the same thing—that I recognize the state of REM atonia (as well as myoclonic anticipation) at one point and that I manage vestibular system ambiguity (or other cortical phasing variations) that exists as a result of being in REM sleep—NOT as any result of waking-life status except occasionally—and that is usually distorted or with the wrong implications. Even so, I marvel at the uniqueness of the narratives. It is all about the mind-body reconnectivity of waking (and a precursor to viable physical awareness), as it should naturally be. Cerebral phasing on its own (for me), or thinking events related to trying to retrieve information, makes a dream far less vivid and usually results in errors. For example, in one of my last dreams, I wrongfully recalled “bite the wax snail” instead of “bite the wax tadpole” as the Chinese Coca-Cola reference and confused grapes with plums.

My last dream, in the final minutes, involved achieving awareness of needing to wake by removing an oversized old chain from a post. Chains have occurred this way often before, as a temporary focus on REM atonia (physical immobility while sleeping, as I certainly am never paralyzed when awake).

If I am aware (via metacognition) of what is transpiring, why pretend (or guess) it is something else? Most people do not naturally experience this metacognitive duality, which is not technically the same thing as lucidity, though related according to some sources. I say this especially as some “lucid dreamers” still talk about “interpretation” (rather than causation) which makes no sense to me…and if “lucid dreaming” correlates with control of a dream (which is incorrect despite this misinformation being virtually everywhere) in addition to metacognition, “interpretation” would be daft anyway.

Just Like the Moon the Mind Has Phases Too (part 2)

Call it the Semi-United States of the Mind (part 3)

Learn Anatomy and Physiology Before You Need It